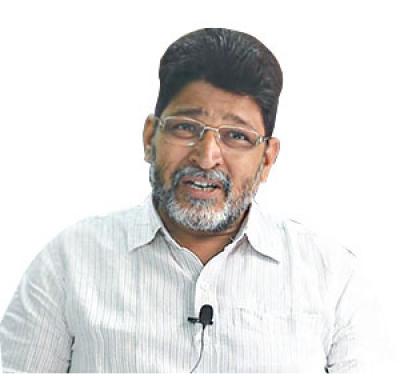 Land, whether owned or operated, is an important asset in rural India. Apart from ensuring food security and social status of a household, its value improves the family’s access to several other resources like credit markets. Therefore, land has always been a source of political, social and economic power.

In Punjab, the battle by Dalit (scheduled castes) households, most of whom are landless, for access to village common land or panchayati land has been going on for quite some years now.

The Punjab Village Common Lands (Regulation) Act, 1961 states that of the cultivated land proposed to be leased out, 30 per cent, 10 per cent and 10 per cent respectively shall be reserved for the Scheduled Caste, the Backward Class and dependents of those killed in any war.

A cultivable land of 80 hectares or more can be also leased out up to five years without auction to the collective farming cooperative society of the village under the Punjab Co-operative Societies Act, 1961 with the approval of Zila Parishad.

Due to land rights movement, 44 village panchayats have allotted panchayat land to Dalits since 2014. In 2017-18 alone, 55,200 ha of panchayat land was leased out, accounting for 81 per cent of the total common land in the state.

Access to this common land led to a significant improvement in the livelihoods of landless households, especially women who worked as daily agricultural labourers earlier; most now grow their own food, rear livestock and sell milk.

But some recent state policies aim to grab this land from panchayats. The draft agricultural policy of Punjab (2018) states: “The Government shall make efforts… to promote climate resilient agriculture by ensuring that village common lands are used to provide required biodiversity to protect agriculture… Additionally, a biodiversity reserve of about one hectare will be planned in each village.”

In 2017, the government asked village panchayats to use one-third of the village common land for planting trees to increase green cover in the state which is only 4.85 per cent, besides generating employment under the Mahatma Gandhi National Rural Employment Guarantee Scheme.

While these policies were well intentioned, the Industrial and Business Development Policy-2017 proposed to take away panchayat lands for industry which is at cross purpose. It says the government will help identify and transfer common lands and unutilised government lands to the infrastructure development authority for setting up industrial parks.

The recent nod to amend the Village Common Lands Act proposes acquiring the common land for setting up a land bank for industrial projects.

This amendment would affect the income of panchayats that support local development work — land-generated income of panchayats across Punjab in 2016-17 was Rs 292.7 crore — and make them dependent on the Union and state governments, defying all the provisions about decentralisation.

It would also take away from the landless Dalit households their hard-earned access to common lands and the hope of getting it in many more villages across the state.

Even the Vidhan Sabha Committee report on farmer suicides did not pay attention to the issue of leasing of common land to the Dalit farm labour households.

Punjab is not alone in such anti-poor shift in policy. Earlier, Gujarat had handed over the ceiling surplus land, meant for the poor and marginal farmers, to the industry citing the need for land for industrialisation. The question that should be asked is: Why can’t a revenue sharing model be used for privately owned land for its use for industrial development, as has been done in Haryana and Andhra Pradesh instead of taking away the livelihoods sources of the most marginalised?

Sukhpal Singh is professor and chairperson, Centre for Management of Agriculture, Indian Institute of Management, Ahmedabad