We need to build wealth from prudent and wise use of natural resources. Use scare water for fruit economy instead of paddy 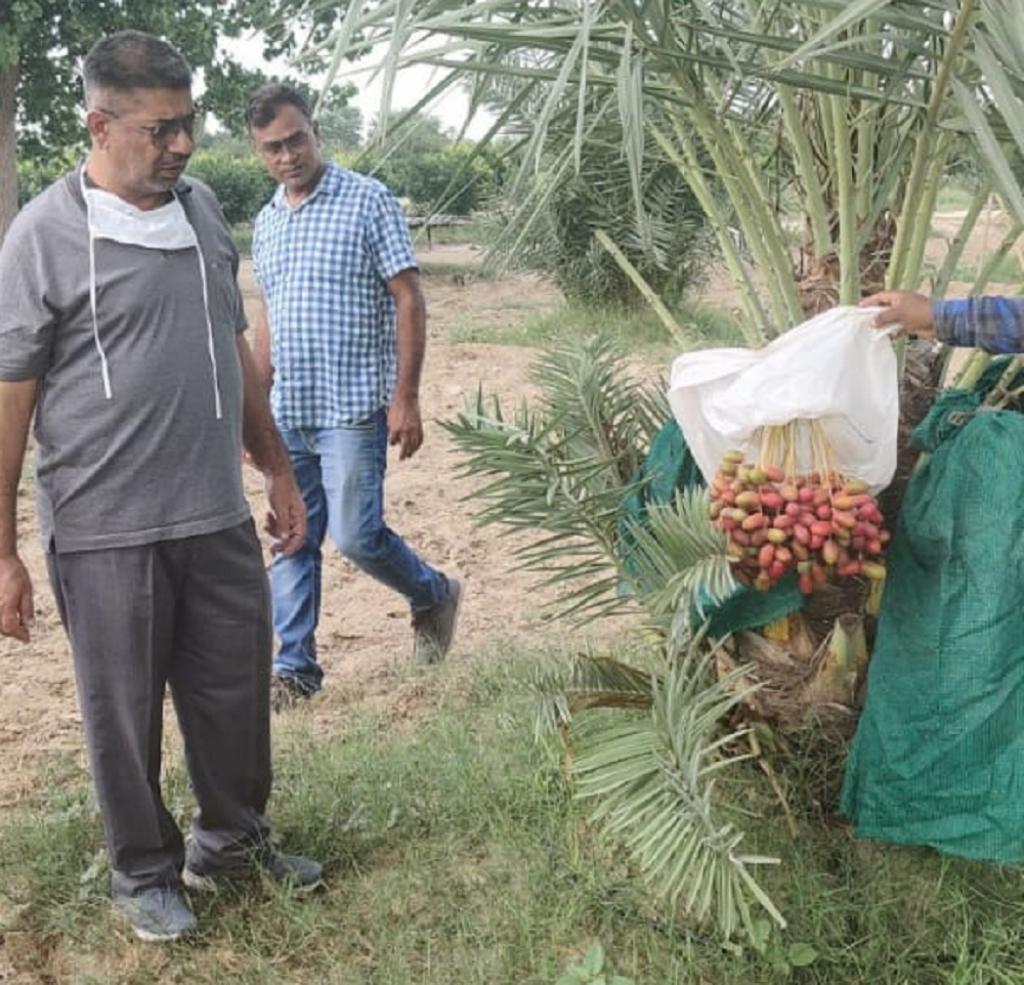 The pear tree I am looking at is nearly bent to the ground under the weight of fruits — 50-100 kilograms grows on each tree in this 50-year-old orchard. Then my gaze shifts to guava, plum, peach and miles of kinnow and other citruses. And, of course, there was date palm.

No, I did not visit Israel last fortnight. I was in Abohar in Fazilka district of Punjab, at the border of Pakistan and then crossed over to Sri Ganganagar district in Rajasthan. This is the region of the Rajasthan Canal, also known as the Indira Gandhi Nahar.

It was incredible to see how water can transform land; and also to learn of the initiative, the scientific knowledge and the risk that the pioneers took to make the desert green. The Indira Gandhi Nahar extends almost 400 km, bringing water of the Sutlej and Beas rivers up to Bikaner and Jaisalmer.

But as the journey of water lengthens, the demand goes up. Along with prosperity, the canal brings conflict and competition over the increasingly scarce water. But instead of working to build a water-prudent economy, water-guzzling paddy is now being grown where the canal reaches.

All the talk about diversification of agriculture, breaking away from the paddy-wheat cycle and moving to crops that will be water prudent is just not happening on the ground. How can this precious water be used optimally?

It is here that agroforestry with fruit trees — horticulture — can play a critical role. It provides high-value agriculture; water usage is less with efficient use of drip irrigation.

More importantly, it could be the basis of economic growth and jobs — fruit trees have huge potential not just for nutrition-providing juice but also for their use in pharmaceutical and cosmetic industries. Then there is the date palm — it grows in saline groundwater, so it does not even need the precious canal water.

But my visit told me that the fruit revolution is still a story in the making. My first stop was at the Punjab Agricultural University’s Dr J C Bakhshi Regional Research Station in Abohar where scientists are working painstakingly to improve the productivity of fruit trees; they are using tissue culture to find salinity- and pest-tolerant species.

This is where I saw the mind-boggling vision of fruit-laden pear trees growing in the desert. I also saw the date palm, grown from tissue culture, which is so profitable that every sapling costs Rs 4,500 and yet, there is a two-year waiting period for farmers to get one.

The demand is so high in  Rajasthan that the state government has had to restrict the number of saplings that a farmer can buy. The sheer hunger and potential of the change became apparent.

Then I visited the farm of the late Kartar Singh Narula who brought kinnow to this dry region of Sri Ganganagar way back in the 1960s, when the canal waters had just reached.

It is said that Jawaharlal Nehru was so taken by this idea that he was keen to visit Narula’s Lyallpur farm but had to cut short his journey because of the death of President Rajendra Prasad. Today, run by Narula’s family, the farm is full of every species of citrus that you can think of.

It’s the proverbial oasis in the desert. It was also in this period that Balram Jakhar — who we all know as a stalwart politician — started his kinnow farms in Abohar.

These men had the vision to think, not of rice that would guzzle the water, but of this high-value crop of citrus. They wanted sustainable productivity. They understood the advantages of water-prudent, high-value production.

Today, the Jakhar farms are run by his grandson, farmer leader Ajay Jakhar. Here, I saw incredible technological interventions to grow good quality citrus plants at scale — Jakhar nursery alone produces over 100,000 citrus saplings a year. And there is demand for more.

The scale of the transformation is huge and the potential for change is massive: We know the world needs to move towards nature-based solutions; we need to build wealth from sustainable use of natural resources, including water; we need to grow trees to sequester carbon dioxide; and we need to build livelihoods.

But I came back with unanswered questions — the spirit of the fruit revolution seems to have got lost along the way. We saw fruit trees, but no efforts to add value from the produce; not even through juice production at scale.

We saw no signs of any other efforts to build the fruit economy. Instead, we saw and heard of the still growing popularity of paddy cultivation in this dry region.

Then there is the question of sustainability. We know that fruit trees are grown with massive inputs of chemical fertilisers and pesticides — all fruit-growing regions of the world have problems of toxins. So, what can be done and done differently?

Questions aside, my visit to the farms of Abohar and Sri Ganganagar filled me with excitement of the possibility of future changes. For this is where the new economy must go — it is about nature, nutrition and farmers first.