Losses caused by air pollution in India annually are 3% of its 2019 GDP and twice its annual public health expenditure, according to a new report 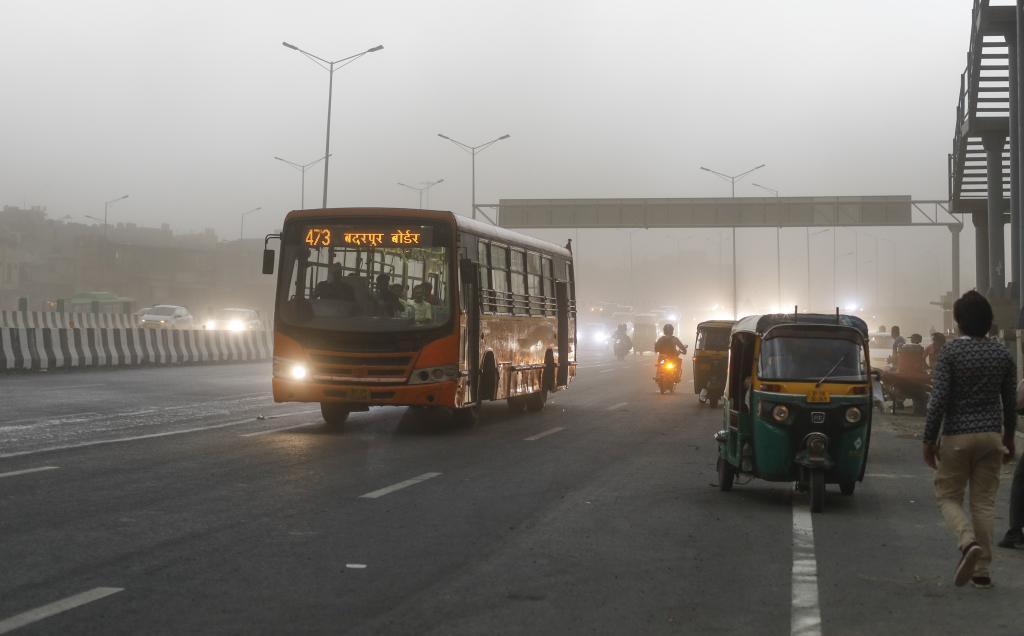 Air pollution in India has caused losses of up to Rs 7 lakh crore ($95 billion) annually according to a new report released jointly by UK-based non-profit Clean Air Fund, management firm Dalberg Advisors and the Confederation of Indian Industry (CII).

This is 40 per cent of the cost of tackling the novel coronavirus disease (COVID-19) pandemic and about three per cent of India’s gross domestic product (GDP).

This is the first major study that goes beyond the realms of health impacts of air pollution and quantifies the financial losses faced by Indian business due to the perpetual lack of clean air.

Let us first look at the cost of loss of productivity due to worker absenteeism. The report quotes a Spain-based study that showed every 10 microgram per cubic metre increase in PM10 levels correlated with an approximately two per cent increase in absenteeism due to sick leaves.

Traditionally, the Indian workforce would never take time off for mild discomfort, let alone due to air pollution. Hence, these habits of presenteeism take an increasing toll on the physical and cognitive performance at work.

In a specific case study at Bengaluru’s Whitefield corporate zone, there was lesser attendance by almost 12 per cent between November and January, wherein pollution levels were much more severe than in the period between June to August.

It was found that a mere 10-unit increase in PM2.5 levels corresponded to a 3.9 per cent decrease in worker traffic in the area in 2019. This proves two vital arguments: First, air pollution is now a pan-India issue and is not just limited to the Indo-Gangetic Plain. Second, the average office goer is indeed affected by air pollution, across all age groups, as seen in the youthful IT workforce.

Let us now look at consumer footfall. Air pollution directly impacts revenues due to reduced consumer footfall. Poor air quality discourages shoppers to not venture out of their homes and this manifests in the account books, especially for businesses that have a direct consumer interface.

At present, higher incidences of air pollution lead to a decrease of 1.3 per cent in consumer spending. The numbers are especially bad for the tourism industry, with the impact being as high as 7.4 per cent with losses close $1.7 billion every year.

While recurring high pollution episodes lead to short term revenue loss, there are associated risks of long-term reputation loss. The common concern among international tourists is that of air pollution, thereby leading to them reconsidering their plans to travel to India.

This has led to close to 820,000 jobs lost in tourism and allied sectors. In a survey conducted among 39 major tourism and hospitality businesses, it was revealed that 64 per cent saw air pollution as a contributing factor towards declining tourism activities. Further, operational costs had increased, especially in case of business travel as some corporations now chose to empanel hotels with air purifiers in each room.

Finally, there is a massive opportunity cost associated with premature mortality due to air pollution and this very factor affects India the most. A study quoted in the report claimed that about $225 million of global income was lost annually due to early deaths caused by air pollution.

Predictably, these losses were the highest in South Asia, amounting close to one per cent of the regional GDP. While these figures are sobering, it is worthwhile to note that air pollution affects non-human assets’ efficiency as well.

There is now credible evidence to show that air pollution reduces the efficiency and lifespans of solar panels. A decrease in solar panels’ productivity was observed by solar rooftop companies on days that had poorer air quality.

This would have ramifications in the market viability of solar panels in India in the future, particularly in the residential sector. It was found that for every 100-unit increase in PM2.5 levels, there was a 13 pe rcent decrease in solar panel productivity.

At the industrial level, the productivity loss led to a rise in energy production costs from Rs 2.61 per kilowatt hour to Rs 2.91 per kWh. This increase is staggering as it offsets 67 per cent of the cost advantage associated with solar panels over coal.

Overall, air pollution losses culminate impacts worth $95 billion in India. To put this figure in perspective, this is about three per cent of India’s 2019 GDP and twice the amount of India’s annual public health expenditure. And these are only the direct impacts.

Indirect pathways of impact include increase in healthcare expenditure and non-market welfare loss. It is well-known that poorer air quality leads to higher number of hospitalisations, particularly in high pollution periods.

It is difficult to quantify these expenses as there is considerable variation in employee healthcare insurance coverage across industries. But what is absolutely clear is that higher pollution drives up healthcare expenditure not just at an individual level, but also increases welfare spending.

Further, non-market welfare costs primarily cover the inability of workers to participate in activities beyond their jobs. For instance, higher pollutant concentration might prevent volunteers and caregivers from travelling to engage with beneficiaries.

One might argue that all these numbers are amplified due to the ongoing COVID-19 pandemic. Another argument could be that at present, all businesses are suffering due to the pandemic and impacts of air pollution are nowhere close.

The authors do point out that the cost of increased air pollution to businesses is only about 43 per cent of the pandemic. However, this is and will be a recurring cost annually, till actual steps towards mitigation are put in place.

So, while vaccines might be able to suppress the pandemic in a few years, air pollution, unless addressed will continue to play havoc on health and business across India.