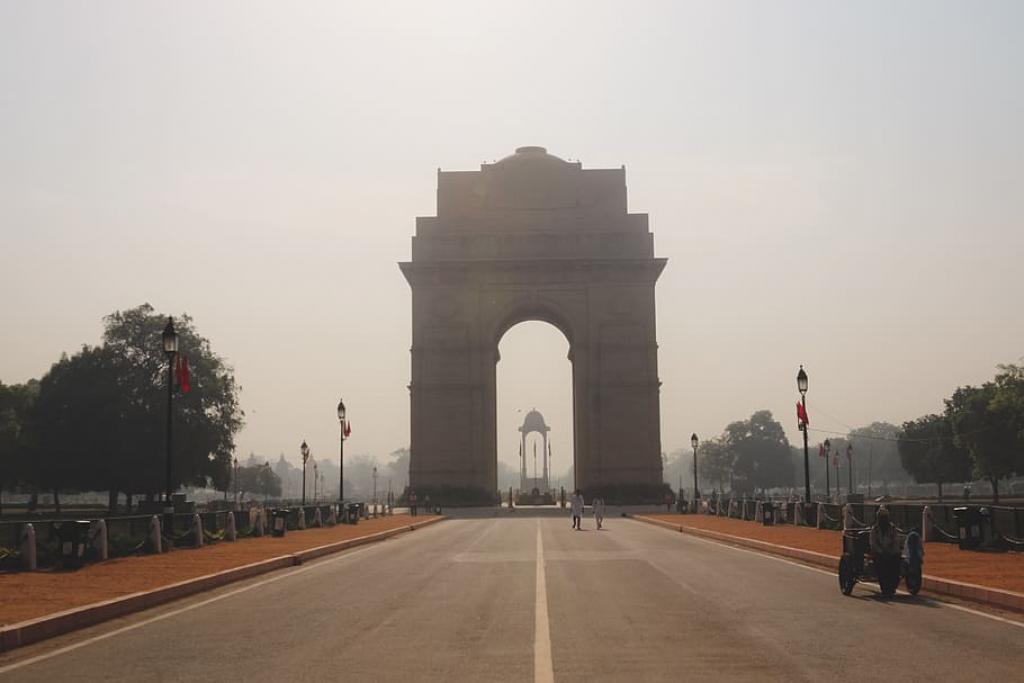 Air pollution kills an estimated seven million people worldwide every year, according to the World Health Organisation. It also says that 9 out of 10 people breathe air containing high levels of pollutants.

Getting to visit Delhi amid the novel coronavirus disease (COVID-19) lockdown and breathing fresh, breezy air reminded me how lackadaisical we were in realisaing that the air we were breathing was unhealthy for us. My mind was flooded with excuses we keep telling ourselves for not having a better environment.

As architects, we consider ourselves to be the facilitators of a sustainable future. But are we creating one?

Many communities underwent a revival of sorts during the lockdown, creating a possibility that probably didn’t exist pre-COVID-19. What can we do, as architects, to make use of this revival? Can we create new ‘normals’ in our daily practice which have little or no negative impact on the air quality? Can we help air quality.

A public health emergency was declared in the national capital New Delhi for having an air quality index (AQI) of more than 900 — way over the 500-level that qualifies as ‘severe-plus’ — in November, 2019. The city, home to many historical and architectural marvels, was hidden behind a screen of smog.

According to the Delhi Pollution Control Committee officials, 30 per cent of air pollution is caused due to dust emanating from construction sites.

A developing country like ours that has resorted to urbanisation and industrialisation to eradicate other problems such poverty and hunger, issues like air and water pollution are often ignored or not given the attention it deserves. Infrastructure is the backbone of any growing economy, which implies that a complete ban on construction is not feasible.

So the need of the hour is to identify the various sources of pollution due to the construction industry, for which eco-friendly alternatives can be implemented / suggested. These sources are identified as:

The nationwide lockdown that lasted for more than two months renewed hopes for better air. The AQI level was noted to be as low as 87 in some areas of Delhi (as recorded on April 1, 2020).

Architects and other people associated with the construction industry have a crucial role to play. From conceptualisation to completion, there are eco-friendly alternatives that can be chosen to reduce the impact of our work on air quality.

We need to strictly ensure that guidelines laid down by the various national government bodies like Central Pollution Control Board, NCT and Model Building bye-laws for construction to minimise its impact on air quality are rigorously followed. They include:

Avoiding on site grinding and cutting and casting work, promoting pre-fabricated buildings, increasing the use of vernacular materials are some other things that can be followed.

A person spends 87 per cent of his / her time indoors. The material choice of the interior of the building, hence, should be given utmost importance, not only by the basis of its appearance and aesthetics but also by the impact it has on the indoor air quality.
Many complain about Sick Building Syndrome, caused by the use of materials that contain pollutants that have high content of volatile organic compounds (VOC) such as paint and polish. But, there are some alternative products which we can use that can have less impact on air quality:

Paints, laminates, wallpaper and plaster can be a source of volatile organic compounds inside a building. It would be recommended to use the building frame materials which if left raw and exposed, are sustainable and aesthetically appealing. Other alternatives for finishes are paint.
There are three categories of paints available in the market depending on their content of VOC which would be recommended:

We should try to avoid using synthetic flooring materials like laminates, vinyl, stone plastic composite and marmoleum as most of them are petroleum-based synthetic products made up of polyvinyl chloride resin along with additives such as plasticisers, stabilisers, pigments and fillers that contain toxic substances.

These also need adhesives and glues to be produced and fixed with the floor slab. But adhesives contain formaldehyde that has adverse effects on human health. Tiles, natural stones like marble, kota stones and slates, concrete flooring, carpeted flooring are among some options that can be explored.

We can also eliminate the sources of poor air quality in the building. One way of doing this is by moulding. A Mould is a fungus which can grow on building materials when exposed to nutrients, sufficient amounts of water and adequate temperature that can have toxic impact on the air quality.

It is the most common way for us to know that the building has some internal damage in the structure. We cannot change the nutrient or temperature of the building, but we can ensure that the moisture content is negligible by doing by providing enough ventilation so the humidity level is low.

Some other ways are:

Volatile organic compound content in a material reduces with time, hence after the completion of the project, the clients should be advised to move it into a building after so that its effect can be reduced.

We can also introduce new products / techniques that help in reducing the AQI level. One of them is use of titanium dioxide, which is a smog cleaning material. Hempcrete, a replacement of concrete using hemp, lime and water, can also be used. Hempis an organically fast produced material and is also a high carbon absorbing plant.

Producing a ton of cement gives off approximately 850 kilogram of carbon dioxide, hence using lime instead of cement will reduce around 80 per cent CO2 compared to the conventional method.

We should increase outdoor air supply, which can be done via

One should regularly clean the house so that dust on the floor and walls does not re-circulate and act as an active source of pollution.