India has unique reasons for faster adoption of electric vehicles, but we need to be bold and aggressive in our plans 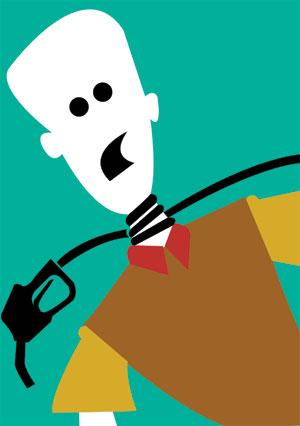 India's transport minister Nitin Gadkari recently threw the cat among the pigeons. He told a gathering of automobile industry executives that he would not hesitate to “bulldoze” his way to alternative fuels in the country. “Whether you like it or not” India will move to electric and biomass-fuelled vehicles in the “interest of pollution and saving on fuel import bills”. This statement, made at the annual convention of the Society of Indian Automobile Manufacturers (SIAM), sent shock waves in the powerful industry. “We are already doing more than necessary to make transitions to cleaner vehicle technology,” they said.

The fact is that our automobile industry cries too much about policy uncertainty. The industry has had a roadmap for the transition to cleaner fuel but it either ignored the roadmap or whittled it down to make it weak. When it could not do so, it cried murder. For instance, BS-IV standards for fuel and emissions had come into India in 2010. They were to be implemented across the country by March 2017. But the industry, instead of preparing for it, believed that the cleaner fuel would not be available and they would continue selling BS-III vehicles beyond the deadline. It was not allowed to do so. Shock.

All in all, carmakers have refused to read the writing on the wall that pollution is a genuine and serious public health concern in the country. This is not policy uncertainty. This is about their blindness to public debate and public policy.

Against this backdrop, Gadkari’s policy leadership on electric and alternative-fuel vehicles is exciting. The question now should be what needs to be done to drastically increase the share of cleaner vehicles on our roads. Also remember that we have unique reasons for faster adoption of electric vehicles. Our vehicle ownership is still minuscule, particularly if you count cars. In Delhi, for instance, it is estimated that roughly 21 per cent people own cars and some 40 per cent own motorcycles. The 2011 Census found that roughly 10 per cent of urban Indians owned a car. All in all, a large section is yet to move to vehicle ownership, so it can motorise differently.

Our e-vehicle imperative is also different. In the rest of the motorised world, e-vehicles are finding it difficult to compete with cleaner and much more fuel-efficient modern cars. We cannot ignore that e-vehicles, if they use fossil energy—that is, coal or even natural gas used in power plants—will displace carbon dioxide generation but not replace it. In other words, there will still be pollution, but it will no longer come from the tail-pipe of a car, but the smokestack of a power plant. But e-vehicles provide solutions to local air pollution, which we desperately need. As the minister said, they will also reduce the fuel import bill.

It is for this reason that we need to be bold and aggressive about our e-vehicle plans. Till recently, the Indian government’s policy was lackluster, to put it politely. Earlier this year, my colleagues at the Centre for Science and Environment had put out a detailed analysis of the first phase of the Faster Adoption and Manufacturing of Hybrid and Electric Vehicle (FAME) programme. They found that the incentive scheme had willy-nilly pushed mild diesel hybrid cars in the name of notching up numbers in electro-mobility. As much as 60 per cent of the FAME incentives had been cornered by private cars that were neither electric nor strong hybrids.

Since then much has changed. The revised FAME programme will not incentivise mild hybrids. It also puts the thrust on electric buses, which have the big potential to change not just vehicles, but mobility.

This is where the nub is. Most Indians do not drive personal vehicles. The opportunity is to think big so that we do not first move to cars and then back to bicycles. Instead we must combine the programmes for both clean vehicles and public transport vehicles. For instance, there is the option of light rail in cities—the old tram we have discarded. It works on electricity. Then there is the option of fleets of buses running on dedicated e-wired highways so that they can be charged on the move or at dedicated points. This, combined with e-mobility for last mile connectivity, will change life on the move, for the better.

This requires careful thinking. The first big issue is to find ways of driving down the cost of this public infrastructure or ways of paying for it. One option is to use large-scale public procurement as was done in the case of LED lights. The other option is to build differently so that the cost of fuel—in this case, battery—is not linked to the cost of the vehicle. In this way, we buy the car and then swap batteries as we go around or someday do away with them altogether.

If we plan for e-mobility, not e-vehicles, our answers and options will change. This is the opportunity. Let’s not miss the bus this time.