Do not dismiss dust fall event only as an act of god. Crack down on dust sources and push for green walling and vegetative barrier across the region 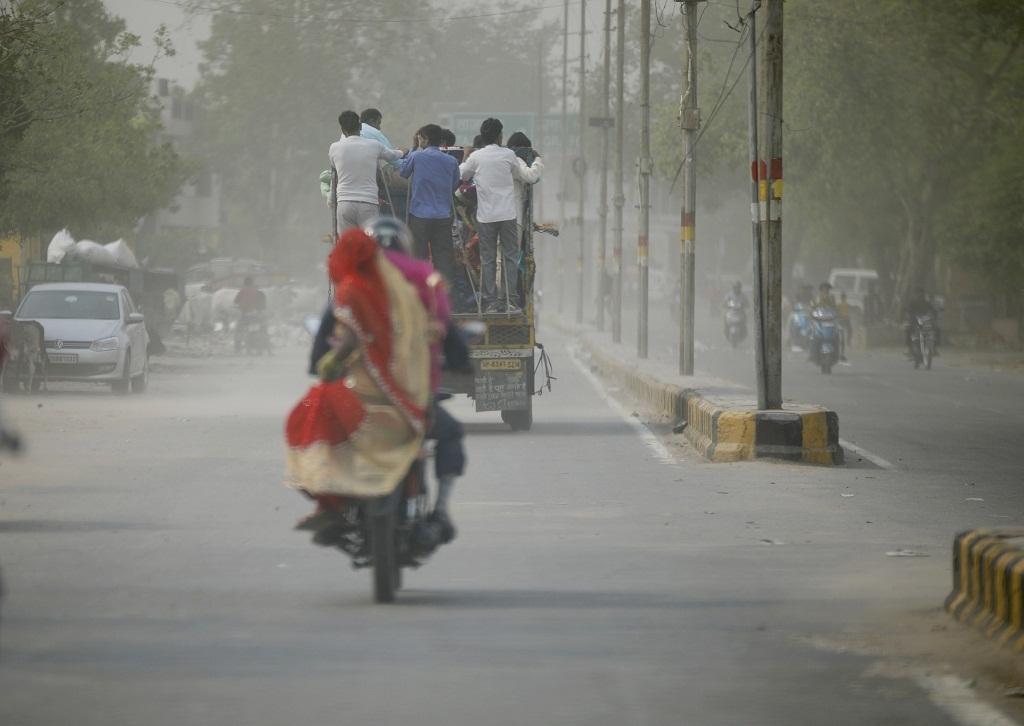 Since June 12, a large part of Northern India has been engulfed in a massive haze of dust. Weather scientists from the India Meteorological Department (IMD) say that an aggressive, westerly wind blowing at a speed of 40-50 km over a vast expanse of Punjab, Haryana, Rajasthan, Delhi, the plains of Uttarakhand and Western Uttar Pradesh is picking up the huge swathe of dust. Due to the suspension of dust, visibility is low and airborne particles have crossed the danger mark in Delhi and the surrounding region. The current phenomenon is different from the localised dust and thunder storm combination or aandhi that typically charecterise the Indian summer, especially in Northern India. This time, a prolonged dry spell and surprising trends in westerly winds have created this regional haze. The weather scientists say that this dust veil may get lifted in a couple of days with the weakening of wind and chances of rain. But the dust haze in Delhi has already led to a hue and cry and the question on everybody’s mind is: how dangerous is this phenomenon?

In response to the current crisis and as part of the Graded Response Action Plan, the Environment Pollution Control (Prevention and Control) Authority has already sent out an advisory to curtail construction activities, shut down hot mix plants and organised sprinkling. The Lt Governor on Thursday ordered that all civil construction activities in Delhi be stopped from June 16. The Haryana government has initiated closure of construction and hot mix plants among others in the NCR region. 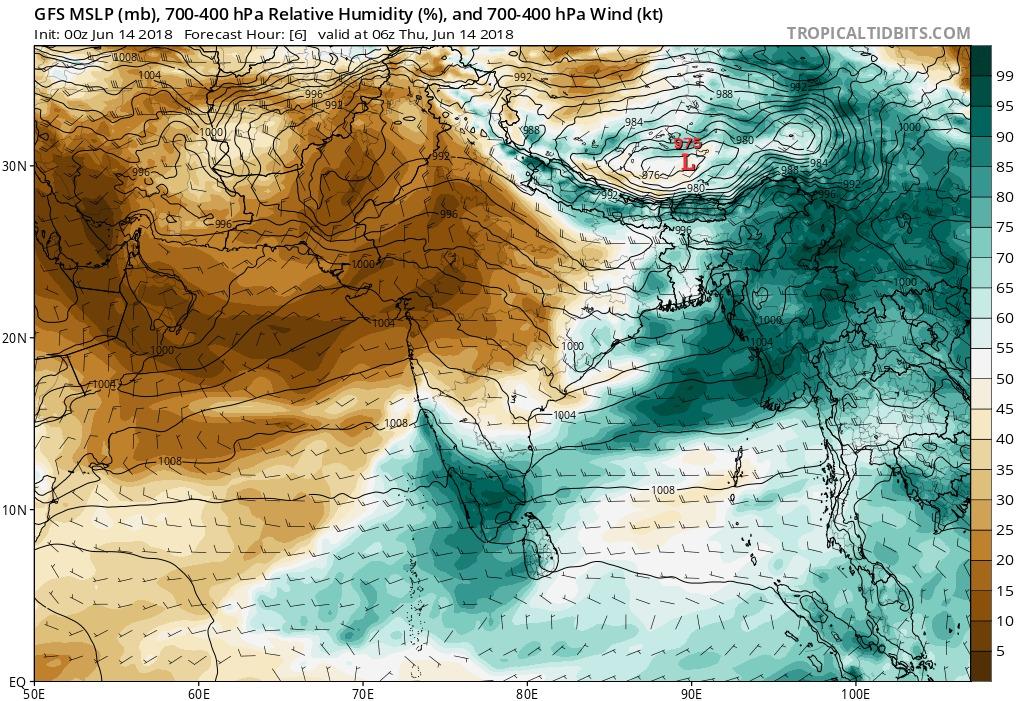 So what is this summer pollution all about?

Every year, the summer season traps heat and dust in the Northern Indian region. We already know from the source apportionment and inventory study of the Indian Institute of Technology, Kanpur (IITK), in 2015, that the overall average concentration of PM10 in the summer season is usually over 500 µg/m against the national ambient air quality standard of 100 µg/m. The crustal dust accounts for about 40 per cent of the total particulate matter in summer. Loose soil, road dust and airborne fly ash smudge Delhi’s air. The highest crustal fraction was found in parts of south and east Delhi, forming as much as 44 per cent of the total particulate matter.

Summer pollution is very different from winter pollution when lack of wind, low temperature and inversion trap pollution inside the city. The IITK study mentions that air is more toxic in winter than in summer as it contains a much larger contribution of combustion products in the former than in the latter. It warns that in summer, to improve air quality, we need effective control solutions for soil and road dust, fly ash re-suspension and solid waste burning. Yet, it is important to understand the risk from summer dust to protect public health.

How dangerous is dust?

Simply put, the yellow-brown dust is an odd mix of natural erosion of soil, sand and rock mixed with pollen, microscopic organisms, plant material and dander. Wind-blown dust from deserts, digging activities, and re-suspension of road dust, all add up to create the dust haze. Relatively bigger particles fall out of the air quickly and fairly close to where it got lifted but smaller particles remain airborne for a longer period of time.

Normally, in its pristine nature, dust is not considered that toxic and is seen as a respiratory irritant. But what makes dust deadly is the way it accumulates toxic substances from other combustion sources including vehicles, industry, solid waste and biomass burning in urban environments. Countless dust particles in the air offer a huge surface area for other deadly substances to cling on and dust becomes the carrier of toxic stuff. Several studies in Delhi and the National Capital Region (NCR) have found the chemical signature of different pollution sources in dust particles. Scientists put dust particles under the microscope to look for elements that help them to trace the impact of variety of pollution sources. Studies in Delhi by several agencies have looked for a wide variety of elements including magnesium, lead, zinc, iron, manganese, copper, cadmium, chromium, nickel and many more, to understand the impact of industrial activities like metal processing or vehicular pollution. Dust carries the tell-tale signs.

Messes up our health

Coarse dust particles are usually trapped and filtered by our nose and mouth and are not considered as dangerous as the tinier ones that go deep inside the lungs and mix with the blood stream. Coarse dust is a respiratory irritant. It causes irritation of the eyes, coughing, sneezing, asthma attacks and worsens symptoms of chronic obstructive airways disease (COAD) or emphysema. Infants, young children and elderly people are particularly vulnerable.

Global studies have shown that heavy dust events are associated with an increased risk of hospitalizations for asthma. Even desert dust particles that move around the globe cause inflammatory responses in the airways. Studies show that areas impacted by desert dust storms, such as communities in the Middle East and the Caribbean, have higher incidences of asthma than might be expected. In countries like Australia, also very vulnerable to massive dust storms, the particle levels can soar from very low levels to over 1000 microgramme per cum within a short time span. Short term increases in emergency hospital admission during the short duration dust event can be as high as 39 per cent in Australia. Such local studies related to dust falls in India are rare.

The current situation in Delhi and the NCR warrants emergency action under the Graded Response Action Plan. Even though a lot of dust is coming from outside, local sources of dust in the urban environment are also enormous. Stringent dust suppressant measures for construction sites, open digging, road dust and fly ash dumps need to kick in immediately in Delhi and the NCR. This should be supported by strong action on solid waste burning, stringent control on vehicles and industry to reduce the toxicity and toxic exposure. Strong local action will help to create ecological space and reduce the impact of dust from outside.

This dust event is also a lesson for long-term action. Delhi and the NCR and the rest of the Northern region will have to fight a serious battle against desertification and erosion of green cover. Urban green cover and the dense forest cover of the Aravalli forest barrier around Delhi and the NCR are eroding rapidly and aiding in desertification. This will make this region even more vulnerable in the future. Urban planning will have to include extensive greening of urbanscape.

With increased desertification, enormous soil erosion, inappropriate agricultural practices, and a rise in global temperature, dust storm events are becoming more intense and frequent, both in India and abroad. Dust events are not ignored in other parts of the world. In fact, regions like Sub-Saharan Africa, the Middle East and Australia that are hugely vulnerable to dust fall from deserts, do routine dust fall monitoring in addition to ambient particulate monitoring. They measure dust fall with a dust fall deposit gauge that collects dust over a period of time and measures dust fall rate and dust deposits in milligrams per square metre per day. Countries in Africa including South Africa and Senegal monitor dust fall to plan their mitigation measures.

Learn from Africa. The “Great Green Wall” initiative is creating a barrier of vegetation in vulnerable areas across the continent. This is expected to be 4,000-mile wall of trees stretching across the Sahel, from Senegal to Djibouti. In Senegal, which is fighting massive seasonal dust fall, the wall is intended to be a 545 km-long curtain of vegetation. Expansion of forest cover, greening of urban landscapes and vegetative barriers are the ultimate solution.

It will be dangerous to ignore this problem of dust as an act of God. Wind may blow but it need not whip up so much dust if urban development and greening are effectively planned and implemented. We cannot bear to breathe so much dust when toxic emissions from our vehicles and industry are also rising. It is possible to control this problem. Make all dust generating activities—from digging of roads to construction, accountable, and initiate massive afforestation. Act now.