It’s that time of the year again

The air pollution concern is today widespread, but there is an incomplete agenda that needs further attention 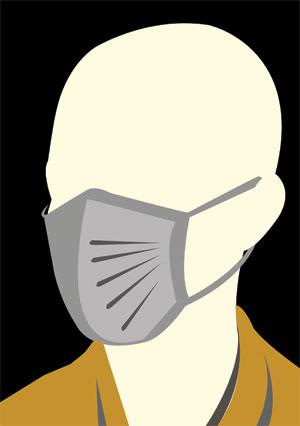 Winter is closing in. The cold will bring inversion and trap the pollutants close to the ground where we breathe. But this year, I hope, we will breathe at least a little easier. Why do I say so? Let’s take stock of what we have done and what needs to be done in the agenda for the right to clean air.

First, there is the issue of public awareness. This is crucial and makes the difference between inaction and action. I believe, the air pollution concern is today widespread. Last winter’s public health emergency—when pollution levels spiraled out of control—has brought about a clear understanding of the link between toxins and our bodies. From pesticide poisoning to water pollution, this body connection is hard to establish. More importantly, there is a cop-out option. For instance, in the case of water pollution, we don’t connect the dying river to our taps. And if we do, there is always the option of installing a household water filter, or just buying bottled water. So it is not our business to push for change.

But air pollution is a great societal leveller. As I have written before, install all the air purifiers you want, but you will have to breathe air sometimes. Also, the nature of pollutants is mutating so fast that the air purifiers in our homes cannot keep pace. So, action is needed. We drive the change because it impacts our bodies; our children’s health.

Second, there is a plan for action. I find that most of the time action is lost because we have a million reasons why something else needs to be done and not anything specific. I’m not being facetious. This is a fact. Think about it.

Last year, this time, with pollution choking us; my colleagues pushed for a smog emergency plan. This plan, goaded by the Supreme Court (SC), was notified by the Union environment ministry in January 2017. Called the Graded Response Action Plan (GRAP), it lists a set of actions to be taken as and when pollution levels rise. Think of it as a disaster alert system, which requires taking tougher and tougher actions as pollution levels rise. The red alert is when things are out of control and the city comes to a standstill. But the aim is not to shut the city, but to work hard to implement each level of action, so that the city (region) does not need to take emergency action. This winter, the GRAP’s very poor-severe category (level 3 and 4) kick in on October 17 and will continue till the winter ebbs in late February or mid-March. This is being done to ensure that air pollutants don’t escalate to the point of emergency (level 5).

As per the plan, the following steps need to be taken: One, to close down the Badarpur thermal power plant, which adds to Delhi’s pollution; two, to shut down brick kilns in the National Capital Region (NCR), that have not converted to zigzag technology—much cleaner than the current method. And thirdly, to increase the watch on all things that contribute to air pollution, from construction, garbage burning to visibly polluting vehicles. This requires regular attention from the very top of the governance chain. Hopefully this will happen this year.

The third big win is that based on this plan and the Environment Pollution (Prevention and Control) Authority for NCR (EPCA), a dense network of pollution monitoring stations will be set up in the region. So, for the first time, instead of getting a vague idea of pollution, we will know where the levels are spiking and so local action can be taken to control ambient air pollution.

The fourth big win is that SC insisted on the introduction of BS IV fuel and vehicles in April this year. This will add to pollution gains. Trucks, which are the biggest contributor to vehicular emissions, will spew much less toxins. It’s another matter that the gains of cleaner fuels are being lost because of larger numbers of trucks and dirty technology. But still it is an improvement.

The fifth gain is the gradual reduction in the sale of private diesel vehicles that are beginning to show up—largely because of the 10-year age cap imposed by the National Green Tribunal and the closing of the price gap between the two fuels.

That said there is an incomplete agenda that needs further attention. India imports and uses massive amounts of dirty fuels like pet coke and furnace oil. The emissions are deadly and uncontrolled. Then, there is the issue of the roughly 30-day period of crop burning in neighbouring states. This agenda requires careful handling so that farmers have alternatives. We also need to move more of our vehicles, factories and power plants to cleaner fuels like natural gas.

But let me stop here. The fact is that we know what to do. If we keep our focus and don’t drop the ball, and keep taking action, then pollution will go away. Let’s keep at it.