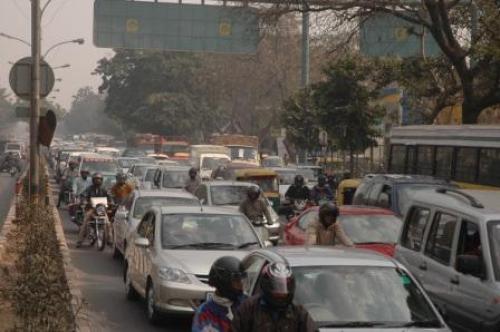 Sorry, we cannot change principles. The central government fails to defend people from rising health concerns from diesel emissions, does not argue for higher taxes on diesel cars and has no plans to increase tax on diesel fuel enjoyed by car owners, who can afford cleaner options.

Polluter must pay or the government must change its policies of low tax, commit to Bharat Stage (BS) 6 by 2020 and speed up BS 4 coverage as soon as possible.

It is an irony that carmakers get away by paying a meagre 1 per cent of the cost of diesel cars while the emission data nails that they emit 7 to 21 times more particulates.

The Supreme Court on Friday decided to allow the registration of big diesel cars over 2,000 cc which were earlier banned by the court in December 16, 2015.

It was well known that there is a clear benefit in reduced emissions from such cars because the central government legally allows diesels to emit three times more nitrogen oxide and several times more PM vis-à-vis petrol under the Bharat Stage 4 regime.

Many cities in Europe, which have promoted diesel for the benefit of fuel economy, could not find much carbon dioxide reduction as being a cheap fuel, people tend to drive more. Also diesel engines emit black carbon/soot that warms up the air.

The central government supported the carmakers. It is undoubtedly that being a manufacturing sector they play a key role in the GDP. But why cannot the government say why it allows low tax on diesel which is misused in an unintended sector of personal cars.

It is well known that a common person, whether rich or poor, is driven by lesser economic burden. So, while the subsidy on diesel fuel was lifted, the government continued with low-fuel tax regime on diesel fuel. So, people kept on buying diesel cars..

Despite deregulation excise duty on diesel is Rs 17.33/litre while for petrol it is Rs 21.48—which is 24 per cent higher. When it comes to state governments, Delhi charges Rs 13 per litre of VAT on petrol, but in case of diesel it is a mere Rs 7.75 per litre. Even in this case, petrol fuel’s VAT is 70 per cent higher.

All these tax distortions makes diesel cheaper by about Rs 9 a litre (diesel Rs 52.29/litre and petrol is Rs 61.14 per litre). A simple calculation will indicate that how it means a much cleaner fuel using petrol car or two-wheeler ends up paying more while a diesel cars pay a meagre amount.

It is argued and it is often true that for a kilometre travel, a diesel car runs two to three km more on a litre of fuel consumed vis-à-vis a petrol car.

What’s the crime if someone uses diesel as after all it is fuel for all? It is the logic that often developing countries follow because diesel is priced less for agriculturists, public and goods transporters.

But if such a benefit is given by the government anyone wise (including rich, unfortunately) will opt for a diesel car. This is what is happening. The other trouble with diesels is that diesel soot causes lung cancer. Who will pay for that? Who is going to suffer from diesel exhaust? All of us who walk and cycle, use public transport, even those who drive diesel cars will suffer. So, diesel is not a win-win solution till we get BS 6. It does not ensure climate or health benefits.

A meagre 1 per cent on a diesel car costing for instance Rs 6 to 10 lakh will be just Rs 6,000 for 15 years while a petrol car would have by that time pay Rs 2 lakh extra than what a diesel car should have paid.

Hope good sense prevails till we get Bharat Stage 6 diesel. Unfortunately, the government spends a lot on healthcare as many people are poor. Also there are no defences from air pollution. But how can a rich person drive a diesel with a “feel good” green tax of a mere 1 per cent?