There is no denying the fact that wind–blown dust contributes significantly to the pollution problem, but this should not divert our attention and efforts from devising solutions to curb anthropogenic emissions 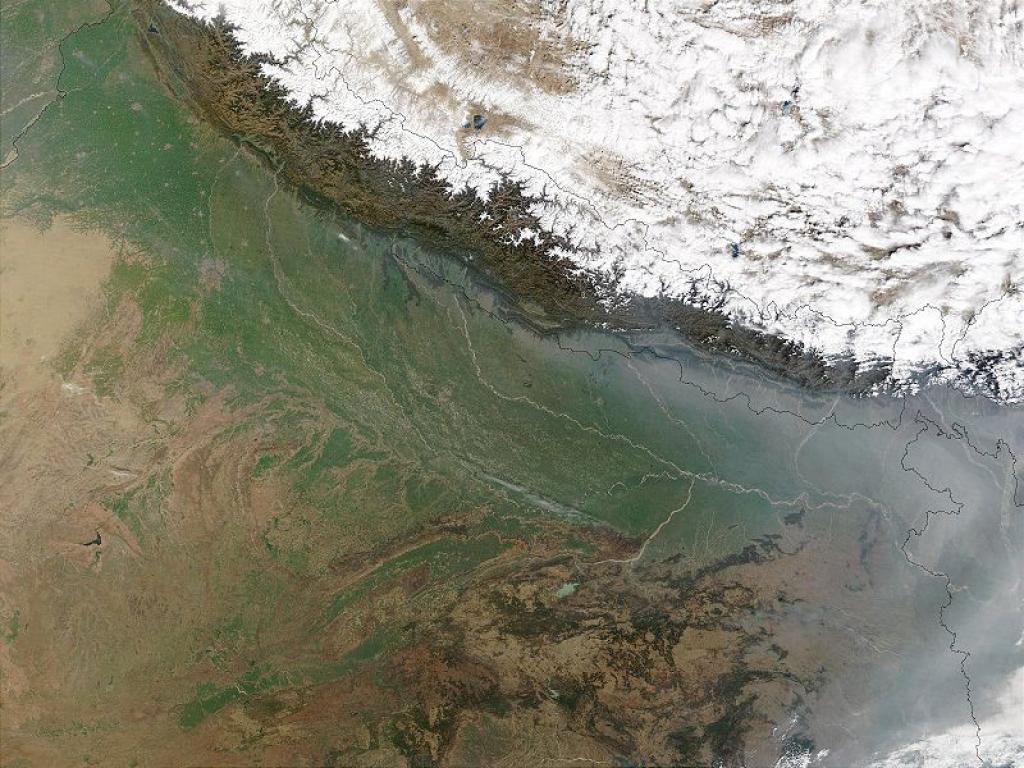 The World Health Organization (WHO) recently released an updated list of most polluted cities globally. It turns out that if we rank cities on the basis of average annual PM2.5 concentration for the year 2016, 14 of the 20 most polluted cities are in India. It is worth noting that all these cities, including Kanpur, Faridabad, Varanasi, Gaya, Patna, Delhi, Lucknow, Agra, Muzaffarpur, Srinagar, Gurgaon, Jaipur, Patiala and Jodhpur are situated in the northern part of the country.

The question that ensues is, why is the northern part of our country becoming the pollution capital of the world. Does the answer lie in the explosive growth in vehicular population or the incessant use of dirty fossil fuels by industries or in the unrestrained constructions with heaps of uncovered dust marring the landscape of our cities? While these are the major pieces of the pollution puzzle, the inherent disadvantages of the Indo-Gangetic plain stemming from its geographical location and soil composition cannot be ruled out.

Wind convergence zone: The Indo-Gangetic plain is essentially landlocked. According to Sachchidananda Tripathi, senior scientist at IIT-Kanpur, the Himalayas prevent polluted air from escaping to the north creating the so called “valley effect”. Other studies have pointed out that the formation of low pressure troughs across this region causes winds to converge, resulting in trapping of local, as well as pollution from outside.

Loose Alluvial Soil:  The Indus-Ganga belt is the world’s largest stretch of uninterrupted alluvium deposits. As fertile as alluvium is, it is composed of loose unconsolidated particles. Thus, dry alluvial soil significantly contributes to wind-blown dust.

Seasonal variation of particulate matter composition:  The very few source apportionment studies that have been carried out for the cities situated in the Indo-Gangetic basin point out that the relative proportion of dust exceeds the contribution from anthropogenic sources.  It would be worthwhile to note how the relative contribution of dust changes with seasonal variation. The IIT-Kanpur source apportionment study for Delhi reveals that while dust accounts for 40 per cent of total PM10 in summer, it accounts for only 13 per cent in winter.  Widespread dust events are a common phenomenon in the northern part of the country during summers. There is no denying the fact that wind–blown dust contributes significantly to the pollution problem, but this should not divert our attention and efforts from devising solutions to curb anthropogenic emissions.

Are cities in southern India really cleaner than their northern counterparts?

While cities from the southern part of India also feature in the “most polluted cities” list, their relative rank with respect to their northern counterparts is much lower.  According to the WHO database, the average annual PM2.5 concentration in Kanpur in 2016 was 173 ug/m3, while it was found to be 52 ug/m3 and 47 ug/m3 in Chennai and Bengaluru, respectively. These cities do have the inherent advantage of coastal breeze influence that tends to dissipate pollution.

Does this imply that cities in southern part of the country are breathing cleaner air?

A 2011 report by the Health Effects Institute, Boston, assesses air pollution and mortality in Delhi and Chennai. The results are quite intriguing. While a 0.4 per cent increase in mortality risk per 10-µg/m3 increase in PM10 concentration was observed in Chennai, it was found to be 0.15 per cent per 10-µg/m3 increase in Delhi. This is indicative of the fact that while the pollutant concentrations are higher in Delhi than Chennai, but the toxicity of particulate matter in Chennai may be higher.

The WHO database or the Global burden of Disease, all point out that Indian cities, whether situated in the North or South, are going through a massive air pollution crisis. As indicated above, particulate matter originating from fossil fuel combustion is more hazardous than ambient particulates, which tend to have a higher proportion of dust. Hence, source-specific PM control measures need to be strategised and prioritised, targeting toxic PM emissions first. While local-level policy and technological interventions are certainly the call of the hour, a national-level integrated plan needs to be put in place. Cities in the same airshed, such as those  in the Indo-Gangetic basin, cannot be looked at in isolation. Outside and regional contributions need to be taken into account prior to introduction of policy measures to combat pollution.