E-rickshaws have proliferated because most of them remain unregistered; there is a need to regulate their operations 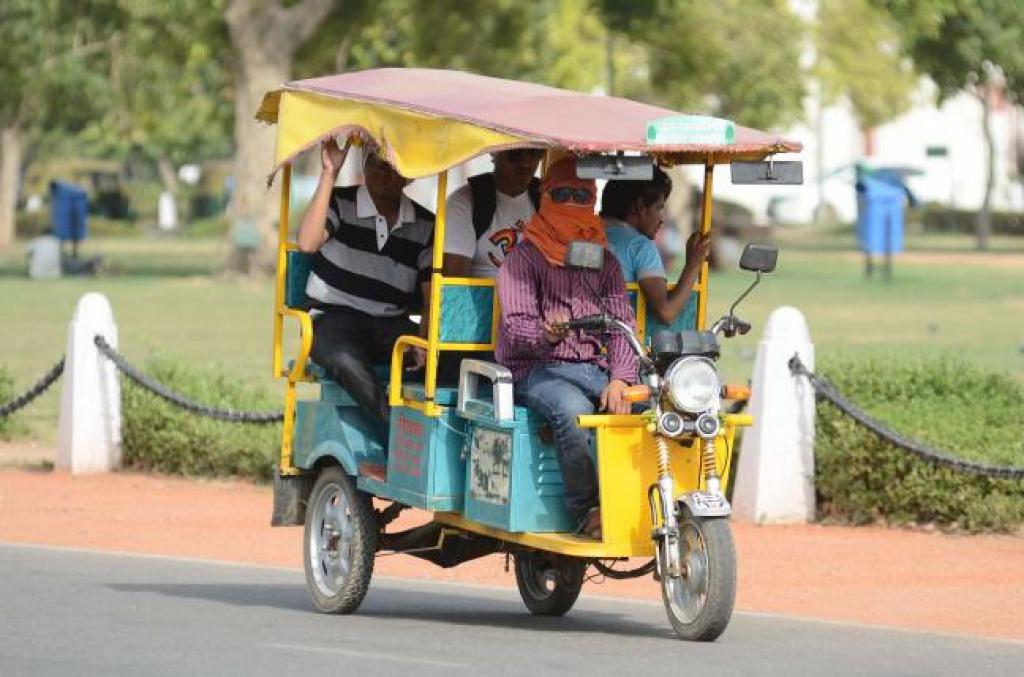 Intermediate Para Transit (IPT) — a system that facilitates flexible passenger transportation and that does not necessarily follow fixed routes and schedules — is an integral part of the mobility ecosystem in Indian cities. The toxic emissions by the conventional internal combustion engine (ICE), however, are worrisome.

ICE-IPT vehicles contribute to vehicular pollution share: A conventional three-wheeler running on liquefied petroleum gas (LPG) emits approximately 0.005 tonnes of Particulate Matter10 (PM10) in a year and about 3.72 tonnes carbon dioxide in a year, according to a study conducted by The Energy Research Institute (TERI).

Alternative fuel-based mobility options are being explored to combat these problems. And electric three-wheel based IPT segment, especially electric-rickshaws (e-rickshaw), are emerging as a winner in this transition.

There are, however, multiple challenges that need to be addressed to make this transition smooth.

India currently has around 15 lakh e-rickshaws that increase with additional sales of around 11,000 new ones every month. These figures could be much higher as a large percentage is still unregistered. The market is expected to witness a sale of 9.25 lakh e-rickshaw by 2024.

The major growth drivers behind this tremendous growth are socio-economic and environmental benefits, along with the supportive government policy landscape:

Despite their mass deployment, there are several issues associated with the regulation of e-rickshaws.

Their components are imported from outside but are assembled in India. These are usually non-standardised and assembled in local workshops without complying with standards.

The replacement cost per battery is Rs 25,000-Rs 28,000. The lead-acid batteries are usually weigh close to 80 kilograms, which reduces vehicle mileage. As the battery cannot be refurbished, an e-rickshaw owner typically returns it to the vendor it has run its life.

Used batteries are often disposed of carelessly, harming the environment. The Union government discontinued subsidy for lead acid-based e-rickshaws from October 2019 amid FAME I.

As a result, drivers do not hold valid licenses and the safety of passengers is compromised.

For electric rickshaw market to flourish in a sustainable way, a combination of policy and regulatory interventions are needed as discussed below:

Need to improve product design and quality: Considering the rampant growth of e-rickshaws in absence of regulatory framework, it is important to bring the supply chain into a formal channel. While specified rules and safety standards have been laid down in recent years, cheaper e-rickshaws assembled by manufacturers with low quality parts imported from China. They, hence, ply illegally on the roads.

There are about 340 e-rickshaw manufacturing units in Delhi alone, but very few are compliant with the ARAI / ICAT standards. The life of these electric rickshaws is barely1-1.5 years.

It is important that manufacturers relook and come up with a better design. As mentioned in a media report, the Union minister of road transport and highways had recently said the government is ready to fund if the e-rickshaw manufacturers are ready to work with any Indian Institute of Technology for improvement in quality, testing, norms and design.

Track adherence to safety standards of e-rickshaws: E-rickshaw owners would be asked to show a road worthiness certificate from their manufacturer or registered e-rickshaw association, along with valid driving license to the Regional Transport Authorities (RTA).

The RTAs can then provide an approval certificate, which can be randomly checked by the traffic police as it is done in case of Pollution under Control (PUC) certificate.

Localising manufacturing of lithium-ion battery: India heavily relies on China for import of batteries due to which in the cost breakup of EVs, battery occupies a major chunk. The localisation of battery manufacturing will help in reducing the overall cost of EV, debar the usage of cheap lead-acid battery which is majorly used in e-rickshaws, and generate employment opportunities.

The whole process of localization will take place in several phases. The initial years shall be invested in research and development (R&D) and creating a market ecosystem.

In the intermediate phase, only the import of lithium-ion cells can be done and battery assembled in India.

Therefore, e-rickshaw manufacturers should launch buy and back scheme through which scientific disposal of lead-acid-based e-rickshaws can be linked with discount on purchase of a new lithium-ion-based ones.