Punjab, Haryana and Uttar Pradesh need to identify the major aggregators in their respective states and ensure allocation of suitable land and machines for harvesting and baling of crop residue for safe storage 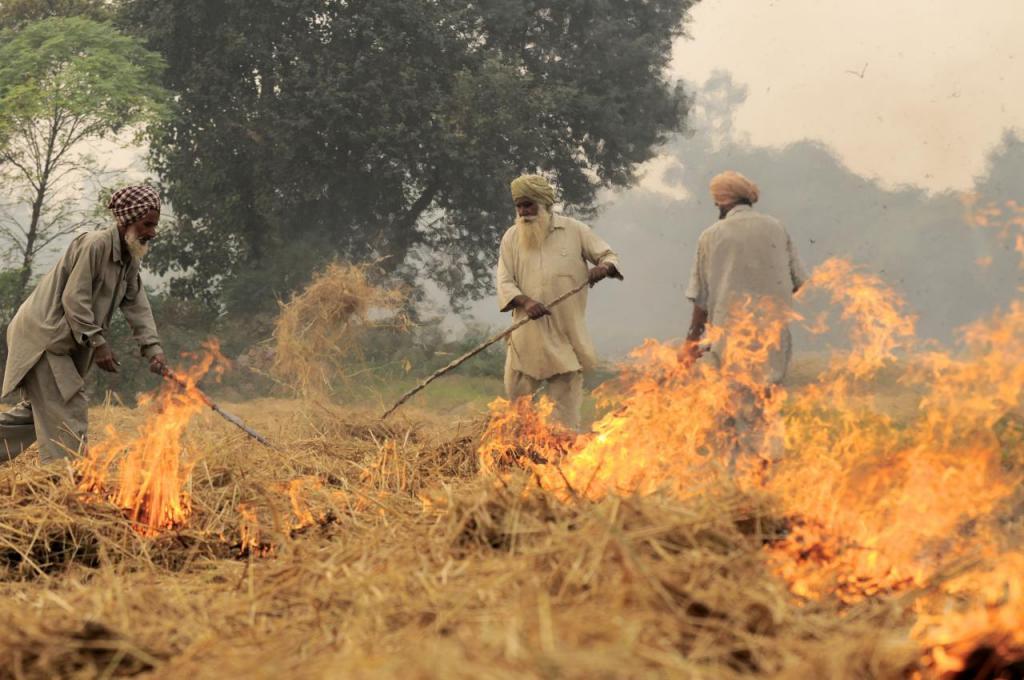 CSE estimates that biomass co-firing in coal power plants, if implemented on a timely basis, can prevent the burning of 4.16 MT of paddy residue cumulatively in Punjab, Haryana and Uttar Pradesh

The Union Ministry of Power (MoP) has asked states and Union Territories to formulate time-bound implementation plans to ensure biomass (agro-residue) co-firing in coal power plants in Delhi and the National Capital Region (NCR), a senior MoP official has told Press Trust of India. The direction to the states has come two months in advance of the paddy harvesting period in northwestern India (October-November).

In October last year, the MoP had mandated all coal power plants to replace combustion of five to seven per cent of coal with agro-residue. The policy was introduced in order to curb emissions from coal combustion and prevent winter stubble burning of crops, especially in Punjab and Haryana.

The MoP’s Biomass utilisation for power generation through co-firing in pulverised coal-fired boilers estimates that approximately 0.25 to 0.3 million tonnes (MT) of biomass pellets are required for seven per cent blending in a 1,000 megawatt (MW) coal-based thermal power plant. Hence, the coal power plants in the Delhi-NCR region have the potential to utilise 3.2 MT of biomass pellets.

Delhi-based non-profit and thinktank Centre for Science and Environment estimates that biomass co-firing, if implemented on a timely basis, can prevent the burning of 4.16 MT of paddy residue cumulatively in Punjab, Haryana and Uttar Pradesh.

The biomass cannot be directly burnt in a coal power plant because of technical limitations. The agro-residue is first processed as ‘pellets’ of homogenous size and characteristics. Typically, a pellet manufacturer needs approximately 270 days or nine months to supply pellets, once work has been awarded to it by a thermal power plant.

This duration is crucial to be understood as it directly aligns with the harvesting season in India. The crop residue aggregation only commences after the work has been awarded to the manufacturer. Any delay in award of the work is a direct loss of the surplus crop residue.

Two months into the paddy harvesting season and contracts for only 0.14 MT of biomass are in place till date for the 11 plants in Delhi-NCR.

The power plants are also wary that the manufacturers may fail to supply pellets after being given the work order as has happened with them in the past.

On the contrary, manufacturers complained about the delay in award of work contracts to them because of which they have not been able to scale up their production.

A work order from a power plant is required for them to apply for loans for the setting up or scaling up of their manufacturing units. They also claim that for some of the power plants, the Earnest Money Deposit is unreasonably high for the same quantity of pellet requirement.

EMD is the compulsory monetary guarantee paid to power plants by manufacturers in the tendering process to show intention of supplying of pellets. The EMD being unreasonably high makes it difficult for small manufacturers to participate.

There has also been another contention regarding the escalated prices of the biomass pellets. The manufacturers have been able to secure Rs 12-15 per kilogram for the biomass pellets by selling it to the textile, food processing and other such industries in Delhi-NCR.

They were earlier supplying pellets to power plants at only Rs 9-10 per kg. This unintended competition with the other pellet users has resulted in lesser supply of biomass pellets to the power plants.

What can the states do?

Even if all the remaining contracts are placed today, it is too short a duration for manufacturers to ensure timely aggregation of sufficient paddy residue for pellet manufacturing. Aggregation of paddy straw requires appropriate farm machines to harvest, collect and form bales.

The bales are then finally stored in covered sheds to avoid absorption of moisture and dust. These bales are then processed by the manufacturers to produce biomass pellets.

All these activities require considerable in-hand finances and therefore, cannot be done by the manufacturers alone without support of the state.

The governments of Punjab, Haryana and Uttar Pradesh need to identify the major aggregators in their respective states and ensure allocation of suitable land (preferably Panchayat land) and machines for harvesting and baling of crop residue for safe storage.

This should be done until the bales are sold to the pellet manufacturers on materialising of the contracts with coal thermal power plants.