Are we moving towards a renewable energy economy?

Developers, bankers and equipment manufacturers commit themselves to developing 270 GW renewable energy capacity by 2022 at a recent renewable energy investors’ summit. How feasible is this target?

Developers, bankers and equipment manufacturers commit themselves to developing 270 GW renewable energy capacity by 2022 at a recent renewable energy investors’ summit. How feasible is this target? 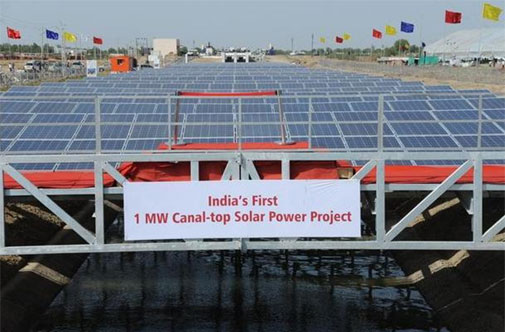 At the first-ever renewable energy investors’ summit, organised by government of India, starting February 15, Prime Minister Narendra Modi said all the right things in his inaugural speech—right from talking about transition from megawatts to gigawatts, energy access to remotest corner of the country and to making a quantum leap in clean energy production. He mentioned that the ambition of “quantum jumps” was not to impress anybody but to meet the country’s energy needs. He described the “seven horses of energy”, of which India has only focused on only four so far—thermal, gas, hydro and nuclear power. He stressed on the rising importance of the other “horses”—solar, wind and biomass energy. The prime minister also made a strong pitch for innovation, citing examples of Gujarat’s canal-top solar project, saying it showcased how land can be efficiently utilised in addition to saving evaporation losses.

The first day of the conference at Vigyan Bhavan in New Delhi saw the presence of top bureaucrats and CEOs of banks and industries who are either actively involved in the renewable energy sector or propose to take the plunge. Many interesting suggestions were made by speakers attending the summit. India’s chief economic adviser, Arvind Subramanian, stressed on the importance of greening coal production and use in addition to investing in renewable energy.

Arundhati Bhattacharya, chairperson of State Bank of India, pointed at the need of consistent policies. It was reiterated by many others who felt consistent government policies are key to boosting investors’ confidence.

Minister for power, Piyush Goyal, said that non-compliance of renewable purchase obligation (RPO) shall soon be penalised. He emphasised the need to socialise the cost of renewable energy (RE) through participation of all states, because currently only the states pushing for renewable energy are bearing the burden of its high cost. He talked about his Davos experience at the World Economic Forum, saying that hundreds of billions of dollars is waiting to come to India and that it is just that India needs to have a stable policy regime to win the trust of the investors.

The three-day congregation boasted of 2,800 delegates from 42 countries. One of the highlights of the summit was the physical commitment certificates presented by developers, bankers and manufacturers for developing  270 GW of renewable energy. Prakash Javadekar, the minister of state for environment, announced that environment clearances for green energy will be given through green channel, indicating clearances won’t be a roadblock to renewable energy development. He also said that the government would provide predictable policy regime with standard guidelines. He was visibly excited about the renewable energy commitment of 270 GW by 2022. He said that this is more than what India needs to do by 2020 to meet the climate change commitments. He was being congratulated by other ministers that now he can go for the UN climate conference to be held in Paris later this year with his head held high, as he would be able to furnish evidence to show India’s deep committed to the challenge of climate change.

The targets till now have been ridiculously small as compared to the future planned targets. The target set for 2014-15 for wind power was 2 GW out of which only 1.33 GW was achieved till December 2014. The target set for solar power was set at 1.1 GW and not even 50 per cent of it was achieved till December, 2014. The total achievement in solar power sector till now is only 3 GW. Hence, if we are looking at achieving 190 GW in next seven years, it is about 63 times of the current installed capacity.  Although this includes both grid-connected solar and rooftop solar, the targets are still too steep to achieve. In the last 25 years, wind power sector has achieved an installed capacity of 22.4 GW. However the plan in the next seven years is to more than triple this number.

My interactions with several developers during RE-INVEST did not give me the confidence that the commitments made have any strategic backing. Although everyone was positive about meeting their commitments, no clear roadmap seemed in place. Many were confident of bagging upcoming tenders and deals, which would help them meet their targets. The developers told me that as solar and wind power have low gestation period, as soon as the deals/tenders are done, it won’t take them much time to develop those projects and that thus their commitments are very much attainable by 2022.

Whatever may be the achievement by 2022, the mood seems upbeat in the renewable energy sector in the country and the present government seems to be taking lot of interest. It would be important to look how policies help to shape sustainable growth in this sector. Instead of just chasing numbers, if the power economy gets actually renewable, only then we can be sure of clean and green future.