Bad business all round 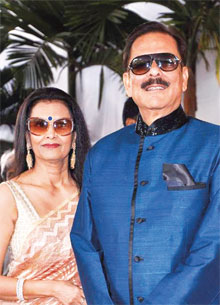 A former colleague from my business journalism days wrote an anguished column a few months ago about the negative portrayal of businessmen in popular Hindi cinema. He was worried that the depiction of businessman as villain reflects the new public mood of the country, and that there was tendency to tag all of Indian businessmen as crooks and crony capitalists. I think the problem with films is not new. Ever since the usurious bania like the infamous Sukhi Lala of Mother India went out of fashion, businessmen have been firmly ensconced as the villain.

Arrogant in their wealth, duplicitous in their dealings, ready to break trade unions, rob the peasant of his land and exploit labour, this is how the businessmen have been shown by Indian cinema. Audiences lap it up; screenplay writers pound the theme and the box office loves it. Why is the wicked businessman such a popular stereotype? One theory is it that reflects the Indian’s deeply rooted socialist biases. One is not sure. Perhaps, the more relevant point is that Indian business has thrown up no heroic figure, no tale of valiant enterprise to stir the imagination and inspire a compelling story. Perhaps, the only legend we’ve had is the singular J R D Tata.

What is new in the business narrative are the squalid tales of how many a fortune has been amassed. Not through bold imagination and daring enterprise but through crafty exploitation of the vulnerable. Two headline cases illustrate how empires of loot have been built on the backs of its poorest citizens. One is the long-running case of the Sahara Group which made its money from a chit fund scheme that it ran in Uttar Pradesh, taking small amounts of monthly deposits from daily wage labourers such as rickshaw pullers and construction labourers, many of whom are said to have lost their savings. Sahara after a free run of several decades is now in trouble over a colossal Rs 24,500 crore it had taken from millions of small depositors in a violation of rules.

In August last year, the Supreme Court had ordered the group to refund the money along with 15 per cent interest to investors, endorsing the order of the market regulator, the Securities and Exchange Board of India which had said Sahara’s process violated rules. So far, the company has not made the refund by employing a number of stalling tactics, prompting the apex court judges to observe that Sahara was trying to manipulate even the Supreme Court. But even while the Sahara scandal is hogging the front pages, another such scandal has exploded in West Bengal with the Saradha group’s ponzi schemes that replicated the Sahara modus operandi going bust.

True, there is another side to business, the world of brands and innovation and manufacturing expertise—after all, Indian companies do a lot of worthy things from building cars to parts for satellite launch vehicles. What undoes this is the relentless flow of scandals at home and abroad. When Indian companies go abroad they seldom come out smelling of roses. The latest in this line is Karuturi Global, the Bengaluru-based company which is said to be the biggest producer of cut roses. The Kenyan government has found the company guilty of tax evasion to the tune of nearly $11 million in corporate income. Elsewhere, too, Karuturi is in bad odour. In Ethiopia, it is notorious for alleged land grab and its vast agricultural operations are riddled with charges of labour law and environmental violations apart from human rights abuses.

A little earlier it was GMR that did us proud in the Maldives. The company built Malé airport in a revenue-sharing agreement with the government that was too clever by half. In lieu of an airport fee that was struck down by the court, the Maldives allowed the company to set off its revenue share against the fee that might have been collected. What followed was bizarre. In the first instalment, the island nation’s share was slashed from $8.7 million to $0.5 million. Soon thereafter, instead of receiving anything it was asked to shell out a steadily escalating amount, rising from $1.5 million to $3.5 million. Over the period of its contract, the government would have ended up paying a huge amount to GMR instead of earning the promised $1 billion.

There is at least one ray of sunshine in this dark tale. Filmdom loves businessmen whatever their lapses. Last week, it turned up in force for Sahara Group chairperson Subrata Roy’s party to celebrate yesteryear heroine Sridevi’s Padma Shri. While the Supreme Court was reading him strictures for delaying the refund of deposits to the small investor, Roy and his wife were cavorting in style with some of Hindi cinema’s leading lights such as Shabana Azmi, Javed Akhtar and Anil Kapoor. As they say, reel life is not real life.