A wonder bamboo from Tamil Nadu to mitigate climate change

The Beema Bamboo developed by a bio-tech company can grow fast and does not die for many years, according to its developers 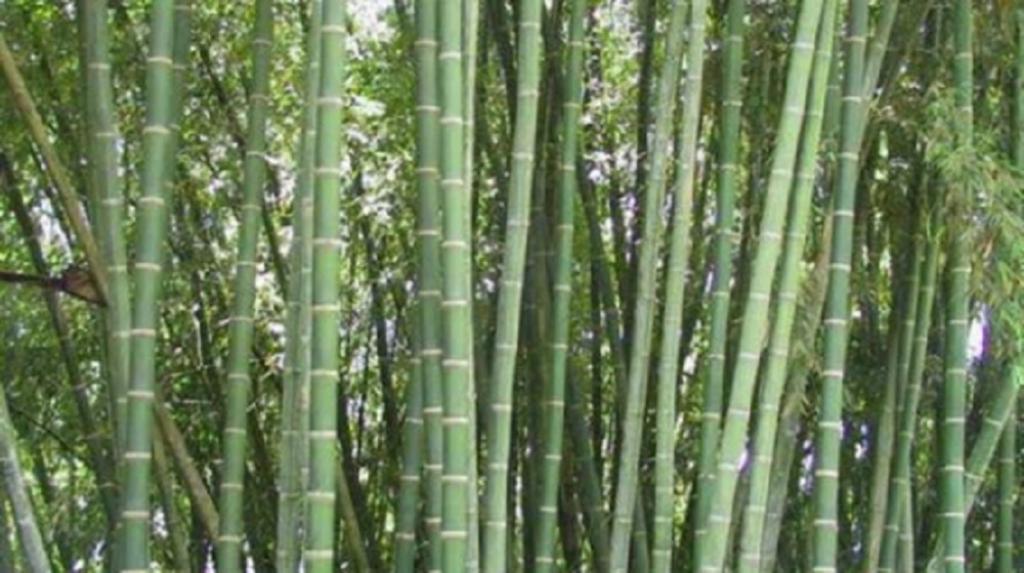 In this era of global warming and climate change, it is imperative for humanity to take earnest measures for mitigating human-made disasters.

Scientists advise minimising the use of fossil fuels. Environmentalists suggest reducing the pollution levels of air, water and land.

At the same time, ecologists advocate making the earth green by protecting forests and creating tree cover by planting more number of trees through all possible ways.

But greening barren lands depends on the initiative of individuals, with the support of certain government schemes. Unless due importance is given for developing tree cover outside forest areas, we are destined to face the harsh realities of global warming and climate change.

One such measure is being taken by Tamil Nadu.

The Tamil Nadu Agricultural University (TNAU) has designed an ‘oxygen park’ within its premises at Coimbatore with Beema Bamboo.

Beema or Bheema Bamboo is a superior clone, selected from Bambusa balcooa, a higher biomass yielding bamboo species. This bamboo clone has been developed by the conventional breeding method.

This species is considered to be one of the fastest-growing plants. It grows one-and-a-half feet per day under tropical conditions. It is said to be the best ‘carbon sink’ to mitigate carbon dioxide emissions.

A fully-grown bamboo tree may generate over 300 kilograms of oxygen annually and it may be sufficient for one person for one year.

Beema Bamboo has been developed by N Bharathi of Growmore Biotech Ltd, the agri-technology company based at Hosur, Tamil Nadu. This clone is thorn-less and sterile.

“The plants developed through tissue culture are free from pest and disease, vigorous and superior and they can grow in the field for more than hundred years without any replanting,” Bharathi says.

It is said that if managed by following the silvicultural methods, irrigation practices and fertiliser package as prescribed by Growmore Biotech Ltd, it may yield higher biomass.

Beema Bamboo is not a product of genetically modified organisms. In this case, new culms only grow around the mother shoot and hence it is non-invasive. A culm is the hollow stem of a grass or cereal plant, especially that bearing the flower.

As it is sterile, this bamboo does not produce any seed and does not die also for several hundred years and keeps growing without death. As a result, this particular bamboo species can be able to establish permanent green cover.

Since the plants are produced through tissue culture, the culms grow almost solid and adapt to different soil and climatic conditions. After every harvest cycle, it re-grows and does not require replanting for decades.

As its rhizome and root formation provide a strong foundation, the plant becomes robust against natural forces and plays a major role in mitigating global warming and climate change.

According to Bharathi, “A two-year-old Beema Bamboo, when planted in the soil, grows at a speed of 1.5 foot per day and reaches a maximum height of 30 feet in 4 weeks.” The same has been proved by scientific experiments as well.

The TNAU developed its oxygen park at Coimbatore after verifying these plants developed by Growmore Biotech Ltd.

Recently, the State Industries Promotion Corporation of Tamil Nadu Ltd started an oxygen park at its IT Park in Siruseri, Chennai. They have planted about 1,000 tissue-cultured Beema Bamboo saplings here, supplied by Growmore Biotech Ltd.

The bamboo’s calorific value is equal to that of coal. Cement industries are buying this bamboo species for their boilers. Bamboo fibre is used by the textile industry for making fabric and garments.

The Beema Bamboo can be an excellent choice for making the earth greener and mitigating climate change.