Climate change, conflict: What is fuelling the Lake Chad crisis 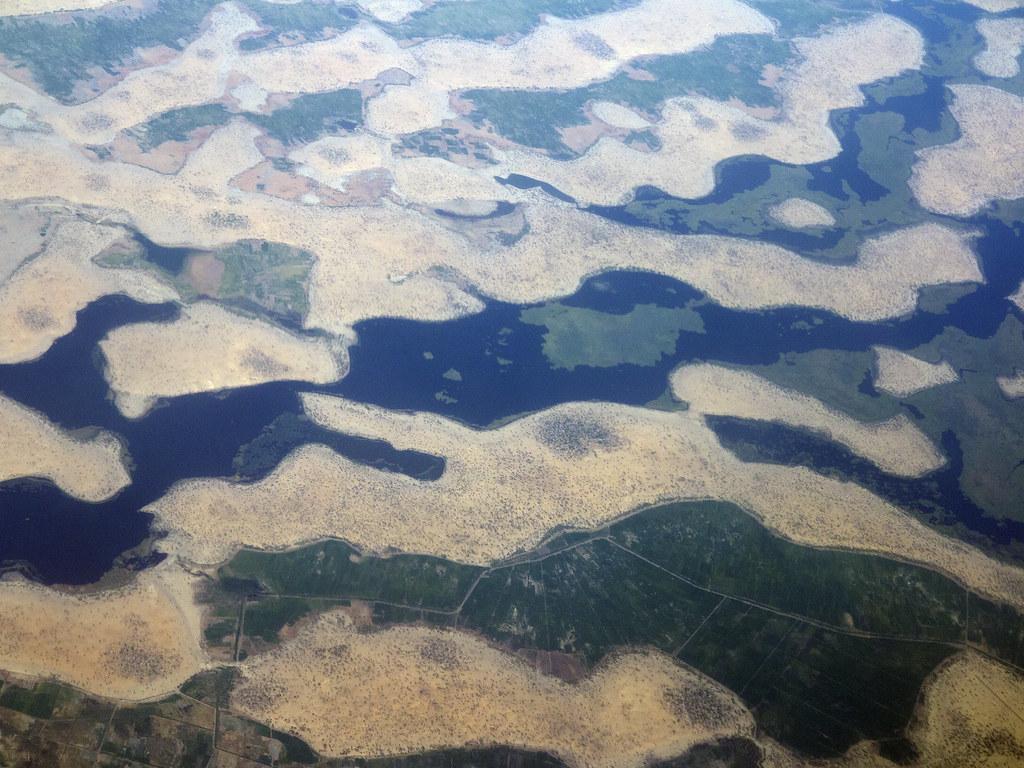 One of Africa’s largest freshwater bodies, the Lake Chad, has shrunk by 90 per cent. Over 10 million people across the region are in need of emergency assistance. The United Nations has term the Lake Chad crisis as “one of the worst in the world”.

Lake Chad in the Sahel straddles Nigeria, Niger, Chad and Cameroon and is home to 17.4 million people. It is blessed with rich aquatic and terrestrial biodiversity. The Lake Chad basin comprises biosphere reserves, World Heritage and Ramsar sites as well as wetlands of international conservation importance.

For years, the lake has been supporting drinking water, irrigation, fishing, livestock and economic activity for over 30 million people in the region. It is vital for indigenous, pastoral and farming communities in one of the world’s poorest countries. However, climate change has fuelled massive environmental and humanitarian crisis.

The lake has shrunk 90 per cent over the last 60 years, since the chronic droughts surged at the beginning of 1970s. The surface area of the lake was 26,000 square kilometres in 1963; it has now reduced to less than 1,500 square kilometres. Its population is exploding and the region has been ripped apart from conflict at an unprecedented scale.

The ever-changing climate has dramatically worsened the situation, amplifying food and nutritional insecurity in the region. Temperature is rising one-and-a-half times faster than the global average. The seasonal and inter-rainfall patterns have been drastically changing each year. This has triggered food insecurity, ultimately pushing communities into the arms of terrorist groups.

Locals are facing challenges to sustain their lives — their ability to adapt to climate change is diminishing. Earlier, the situation was different. Take for instance, if rain failed, people often move to other suitable locations to farm or graze their herds, but due to heavy military restriction as a part of counter-insurgency efforts, these options are no longer available.

This is a great setback to the inherent ability of the people to deal with climate change and its effects.

Researchers working in the Lake Chad Basin have highlighted a range of factors feeding the region’s instability. These include persistence economic crisis; divisive reforms; poor governance; rising inequality and bourgeoning corruption among the ruling political elite.

Countries of the Lake Chad basin are among the 10 least peaceful countries in Africa, according to 2020 Global Terrorism Index report. For more than a decade, the people of Lake Chad were engulfed in a violent conflict trap between state security forces and armed opposition groups.

Boko Haram is one of the top insurgent groups with a strong foothold in the region. The conflict has displaced nearly 2.5 million people across the neighbouring countries. Over 10,000 deaths were reported between 2009 and 2016, according to the Uppsala Conflict Data Program.

Boko Haram controls large swathes of territory, including key access roads. For humanitarian workers reaching the areas, plane or helicopter is expensive and at times risky as well. As a result, hundreds of thousands of internally displaced persons have been deprived of humanitarian aid.

The depleting natural resources and grazing lands in the region has increased conflict between farmers and pastoralists. Around 4,000 people died in Nigeria as a result of farmer-pastoralist conflicts between 2016 and 2019. Poor livelihood and lack of income generation opportunities in the region compels young people to join rebel groups and engage in anti-social activities.

Cattle rustling, for instance is one of the major criminal activities in the area. Local activists say the rate of cattle rustling has increased exponentially. Armed groups often resort to it as additional means of raising fund in support of their operations.

More than 37,500 people were killed in the conflict between May 2011 and July 31, 2020. Since 2009, more than 49 million people have been deprived of attaining their livelihoods in fishing, livestock rearing and agriculture. Over three million people were food insecure, and 2.89 million of them in Nigeria alone, according to United Nations Office for the Coordination of Humanitarian Affairs.

There is a need to reach out to the rebel groups and initiate participatory way of planning and executing peacebuilding programme. Prime focus should be given to empower and integrate the internally displaced persons and refugees into mainstream society.

On the contrary, conventional peacebuilding effort is of course never enough unless we incorporate and strategically address the interconnected issues of conflict and climate change. It is important to address the cause and effect relationship between the environment and human security.

Radical military operation and humanitarian relief will never restore peace and stability. Instead, food security analysis and early warning systems should be reinforced to help communities effectively prepare for threats and future shocks. To make this happen, there is a need to implement systematic data collection, collation, storage and dissemination.

“We need to recharge the lake with water. There should be robust and integrated management of water resources at the national and regional levels in the affected countries,” said Nja Beltin Tekuh, a conservationist working with Environment and Rural Development Foundation, Cameroon.

To translate this on ground, the UN Security Council and other peacebuilding agencies should integrate the linkages of environmental, social and political issues in their peacebuilding efforts, pointed out Krampe.

“Cultivation of climate-smart crops such as millets, tubers and cereals, could effectively ameliorate the socio-economic situation,” Tabi added. This will sustainably diversify rural income.

“The lake has always been a source of resilience,” said Joelle Aimee Wadjiho, who is associated with INTERSOS, an international humanitarian organisation in Cameroon. Lake Chad has all the potential to revive and flourish as an engine for sustainable livelihoods and prosperity. And it is pressing time to revive the unique identity of Lake Chad and its people, once had.

“We must act now before the situation turns out of control,” Wadjiho said.