A host of climate change-related problems bedevil the district’s women and girls, unlike men and boys 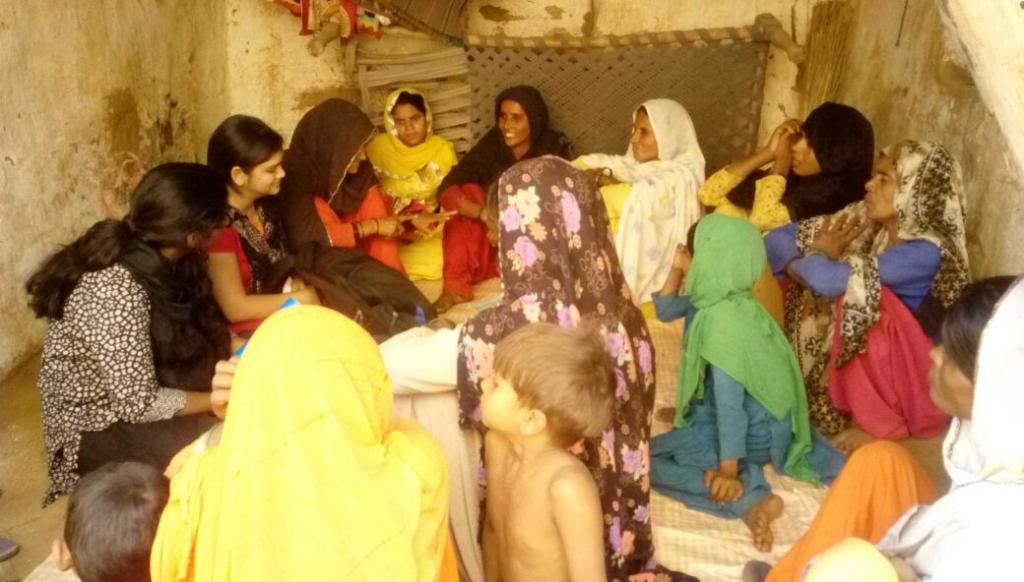 Alwar is situated in a semi-arid region of Rajasthan. The villages here are facing a water crisis due to the drastic reduction in rainfall and the depletion of the ground water level. The last time the region received optimum rainfall for agriculture was in 1996. In 2014, it received 477.8 millimetres—a departure of
-23.7 per cent from normal rainfall. Agriculture in this drought-prone area is practised at nature’s mercy. These climatic conditions are making life even harder for women.

My realisation during my visit to the several villages of the Ramgarh and Bheror blocks (as part of “Realising India”—a rural-immersion programme at the Indian School of Development Management, Noida) has been about how climatic change in this region is impacting women and girls far greater than men and boys—and why their voices must be heard.

“This year, the bajra didn’t survive because of the lack of rainfall,” says Raziya Begam, a woman farmer of Nangravaleiya Dhani, a hamlet in Piprodi GP of Ramgarh Block. Women and girls in rural areas play a critical role in producing food which is to be consumed at home. More women than men work in agriculture. In fact, more than a majority of the work on farms is done by women. On an average, they also work for longer hours than men. The women are primarily responsible for rearing livestock, while the men tend to be more involved in growing cash crops (like cotton) that are sold in the open market.

The changes in climate have adverse impacts on the crop yield. Women in this region are mostly unaware about farming techniques which are resilient to climate change. Therefore, their ability to provide food for their families is decreasing as the crop yields decrease, which is threatening food security. This is leading to an increased burden of work at the farms, coupled with the lack of other alternative livelihood options of securing food for the family. Also, women are often paid less than men for the same manual work. The women in the region also migrate for two to three months to states like Punjab, during cotton-harvesting, with their husbands.

Women have always been, and still are, responsible for the majority of the housework, in addition to their child-bearing and nurturing roles. From collection of fuel wood to cooking and from washing clothes to fetching water—women and girls do nearly everything. Drinking water is another problem, because of the depletion in the ground water level. The lack of rainfall and the excessive extraction of ground water for agriculture have led to the depletion of the ground water level, to a great extent.

“The ground water level has depleted to 800-1000 feet. Not all households are able to spend around Rs 2 lakh for digging bore wells,” says Shima ji, a villager of Milakhpur village of Ramgarh block. Women spend lots of time for fetching water. Almost every woman like Shima from her village wakes up at 3 AM to stand in a queue to fetch water by drawing up buckets, one after the other, from the lone source of water in the vicinity every day. This excessive work has reduced their time for leisure and has also adversely impacted their health. This makes them even more vulnerable to the impact of climate change in this region.

Gender inequality is predominant here. The women here have limited scope for participating in decision-making in households. They generally have no ownership of land and assets and their mobility is limited. Sexual and gender-based violence is also prevalent here. They also lack employment opportunities, have limited access to resources and are not paid an equal share (as the men) for the work they do.

The cultural norms of the region also legitimise this inequality. There is also a lack of gender-based adaptation budgets for state policies for the primary sector, including risk insurance and watershed development. These things are making the situation very complex for the women and girls.

Women play critical roles in our communities. If they have a limited say in decision-making and their skills are not fully utilised, they will not be able to respond and contribute to containing the problem of climate change and ensuring food security and overall sustainable development. And this will not only affect them—it will also destabilise the whole home-based economy. So, their voices must be heard for keeping life here alive and moving.