Climate crisis continues unabated: United in science, but are we united in action?

While emissions fell during the peak of the pandemic confinement measures, they have already mostly recovered to within 5% of the same period in 2019, said UN Secretary-General 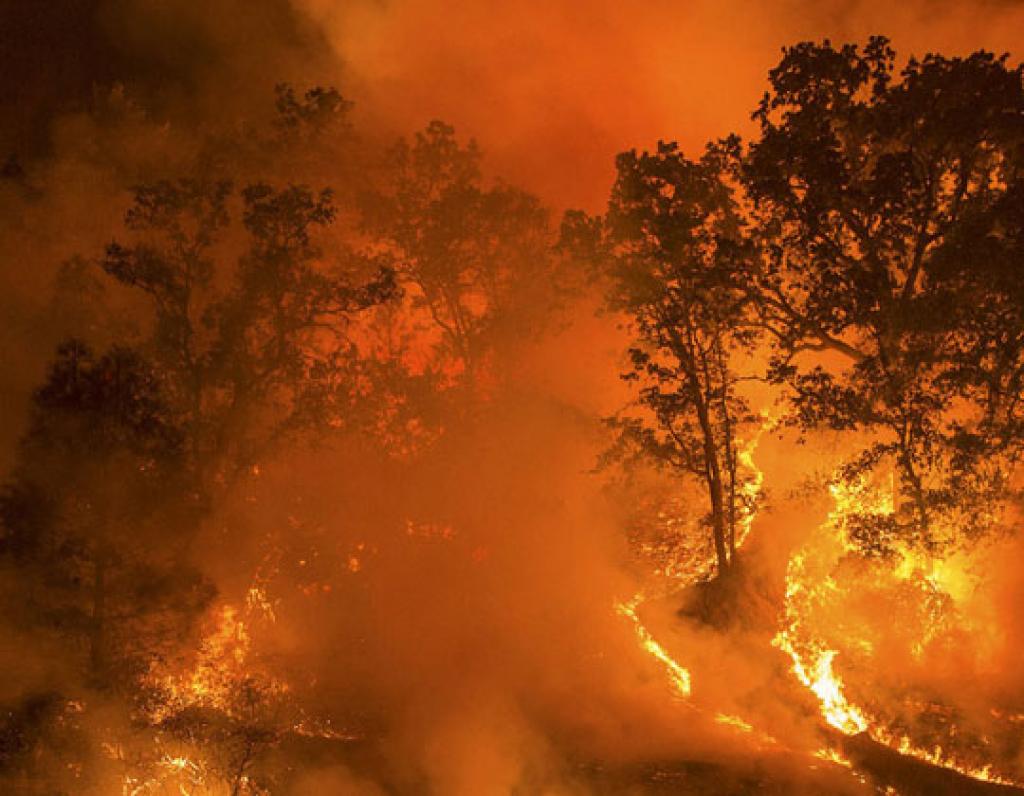 There was much jubilation on the internet during the novel coronavirus disease (COVID-19) lockdown for a few reasons: The Yamuna had visibly cleared up, one could see the majestic Dhauladhar range of the Himalayas all the way from Jalandhar, and the national capital experienced a 44 per cent reduction in particulate matter 10 levels on the first day of the lockdown in March. Nature was finally ‘healing’, it seemed.

The reality, six months later, is different: The climate crisis is still raging, according to the United in Science Report 2020, the second in a series of a multi-agency report and compiled by the World Meteorological Organization (WMO). It was released on September 9, 2020.

United Nations Secretary-General António Guterres wrote in the foreword of the report:

“The heating of our planet and climate disruption has continued apace. While emissions fell during the peak of the pandemic confinement measures, they have already mostly recovered to within five per cent of the same period in 2019 and are likely to increase further. This report stresses that short-term lockdowns are no substitute for the sustained climate action that is needed to enable us to meet the goals of the Paris Agreement on Climate Change.”

The report stated that carbon dioxide (CO2) emissions did decline in 2020 due to confinement policies imposed in many countries. At their lowest point, in April, daily CO2 emissions were approximately at the level they were in 2006. It added that 2020 emissions are estimated to decline by 4-7 per cent compared to 2019 levels.

Current emissions of both CO2 and CH4 are not compatible with emissions pathways consistent with limiting global warming at 1.5 degrees Celsius or well below 2°C above pre-industrial levels, the goal of the Paris Agreement. Therefore, sustained reductions in emissions are required to stabilise global warming, the report said.

It warned that the five-year period from 2016-2020 is expected to be the warmest on record with an average global mean surface temperature of 1.1°C above pre-industrial era (1850–1900).

Arctic sea-ice has continued its long-term downward trend: Global mean sea-level has been rising faster than the long-term trend. A greater loss of ice mass from the ice sheets contributed to an increased sea-level rise.

Major impacts have been caused by extreme weather and climate events, it added. A clear fingerprint of human-induced climate change has been identified on many of these extreme events. 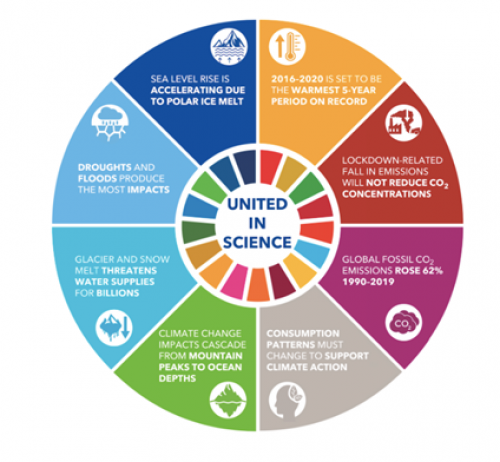 Photos of the Golden Gate bridge engulfed by an orange sky, California, due to forest fires continue to flood social media. The State is choking from multiple blazes that have charred to ash an estimated million acres of forests and chaparral.

Record heatwaves, coupled with precipitation changes as well as an outdated century of fire suppression policy, had made conditions ripe for wildfires already galvanized by climate change. They are projected to only get worse.

Earlier this year, large swathes of Siberia saw a prolonged and remarkable heatwave. This would have been unlikely without anthropogenic climate change. Forests and permafrost are a natural sink for CO2, but with global warming, wildfires release all captured CO2 from forests, while the melting permafrost releases CH4 trapped in the Siberian ice for many millennia. The line between carbon source and sink is getting blurred.

So here is the bottom line: We need to do more. We need to turn the recovery from the pandemic into a real opportunity to build a better future through science-based policies. The report presented latest scientific data and findings related to climate change to inform global policy and action, urging governments to heed the facts.

Governments need to unite in global cooperation while strengthening national targets and undertake urgent climate action to safeguard our collective future. The projected emissions decline for year 2020 will depend on the continued trajectory of the pandemic and government responses to address it.