Until now, it was all climate change and global warming to us. But the contention that that is just one among the others, is a great revelation 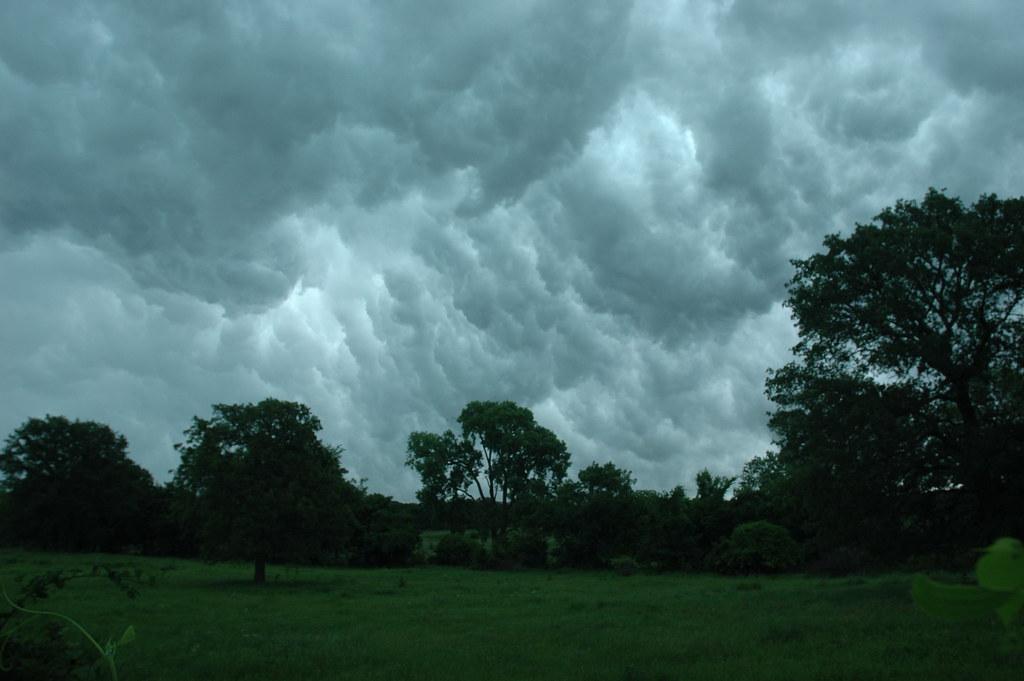 I woke up at 6 am, thanks to the relentless loud alarm. I turned it off, got up from my bed, stepped on the floor mat and the dampness hit me! The soggy floor drove away my sleepiness.

I carefully trotted to the hallway and noticed water dripping down the electric point on the wall, flooding the surface. I was shocked. Immediately, I moved the table and started wiping and drying the floor.

I rushed to the first floor to check with my neighbour about the situation, and they were busy cleaning their house too. The water seemed to have entered all corners of their apartment and they had a tough time wiping it dry.

All of this was due to the heavy rain that poured at midnight from 12 to around 5 in the morning, mid-February this year. The downpour was heavy and ferocious. It left the entire city stranded, the whole day!

And it was neither monsoon nor had a low pressure developed in the Bay of Bengal. Then what could be the reason? Climate change?? It was a possibility, given the time of this incident, February, which is usually the onset of summer.

During the same period, there was a deluge caused due to a glacier melt at the Rishi Ganga River in Uttarakhand. It washed away two major hydroelectric power projects constructed across the river.

This was attributed to global warming by experts, who say that inconsistent weather patterns lead to an increase in the thermal profile of ice, making it more vulnerable to melting.

We have been hearing about this phenomenon, climate change for a while now. It is quite popular. Much has been discussed and debated on what lead to the change i.e., is it natural, or anthropogenic? The latter topped the charts. And the question we strive to answer is, when will it stop… Or What can be done to make it stop?

Professor Johan Rockstrom, an internationally recognised scientist working on global sustainability issues, delves into much broader questions like: Do our planets have boundaries? Can it be defined? Is the planet earth destabilizing? What does it take to stabilize? (Check his TED talk here)

Before exploring that, we need to know when does the earth stabilise. Professor, in the recently released Netflix documentary – Breaking Boundaries – explains that it all started during the Holocene era when the earth’s temperature stabilized paving the way for the existence of life forms.

Along with all other kinds of life, came Humans, who not just lived and enjoyed stability but also took advantage of it to satisfy their own greed. This went beyond the boundaries of our planet causing various troubles.

Now, you might be thinking: What is a planetary boundary?

The planetary boundary is a novel concept developed and published by the international team of 18 researchers in the year 2009. According to the paper, there are nine planetary boundaries, and they are as follows,

The stability of our planet earth, as the professor states in the documentary, is mainly due to these nine processes. These elements are the reason, our planet is intact. Any change in this would greatly affect our planet, and in turn, us.

“Four of nine planetary boundaries: climate change, loss of biosphere integrity, land system change, altered biogeochemical cycles (phosphorus and nitrogen), have crossed the tipping point due to unfavourable human activities,” says the researchers and further adds, “Two of these, climate change and biosphere integrity, are core boundaries. Any change in these two would drive the Earth System into a new state.”

Planetary Boundaries do not dictate how human societies should develop but they can aid decision-makers by defining a safe operating space for humanity: Katherine Richardson, co-author

Until now, it was all climate change and global warming to us. But the contention that that is just one among the others, is a great revelation. Researchers have brought together all the separate processes under one roof which would make human beings to think about what we have done, are doing, and will do in the future.

And all of this has been beautifully narrated in this documentary Breaking Boundaries, in a tone that is simple, unambiguous, persuasive and provoking.

I hope, it attracts the world leaders at least now, to act.