For countries like India to have cleaner futures, climate agreements must walk the talk; not just talk the talk 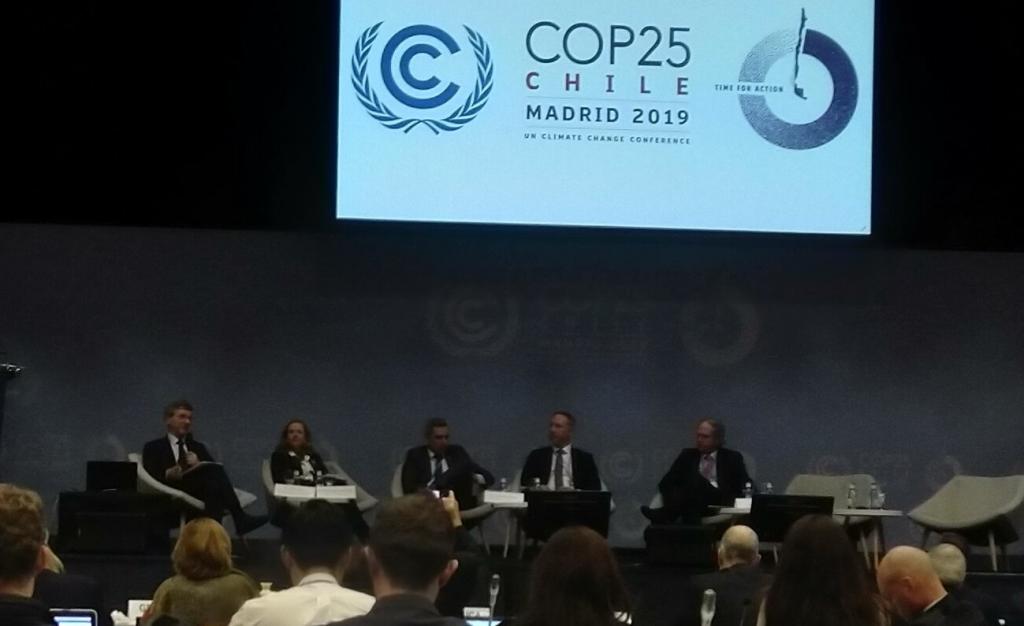 Another Conference of Parties (CoP 25); this time in Madrid. But with a difference. This time, there is near consensus that climate change is real.

Everyone now believes that it is time to act. No more procrastination. Or so, you would think.

The fact is in Madrid, new games are being played out to circumvent action — or at least to find ways to do as little as possible and as cheaply as possible. The new buzzword is to develop credible market mechanisms, which are needed to make countries carbon-neutral, or net zero. Big and nice sounding words. But as they say there is many a slip between the cup and the lip.

In climate negotiations, I have found that laudable-sounding ideas often end up with convoluted agreements that just don’t add up. In fact, it is business as usual. You just find that out later, when the dust has settled.

Take, for instance, what happened in CoP 21 in Paris in 2015. The mood was ecstatic; a new deal was struck. All countries agreed to take on mitigation commitments. These “targets”, called Nationally Determined Contributions (NDCs), were arrived at after much confabulation. It was also decided that the objective of NDCs would be to keep the world below the danger mark of 1.5°C increase in temperature from pre-industrial times.

But now the “success” of Paris is unravelling. According to the United Nationa Environmental Programme’s Emissions Gap Report 2019, even if all countries do what they had agreed in the NDCs, global temperature would increase by 3.2°C by 2100.

Not only that, countries — particularly the already rich who have disproportionately used up the carbon budget — are not even doing what they have agreed to do. For instance, according to German-based Climate Tracker, the United States, Russia and Saudi Arabia's actions are 4°C compatible; China, Japan are 3-4°C; and, even the European Union’s actions are insufficient — 2-3°C compatible.

This simply means that if all countries followed this rate of emissions, then the temperature would rise between 2-4°C by the end of the century. Let’s then get real. Not enough is happening to combat greenhouse gas (GHG) emissions, and this is when millions out there still need to secure their right to basic energy security.

Given this reality, net zero sounds like a really good idea. What this means is that countries will stay below their target — that is they will emit GHG emissions, but they will find ways of soaking up or burying the emissions so that in their balance sheet, they are net zero.

So, how does this great carbon soak-up-burial work? One, emission sums would calculate the carbon dioxide (CO2) sequestered in trees; what is emitted and how much is absorbed. Then, there are new technologies (still mostly on the drawing board), which would suck tonnes of CO2 from the atmosphere and bury it deep underground.

This would mean countries can now plan, not just to cut emissions, which is turning out to be more difficult than they imagined, but to continue emitting and then clean up. They can also buy credits — invest in carbon-friendly projects in other countries — and add them to their balance sheet.

This is where the discussion on markets becomes critical. It is also a fact that planting trees in vast villages of Africa or Asia is much cheaper than in Europe or Japan. In our world, there are still low-hanging fruits — cheaper options to cut emissions. So, markets are being designed so that there can be investment (that’s a sweet word) in developing countries for carbon capture and credits.

For most of us who have worked in this contentious climate territory, these are familiar terms — in the 1997 Kyoto Protocol, the Clean Development Mechanism (CDM) started with the same lofty ideas of paying for technology transitions in the developing world, but soon deteriorated to become the cheap and convoluted and even corrupt development mechanism.

This time after Paris, all countries, not just the already industrialised, have to undertake emission reductions domestically. Therefore, if India, for instance, “sells” off its cheap emission reduction options to a rich country, how will it take on the real cuts that the world needs. Let’s remember, this is a crisis for everyone — if the poor are impacted today, even the rich will be hit tomorrow as temperatures increase.

So, what should be done? There is nothing wrong with setting a net zero target, per se. But the objective should be to incentivise countries to do more at home and then to buy whatever remains through global trading systems. But this means setting a base price on carbon trading — below this rate (say $100-150 per tonne) projects would not qualify.

This would mean that only those projects would be funded that would be transformational, and not transitional, in the developing world. Countries like India could leapfrog to much cleaner futures. We could avoid first polluting and then cleaning up. This is the future we seek. But for this to happen, for once, climate agreements must walk the talk; not just talk the talk.