Climate emergency: It is time to prepare for severe floods that will hit South Asia

Models show that for a 3°C rise in mean temperature, number of people annually affected in South Asia can more than triple, disrupting lives of more than 100 million people 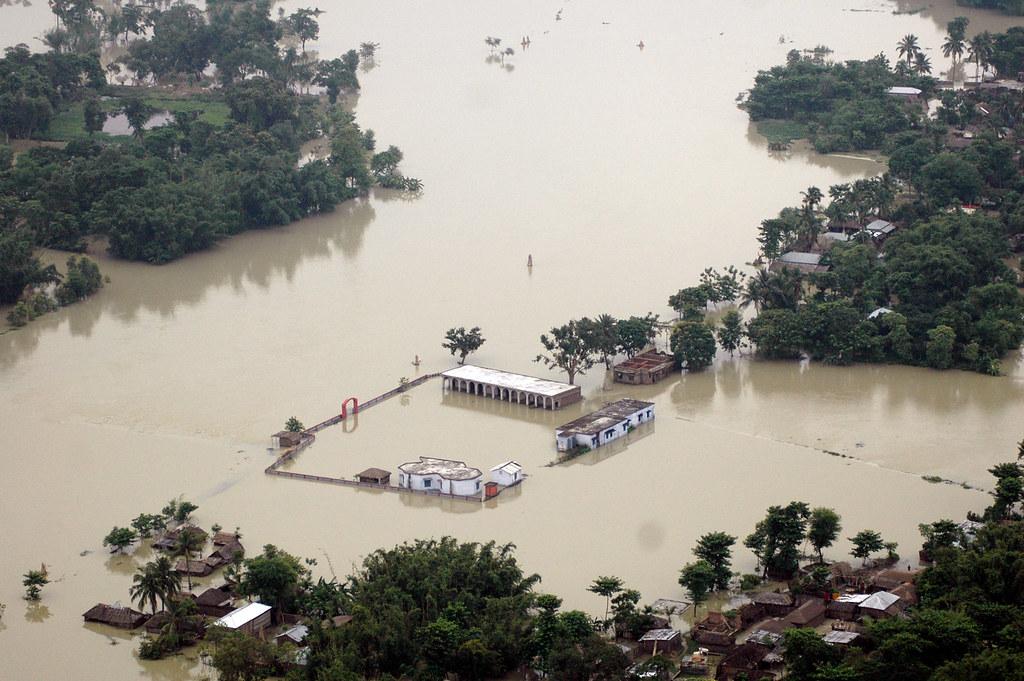 Monsoon rainfalls in the Indian subcontinent would likely increase by about 5 per cent for every degree Celsius of warming, a study has said. Photo: Flickr

A recent report commissioned by the World Health Organization declared the current novel coronavirus disease (COVID-19) pandemic a “preventable disaster”. It argued, perhaps without the bias of hindsight, that the global response could have been much better than what it was.

The report comes with an implicit but valuable prescription for policymakers. Hopefully, they will do a better job next time. It is climate change that has been likened to the next ‘wave’, albeit a much bigger one, that awaits us now.

This may sound alarmist to some, but we cannot afford excessive dispassion and caution — a tendency that has been called ‘scientific reticence’— in communicating the very plausible threats due to the human-induced warming.

Faced with increasing urban populations (projected to be twice the global rural population by 2050), shifts in precipitation patterns and rising sea levels (currently at a rate of more than three millimeters per year), there is mounting pressure on the global flood-defense infrastructure and on the adequacy of the conventional water-related risk management practices.

Flooding has resulted in over $1 trillion in losses globally since 1980. The recent spate of catastrophic rainfall events in Western Europe and China were reported to have not been seen in 500-1,000 years.

Unfortunately, the vagaries of climate change have turned the past record into a poor predictor of future catchment behavior. Stationarity — what earth scientists called the unchanging, aggregate hydroclimatological patterns seen on a timescale of decades and centuries — is dead.

Before human-induced climate change, in any given year, a so-called 100-year flood event could have occurred with a 1 per cent chance. But despite the seemingly moderate shifts in the averages of the hydroclimatological variables, we can witness non-linear shifts in their extremes.

Let’s say that due to the changing precipitation patterns in a region, the average amount of water coming downstream increases by an underwhelming percentage. But it could actually imply a substantial increase, by several factors, in the probability of extreme inundation.

In the context of the densely-populated region of South Asia, the situation is particularly dire. According to a recent report by McKinsey Global Institute, the average temperatures in India, Pakistan and Bangladesh are projected to rise by two to four degrees Celsius by 2050. The region has high chances of witnessing more frequent extreme precipitation events.

Similarly, a recent study conducted at the Potsdam Institute for Climate Impact Research, Germany, concluded that the monsoon rainfalls in the Indian subcontinent would likely increase by about 5% for every degree Celsius of warming. Monsoons will become stronger and more variable.

The simple, overarching physical principle being that hot air can carry more moisture. India as a country, according to the World Resources Institute (WRI), has the highest number of people exposed to river flood risk.

Even if, for the sake of argument, we assume an absence of a climate signal in the floods so far, the situation is bad enough, with an annual loss of life ranging in thousands of people (hundreds have already died from the recent floods this season).

Bangladesh, one of the most densely populated countries globally, is located on the world’s biggest river delta system and is, therefore, additionally exposed to coastal flooding. It lands second on the WRI floor-risk list. Pakistan is at number five. (However, annual flooding does not mean adequacy of water supply. Pakistan substantially depends on water that comes from snow and glacial melt.)

Under the business-as-usual global emissions scenario, heatwaves in the subcontinent will worsen, glaciers will shrink, land will dwindle and floods will intensify.

Should then the flood-risk mitigation policy of south Asian countries with relatively limited resources be reactive or proactive?

To rephrase Nassim Nicholas Taleb, one of the most influential contemporary thinkers on risk and uncertainty, sometimes we end up harming others and ourselves by not “overreacting”. Some ask, “What about the uncertainty in these studies and projections?”

Over the past few decades, there has been a growing interest in and acknowledgment of the cascading chain of uncertainties, at all different levels in environmental and earth science models. Scientists now employ statistical techniques to make some of these “known unknowns” explicit while reporting the results from their analyses.

Nevertheless, these models, even the approximate ones, still play the role of well-formulated arguments in the process of robust decision-making.

You have a model that presents the physics of a system with plausible assumptions — you can then make a convincing case for a specific course of action over another. And despite some uncertainty in the exact characterisation of the rise in flood events or their arrival time, there should be little doubt in the action plan.

We can’t afford naive skepticism and inaction. South Asia needs the political will to make big investments in  equitable community resilience: From the conventional desilting of rivers, strengthening of embankments, restoration of floodplains, integration of efficient reservoir operation, to developing blue-green urban spaces and encouraging / sponsoring appropriate flood-proofing solutions at the household level.

In some cases, we will have to adapt and live with floods; in others, the only feasible option may be retreating preemptively from the water. We also need to develop flood early warning systems, provide accurate flood-risk zoning maps, engage in effective risk communication and start preparing effective emergency response mechanisms.

Compared to the current baseline scenarios, for a 3°C rise in mean temperature, models show that the number of people annually affected in South Asia can more than triple and directly disrupt lives of more than 100 million people.

However, for every $1 spent on flood mitigation, it has also been estimated that India could avoid the equivalent of $248 in damages and Bangladesh $123.

India was hit by a second wave of COVID-19 earlier this year. We witnessed what happens when an inadequately prepared system gets overwhelmed by the arrival of a catastrophe foreseen by experts. It is time for governments and policymakers to turn it into a lesson for the climate emergency. The floods are likely to hit South Asia hard, and even if we don’t know when exactly they will come, it is high time to start preparing.