Climate solutions must be gender responsive 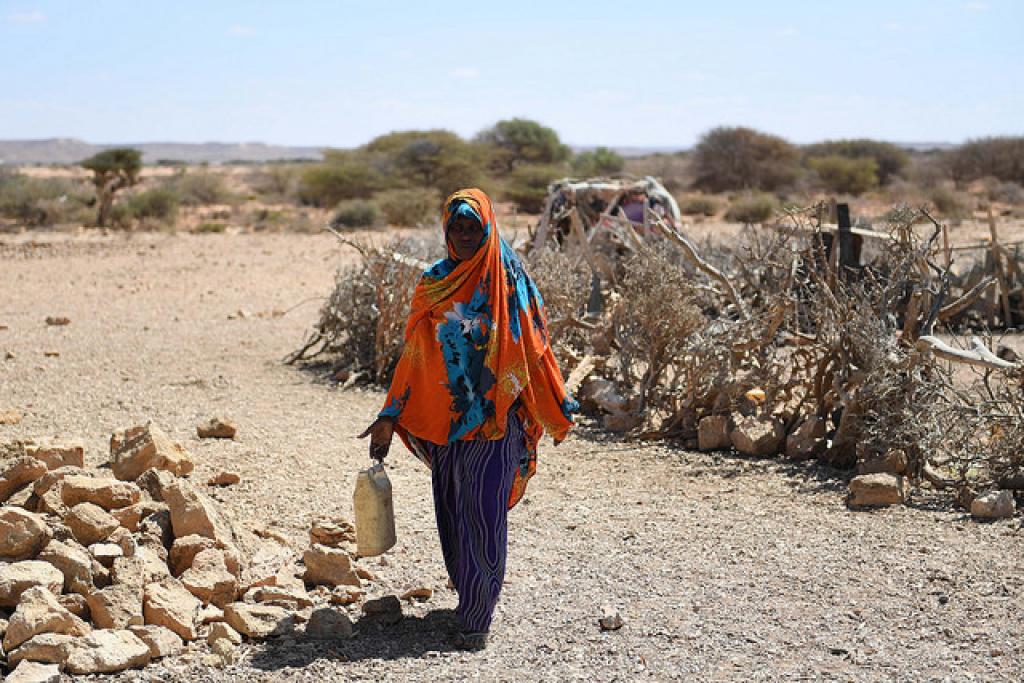 In developing countries, women are more vulnerable to climate change than those in developed countries since they are more dependent on natural resources for their survival and livelihood. As per their socially constructed roles and responsibilities, women are required to secure fuel for cooking and heating, water for domestic purposes and fodder for livestock, apart from looking after their families.

In only 28 per cent of the countries in the world (mostly developed), women share equal legal rights over land, highlighting the stark reality of inequality in developing countries where women have access to land mostly through their relationship with a male relative. According to International Monetary Fund (IMF), 90 per cent of countries have laws that limit women’s economic inequality. Being subjected to limited rights over land and use of natural resources, limited mobility, access to information and knowledge, economic status, behavior and cultural norms, women face inequality and discrimination.

Effects of climate change, like floods, droughts, extreme rains, dust storms, agricultural disruption, heat waves etc, strengthen and exacerbate the already existing inequalities making them the biggest victims of climate impacts. The UN data shows that 75 per cent of the people displaced by natural disasters or emergency situations are women and children. In countries such as Bangladesh, apart from other factors, women’s vulnerability to floods and storms increase where they are less likely to know swimming and have proper access to shelters and relief camps owing to social and cultural reasons.

The risks and impacts of climate change are, therefore, differentiated and so climate solutions must adopt gender responsive approaches. Such approach aims to recognize women’s different needs, knowledge, priorities in terms of their relationship with the environment, facilitate women’s representation in different levels of planning and governance and empower them as equal stakeholders in addressing climate impacts.

Women are powerful agents of change. Research has established them as custodians of traditional knowledge of food and as creative innovators. However, their role has yet not been utilised when it comes to contributing to address and cope with climate change and such examples are not very prevalent. In one such example, in Belize, women divers have helped restore coral reefs by receiving training on marine tourism and ecology restoration. In Tamil Nadu, India, women have improved traditional practices of threshing and winnowing to make food last longer. While women have still contributed in the field of adaptation and conservation practices, in mitigation, there are very limited examples of women as entrepreneurs and leaders in the energy sector.

Global climate regime and the issue of gender

While understanding the different risks that men and women encounter, the global climate regime or the United Nations Framework Convention on Climate Change (UNFCCC) has still taken 25 years to recognise gender inequity in climate redressal. It was only in 2017 that a comprehensive Gender Action Plan was framed in annual climate summit at Bonn, Germany, with focus on capacity building, knowledge sharing and communication, gender balance and women’s leadership, coherence, gender responsive implementation of the convention and the Paris agreement and monitoring and reporting of activities with gender considerations.

In the landmark Paris Climate Agreement, which was meant to limit global warming within safe temperature levels, that came to force in 2015, less than 30 per cent of the delegation heads were women. Further, only few countries including Mexico, Kiribati, Ethiopia, Nigeria have talked about women’s vulnerabilities to climate impacts in their national climate action plans or the Nationally Determined Contributions (NDCs) submitted under the Paris Agreement.

Since the climate regime is more ‘bottom up’ in character, it is left to the parties to design and meet the objectives of different components encompassing gender responsive approach.  At domestic level, parties must ensure gender analysis and balanced representation in their planning and governance processes.

As an instance, measuring, reporting and assessment of climate actions must incorporate gender sensitive indicators. Likewise, vulnerability assessment in case of adaptation and risk projects must take into account sex-disaggregated data so that specific vulnerabilities of women are identified and addressed accordingly. Gender balance in parties’ delegations to climate summits and meetings is also required for balanced solutions to climate change.

At the global level, the regime’s role can be more representative and facilitative. One instance could be in the area of women’s access to climate friendly technology which is at present largely hindered. Similarly, balanced representation of women in governing bodies of climate funds such as the Green Climate Fund (GCF) would be an important step in their enhanced decision making to effectively fund climate solutions. Under the UNFCCC, parties are now working towards formation of rule book for implementation of Paris Agreement. As the rule book will set the course of nature and design of climate actions in the future, it is important that the gender responsive approach be reflected across components of Paris Agreement such as monitoring and reviewing, collective assessment of climate actions, adaptation and communication, finance, loss and damage.