Climate talks: INDCs and the role of land use

Though some countries have emphasised on land-use change and forestry in their contributions, their commitments don’t seem to be ambitious enough 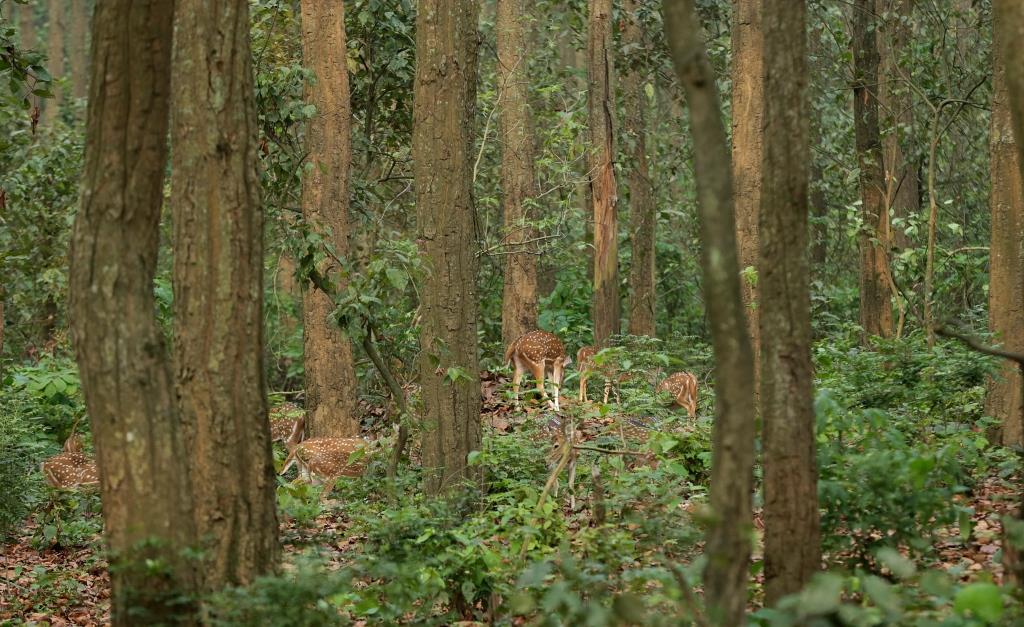 It is a well-known fact that vegetation and soils can remove carbon dioxide from the atmosphere and store it in different forms of carbon as carbon sinks. And human activities, including land use, land-use change and forestry (LULUCF), impact these sinks that can store carbon dioxide. Historically, deforestation has been a major source of emission for many countries, with large forest reserves. Therefore, the emissions for these countries have been high too.

LULUCF emissions are usually hard to measure as they require estimates of the land area affected as well as the depth of peat soil that has burnt. Forest fires usually occur naturally, but many are initiated deliberately and illegally to clear the land for crops, such as palm oil. Similarly, in dry years, forest fires can run out of control and can cause major spikes in greenhouse gas emissions, making it difficult for countries to maintain their commitments. Although remote sensing has become increasingly powerful in estimation of loss and damage, calculating the emissions based on degradation of forests, density of forest and type of vegetation, cannot be understood without on-the-ground sampling. Land use and land change for agriculture, to an extent, can be considered as a necessity for countries to improve their developmental status. But when used for commercial purposes like, it is looked upon as a luxury.

In this context, emissions proposed to be reduced from LULUCF play a major role in the Intended Nationally Determined Contributions (INDC) being submitted by countries. Countries like Brazil, Indonesia and some African countries are highly vulnerable to climate change and have been high emitters because of land use patterns as it has been one of their major economic drivers.

Brazil has a plan

A closer look at the Brazilian INDC says that it takes into account the role of conservation units and indigenous lands as forest-managed areas. The footnote explains “conservation units” as federal and state-level protected areas and “indigenous lands” as areas at the minimum in the “delimited” stage in the demarcation processes. In simple terms, indigenous lands, inhabited and exclusively possessed by indigenous people and mostly the forest lands not managed by the government, are also being taken into account. Without the role of these managed areas, Brazil’s contribution in the INDC would represent “a reduction of 31 per cent in 2025 and 37 per cent in 2030 in relation to 2005 levels”. Brazil, however, has stated that it would reduce greenhouse gas emissions by 37 per cent below 2005 levels in 2025 or an indicative 43 per cent below 2005 levels in 2030. Brazil’s INDC also mentions how it did not consider removals (by planting trees or managing forests) from conservation units and indigenous lands prior to guidelines in its first national communication and explains how it would neither be compatible with current guidelines, nor comparable to other Parties’ contributions. Disregarding these “removals” compromised the comparability of the Brazilian initial inventory with other Parties’ inventories. Brazil’s second communication revised this approach.

Brazil INDC also states that it is anyway willing to further enhance its contribution towards achieving the objective of the convention, in the context of sustainable development. But according to a report in Thomson Reuters Foundation, SEEG, an independent emissions measuring system has calculated that Brazil's greenhouse gases had already fallen 33 per cent from 2005 to 2013 due to successful policies to repress illegal deforestation. So, we also need to question if 37 per cent reduction is ambitious enough and if Brazil can do a lot more and not just rely on its reserves to show emission reduction.

Indonesia, on the other hand, in its INDC has stressed on how the emissions of the country have been high because of the land use change, peat and forest fires. The INDC mentions that around 63 per cent of its emissions are from LULUCF. But as Indonesia has pledged to reduce its emissions by 26 per cent unconditionally and up to 41 per cent conditionally below 2009 levels, it has been working on developing policies and mechanisms to reduce its emissions from LULUCF. And so the country aims to reduce up to 29 per cent unconditionally of business as usual by 2030 and has shown leadership with Nationally Appropriate Mitigation Action (NAMA) proposals and voluntary commitments.

It is not surprising that even in Russia’s INDC, a lot of stress is laid on LULUCF as Russia has around 25 per cent of the world’s forest resources. The INDC mentions how forest management is one of the most important elements of the Russian policy to reduce greenhouse emissions up to 25 to 30 per cent with LULUCF. The INDC clearly states that it will include maximum possible account of absorbing capacity of forests. Such accounting of LULUCF emissions would allow Russia’s emissions to increase by 30 to 38 per cent above 2012 levels, according to a report by Climate Action Tracker. So with the fall in Soviet economy from 1990 and addition of LULUCF data, the pledge seems hardly ambitious.

Apart from these issues of how LULUCF is being reported in INDCs, other problems include inconsistency in its historically recorded data, transparency, fluctuations and methods of calculating it. Annex-1 countries (countries classified as industrialised countries and economies in transition) are mandated by the United Nations Framework Convention on Climate Change (UNFCCC) to report any change in their LULUCF data, so a number of non Annex-1 countries tend to have inconsistent inventory. The accounting of LULUCF is a very complex issue that needs to be discussed and agreed upon in detail for the climate deal in Paris to be meaningful without unfair advantage to some countries over others.