Does India need a pact with China in Paris?

As India’s growth ambitions are different and more critical than that of China, the coalition may not be a good idea

By Syed A A Farhan 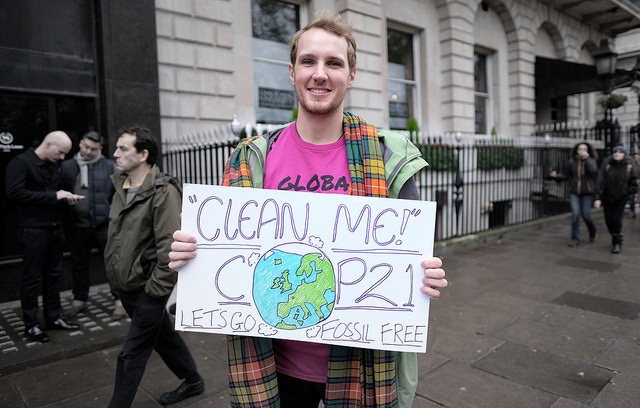 The ongoing COP 21 summit in Paris is touted by some as the do-or-die moment for global climate change negotiations.

It is being viewed as a last chance for the international community to reach a new strong climate agreement. So far, the developed nations have been lagging behind in their commitments while developing nations such as India and China, have done more than their fair share through their Intended Nationally Determined Contributions (INDCs).

There has been a general understanding that India needs to form a coalition with China, which would help pressurise a better deal from the western nations. The Indian negotiating strategy is actively pursuing it.

However, there is a twist in the tale. India’s growth ambitions are different and more critical than that of China. India has around 26 per cent of its population under the poverty line as compared to China’s 3 per cent.This requires our development, mitigation and adaptation pathway to have a course of its own, different from that of China.

The US-China relations have progressed on climate change when compared to other areas where there seems to be a disagreement. It has been a safe space for constructive dialogue amid tensions on other issues.

The two nations had signed a bilateral climate change agreement in November last year which was considered a historic step. With the setting up of the Asian Infrastructure and Investment Bank and proposing a fund for climate for south nations, China has not much of a requirement for finance from the West.

The Chinese spend less than Indians on procuring renewable energy relative to their incomes. In its INDC, India further intends to generate 175 GW of electricity from renewable sources by 2022.

This is equal to a 30 per cent increase from the current share of renewable energy. This diversification of energy will need financial and technological aid from western nations and bilateral relations can help India to achieve these goals.

But the general perception going to the Paris summit is that the west might not keep its $ 100 billion pledge, and therefore, India must find other ways to finance its mitigation and adaptation measures. The climate proposal then must be exceptionally different for India and China.

India’s per capita emissions with 1.92 tonnes of carbon dioxide equivalent are behind compared to China’s 7.69 tonnes in 2011.

According to the World Energy Outlook, with increasing coal requirement India will take over the EU, Japan in China as the world’s biggest importer in less than five years from now.

India’s energy output is mostly dominated by coal, which is a fraction compared to China. Additionally, most of the coal is imported in India when there is an acute demand to enhance domestic production.

With the World Bank likely to follow the US Exim Bank and ending funds to coal-based power generation projects, there is a high risk to India’s growth curve.

It is a stark discrimination as the US coal-based thermal power usage is higher than India even if it has declined in recent years. It produces around 35 per cent more coal than India.

India cannot make a transition from coal to clean renewable energy without strong financing and technology. The country still ranks 135 out of 187 on the Human Development Index, there are 400 million people without access to electricity in India.

An equitable agreement would be strongly dependent on the intangible political will of all the concerned parties with a focus on the development demands of the global South.

Climate change negotiations have been failing due to the neglect of the political struggles within nations. The Chinese INDC is in line with its short-term economic and security priorities. Therefore, India wishing for a collaboration, should not yield much as every nation has its own political struggle.

We must also look at the deeper characteristics of the international system in the sense that the global ambitions of China are different from those of India.

The COP 21 is a platform based on a framework—United Nations Framework Convention on Climate Change. The nations have to push forward for a deal. The convention brings together countries as parties and acts as a facilitator. Many countries would be required to step up beyond their national interest in order to arrive at a deal. Already, the pledges of the developed nations are far off from their fair share. Hence, getting 190 countries together to agree to a common deal is not easy. An agreement that addresses developing countries’ need is certainly difficult to achieve at the Paris summit. India must secure its bit of future carbon space and stop expecting more than an incremental gain coming out of Paris.

The common but differentiated responsibility will no longer help India’s cause unless it focuses on an equity-centric narrative.

The country has walked away from nuclear treaties and trade deals when it has perceived them to be biased. The Non-Proliferation Treaty and the Doha round of the World Trade Organization negotiations is an example. Therefore, India has a veto on the climate agreement. Moreover, it is more susceptible than China to climate change.

With a long coastline and a vulnerable agriculture industry, the consequences of a failed climate deal are higher for India than China.

Climate change will increase India’s development challenges, more so in the rural regions. India should forge ties with the US and the EU on a particular bilateral level that can provide it a pivot to reach a climate deal that is well in line with the principles of equity. It should move beyond trying for a coalition of consensus with China regarding a climate deal.

A strong and ambitious outcome is in India’s long-term interests, but as the framework to be drafted at Paris may not be legally binding the pledges may remain voluntary.

We need the West for technology, finance and capacity building; our targets must focus on the vulnerable sections of the society.

The development and poverty issues that India highlights at the talks must translate down to the women and children. India may be blamed for creating deadlocks and as a deal breaker, but it must fundamentally alter its approach and strategy to reach the desired goal.