Drying land and heating seas: why nature in Australia’s southwest is on the climate frontline 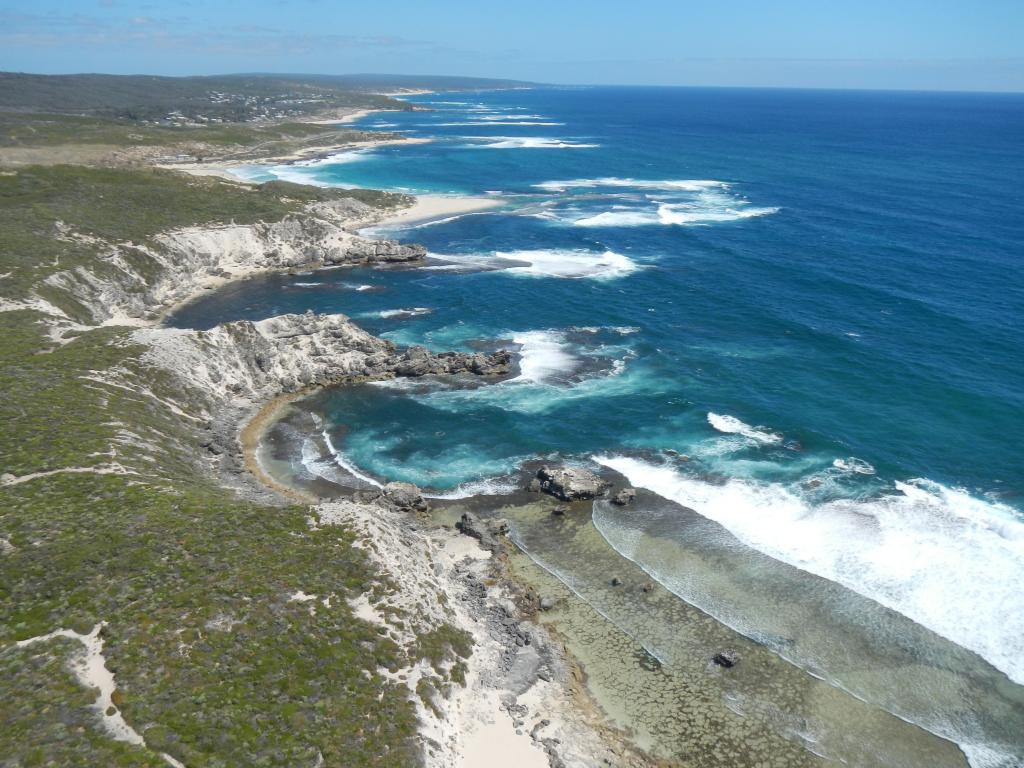 In a few days world leaders will descend on Glasgow for the United Nations climate change talks. Much depends on it. We know climate change is already happening and nowhere is the damage more stark than in Australia’s southwest.

The southwest of Western Australia has been identified as a global drying hotspot. Since 1970, winter rainfall has declined up to 20 per cent, river flows have plummeted and heatwaves spanning water and land have intensified.

The Intergovernmental Panel on Climate Change warns this will continue as emissions rise and the climate warms.

Discussion of Australian ecosystems vulnerable to climate change often focuses on the Great Barrier Reef, as well as our rainforests and alpine regions. But for southwest Western Australia, climate change is also an existential threat.

The region’s wildlife and plants are so distinctive and important, it was listed as Australia’s first global biodiversity hotspot. Species include thousands of endemic plant species and animals such as the quokka, numbat and honey possum. Most freshwater species and around 80 per cent of marine species, including 24 shark species, live nowhere else on Earth.

They evolved in isolation over millions of years, walled off from the rest of Australia by desert. But climate heating means this remarkable biological richness is now imperilled — a threat that will only increase unless the world takes action.

Southwest WA runs roughly from Kalbarri to Esperance and is known for its Mediterranean climate with very hot and dry summers and most rainfall in winter.

But every decade since the 1970s, the region’s summertime maximum temperatures have risen 0.1-0.3℃, and winter rainfall has fallen 10-20 millimetres.

And remarkably, a 1℃ increase in the average global temperature over the last century has already more than doubled the days over 40℃ in Perth.

This trend is set to continue. Almost all climate models project a further drop in winter rainfall of up to 30 per cent across most of the southwest by 2100, under a high emissions scenario.

The southwest already has very hot days in summer, thanks to heat brought from the desert’s easterly winds. As climate change worsens, these winds are projected to get more intense, bringing still more heat.

Annual rainfall in the southwest has fallen by a fifth since 1970. That might not sound dangerous, but the drop means river flows have already fallen by an alarming 70 per cent.

It means many rivers and lakes now dry out through summer and autumn, causing major problems for freshwater biodiversity. For example, the number of invertebrate species in 17 lakes in WA’s wheatbelt fell from over 300 to just over 100 between 1998 and 2011.

The loss of water has even killed off common river invertebrates, such as the endemic Western Darner dragonfly, with most now found only in the last few streams that flow year round. The drying also makes it very hard for animals and birds to find water.

Most native freshwater fish in the southwest are now officially considered “threatened”. As river flow falls to a trickle, fish can no longer migrate to spawn, and it’s only a short march from there to extinction. To protect remaining freshwater species we must develop perennial water refuges in places such as farm dams.

The story on land is also alarming, with intensifying heatwaves and chronic drought. This was particularly dire in 2010/2011, when all ecosystems in the southwest suffered from a deadly drought and heatwave combination.

What does that look like on the ground? Think beetle swarms taking advantage of forest dieback, a sudden die off of endangered Carnaby’s Black Cockatoos, and the deaths of one in five shrubs and trees. Long term, the flowering rates of banksias have declined by 50 per cent, which threatens their survival as well as the honey industry.

For agriculture, the picture is mixed. Aided by innovation and better varieties, wheat yields in the southwest have actually increased since the 1970s, despite the drop in rainfall.

But how long can farmers stay ahead of the drying? If global emissions aren’t drastically reduced, droughts in the region will keep getting worse.

Increased heating and drying will also likely threaten Margaret River’s famed wine region, although the state’s northern wine regions will be the first at risk.

The seas around the southwest are another climate change hotspot, warming faster than 90 per cent of the global ocean since the middle of last century. Ocean temperatures off Perth have risen by an average of 0.1-0.3℃ per decade, and are now almost 1℃ warmer than 40 years ago.

The waters off the southwest are part of the Great Southern Reef, a temperate marine biodiversity hotspot. Many species of seaweeds, seagrasses, invertebrates, reef fish, seabirds and mammals live nowhere else on the planet.

Marine heatwaves are now striking alongside this long-term warming trend. In 2011, a combination of weak winds, water absorbing the local heat from the air and an unusually strong flow of the warm Leeuwin Current led to the infamous marine heatwave known as Ningaloo Nino.

Over eight weeks, ocean temperatures soared by more than 5℃ above the long-term maximum. Coral bleached in the state’s north, fish died en masse, 34 per cent of seagrass died in Shark Bay and kelp forests along 100 km of WA’s coast were wiped out.

Following the heatwave came sudden distribution changes for species like sharks, turtles and many reef fish. Little penguins starved to death because their usual food sources were no longer there.

Recreational and commercial fisheries were forced to close to protect ailing stocks. Some of these fisheries have not recovered 10 years later, while others are only now reopening.

This is just the start. Projections suggest the southwest could be in a permanent state of marine heatwave within 20-40 years, compared to the second half of the 20th century.

Read more: How much do marine heatwaves cost? The economic losses amount to billions and billions of dollars

Nature in the southwest cannot adapt to these rapid changes. The only way to stem the damage to nature and humans is to stop greenhouse gas emissions.

Australia must take responsibility for its emissions and show ambition beyond the weak promise of net zero by 2050 and commit to real 2030 targets consistent with the Paris climate treaty.

Otherwise, we will witness the collapse of one of Australia’s biological treasures in real time.