Egypt: The halting place of feeble and mighty

Countries meeting in Egypt need to ensure climate finance given as grants, not loans 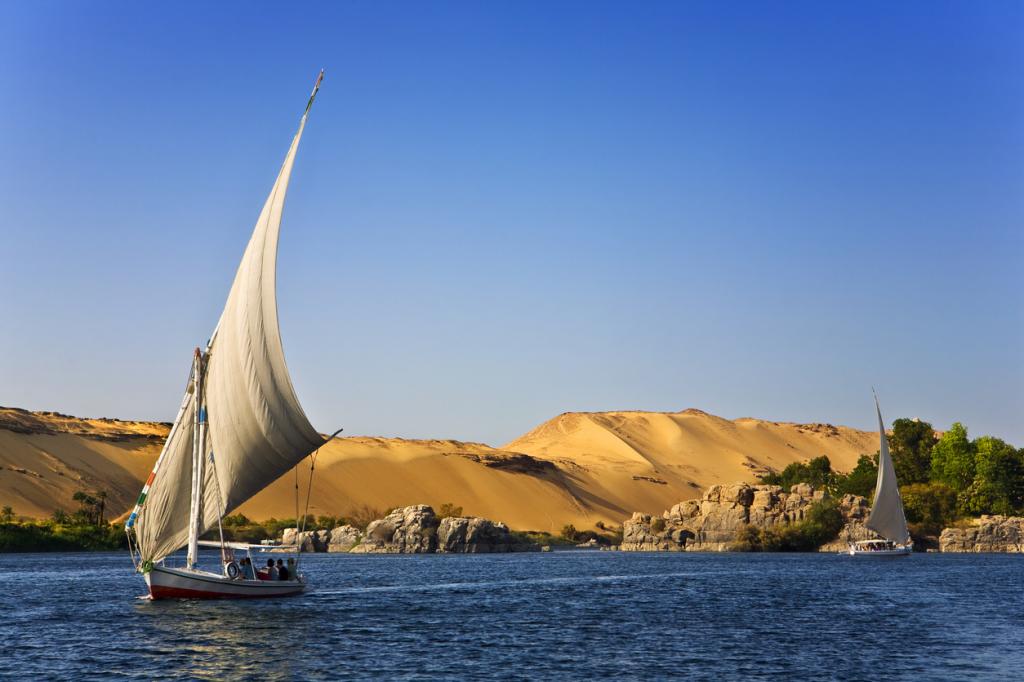 I arrived at length at Cairo, mother of cities and seat of Pharaoh the tyrant, mistress of broad regions and fruitful lands, boundless in multitude of buildings, peerless in beauty and splendor, the meeting-place of comer and goer, the halting-place of feeble and mighty, whose throngs surge as the waves of the sea, and can scarce be contained in her for all her size and capacity. Ibn Batuta (1304-1369)

Sharm El-Sheikh in Egypt is the meeting place of ‘comers and goers’ for the 27th Conference of Parties (COP2) to the United Nations Framework Convention on Climate Change (UNFCCC) from November 6-18 — a halting place for the “feeble and mighty”.

Mighty are those nations who have already consumed their fair share of the carbon budget, the nations which went first into industrialisation and categorised as developed nations.

The feeble nations are those in which a large population live in abject poverty and classified as developing or least developed countries.

The spirit of cooperation required for global ambitious action keeps wavering under the various permutations of formal and informal grouping, defections, regrouping, semantics of a comma here, or a word there, and optics.

On the other hand, the current development model based on unlimited growth and consumption, binding all together is like a ‘devil’ that eats its own center to grow from each side bigger and bigger.

And this insidious continuous eating out of natural resources, biodiversity, minerals to produce stuff for human consumption and sustaining a particular lifestyle, produces a lot of greenhouse gases and impacts quality of air, water and green spaces.

COP27 has been named ‘implementation COP’ for the Paris Rulebook, and financing is one of the critical issues for the implementation to take place.

The earlier commitment of providing $100 billion every year from 2020 by the developed nations to support mitigation and adaptation for the developing and least developed countries has not been fulfilled.

Ratcheting the new finance goals with the ambition of required mitigation and adaptation actions is farfetched. Not only that, the financing promised by the developed nations to tackle global problems as part of their responsibility is far from inadequate.

But the even more critical issue is that it has been left on the markets, multilateral banks and various debt instruments, including attempts to get public financing also converted as a means to support the debt instruments as blended finance.

As the world leaders are in Egypt, take lessons from its history. Egypt could have been that rich, industrialised developed nation, at least one nation representing Africa and the Middle East and a passage to Asia towering high on its industrialised base, but it was not to be so.

It could never come out of the massive debt for the famous Suez Canal debacle. It has remained a developing nation after so many decades and is still one of the biggest lenders for  the International Monetary Fund.

A big agenda for countries discussing in Egypt needs to be to ensure climate financing for mitigation and adaptation is in the form of grants and not in the form of loans.

Before accepting climate finance, it is important to seek clarifications on the nature of finance: Whether the finances are grants or loans, new or recycling of existing development aid, adequate for countries to take additional responsibility for mitigation and adaptation.

A recent report from Oxfam showed that more than 80 per cent of bilateral finance flowing from the developed nations to the countries in Asia has been financed through loans and debt instruments.

Read more: Run up to COP27: Only a quarter of global climate finance flows into Asia; much of that in loan

Market rates have been charged by the multilateral banks for more than half of the loans provided as climate finance in Asia. The intention of the Copenhagen Accord, Paris Agreement and Just Transition  has to be implemented in the spirit of global cooperation and cannot be reduced to an opportunity for the investors to lend loans.

South Africa, already an indebted nation, is being ushered into the just transition partnership in the form of loans only. At some point of time, with transparency measures and good scholarship of data and analysis, this phenomenon of drowning the debt-ridden nations in more debt, needs to be called off by the think tanks, researchers and many big international organisations as their responsibility.

And it is also important to understand why current economic models drive the flow of finances in the form of loans and debt instruments only.

Another important issue linked with the current growth model and climate change is sustainable production and consumption. In COP27, attention on this issue is being brought by India: the theme of the India Pavilion is lifestyle for environment.

However, the responsibility for consumption cannot be left only on the consumers and individuals as lifestyle changes. In the current growth model, consumers have the agency of choice, but it is limited.

Smartphones, for instance, have an average lifespan of 2-4 years. A family of four is forced to consume almost 20 phones in 15 years. The mobile companies are not regulated to restrict the sale of the product (especially the operating system and the software) which runs out of steam every three years.

Consumers, whether belonging to a mighty nation or a feeble nation, are not asking to provide them a gadget or appliance which is based on use and throw.

This is just one example of an unsustainable production model. Within the current growth model, the private sector is trying its best to be a part of the solution. A lot of action was taken in the last decade in reducing industrial water consumption, increasing power efficiency in its production or even investing in trash management and reuse, among others.

However paradoxically, the bottom-line of the growth model, which sustains on selling more and more phones, clothes or any product somewhere, needs to change. Regulation of sustainable production has to be more than just tinkering with environment, social and governance (ESG). It is about acknowledging limits to growth.

Kate Rowath, an English economist, suggested an alternative economic model ‘Doughnut Economics’, where she criticises contemporary economic decision-making based on the economic theories of the 1960s, based on infinite growth.

She outlined seven ways to think like a 21st-century economist, taking into account the well-being and prosperity of human beings but also the safe space of overlapping planetary boundaries. This requires shaping the economy and business for a distributive economy and regenerative economy, and bringing back the active role of local communities in the economic model.

Ashish Kothari, an Indian environmentalist, proposed an alternative framework, which is evolving through a consultative process. Much like the doughnut model, it is based on the limits of Earth and maintaining the eco-regenerative processes that conserve ecosystems, communities at the center with agency and responsibility, having wealth within the context of sustainability, justice and equity.

Time has come to think radically differently about the development model. Goal 12 (sustainable production and consumption) precedes Goal 13 (taking climate action) in the list of the United Nations-mandated sustainable development goals. But  Goal 12  has to precede in the literal sense to attain climate justice.

Vanita Suneja is an independent researcher and writer. She has worked with various institutions over a period of three decades on environment, gender, water & sanitation