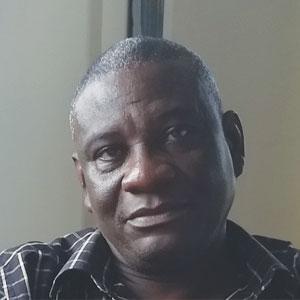 In Ghana, illegal, unregulated and unreported (IUU) fishing happens at two levels: international players operating in West Africa indulge in it to maximise profits and almost all local fisherfolk engage in one or the other way of IUU fishing.

Let me begin with local IUU fishing practices. If you go by the existing Ghanaian law, every fisherman is engaged in illegal fishing because the law says everyone has to be registered with the Ghanaian authority. Even the net they use has a smaller mesh size than the one cm size approved by the law. They also use crude methods to get more fish, which are illegal.

The law also says fisherfolk need to take prior permission to transfer fish from one boat to another. But nobody cares. People also fish in juvenile breeding areas, which are not clearly marked. The fish they bring is unreported because it is illegal.

Then there are several fishing vessels from Asia that are operating in the domestic waters after forging a local partnership. The law says each vessel should have only 25 per cent foreigners and 75 per cent from Ghana. What is happening on the ground is that a Ghanian gets the license and gives it to the foreigner and goes to sleep. Now the foreigner decides what, when and where to fish. Little wonder the number of international trawlers in West Africa has increased from just 14 in 1986 to over 700 today. These trawlers are supposed to engage in dip water fishing, but they do all kind of mid-water, surface fishing.

Even they catch juvenile fish and small fish and then illegally sell it to traditional fisherfolk in the sea. 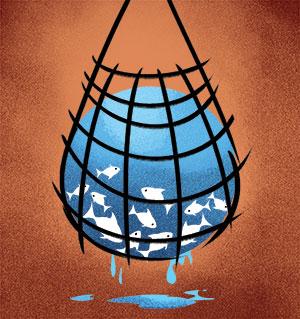 Organisation for Economic Co-operation and Development estimates that globally US$ 23.5 billion dollars are being lost due to illegal fishing of which 37 per cent happens in West Africa. So, it becomes very difficult for our local fisherfolk to get fish. So they are indulging in anything to survive. This is the reason they have resorted to using light, dynamite, chemical etc just to ensure that they get fish.

So, there is the blame game. Fisherfolk blame big trawlers but they do not talk about what they are doing. They say that if these big vessels are moved out, they will be fine. Everybody knows that the locals who have entered into partnerships with foreign players have become rich people. What they do not realise is that they are selling their birthright to foreigners for money.

We don’t have fisheries in Ghana. If we have to revive this, we have to take some pain. We need to focus on behavioural change which takes time. We have poor law enforcement for which the government needs to be blamed. Last week, few people were arrested for engaging in illegal fishing, but local politicians asked the officials to release them. In the nutshell, this is how the issues play out. The administration says something is being done but is that enough, that is the question. I think Ghana needs another yellow card from the European Union as during the last one between 2013 and 2015, the government took some prepared some documents to curb IUU. But whether they were implemented or not is different question.

The author is the director of Hen Mpoano, a Ghana-based non-profit which works with coastal communities. As told to Kundan Pandey