IEA Roadmap modelling its way out to remove emissions with tech

To make the IEA Roadmap for the global energy sector a reality, global development in clean and green energy needs to vastly pick up the pace and accelerate technological innovation 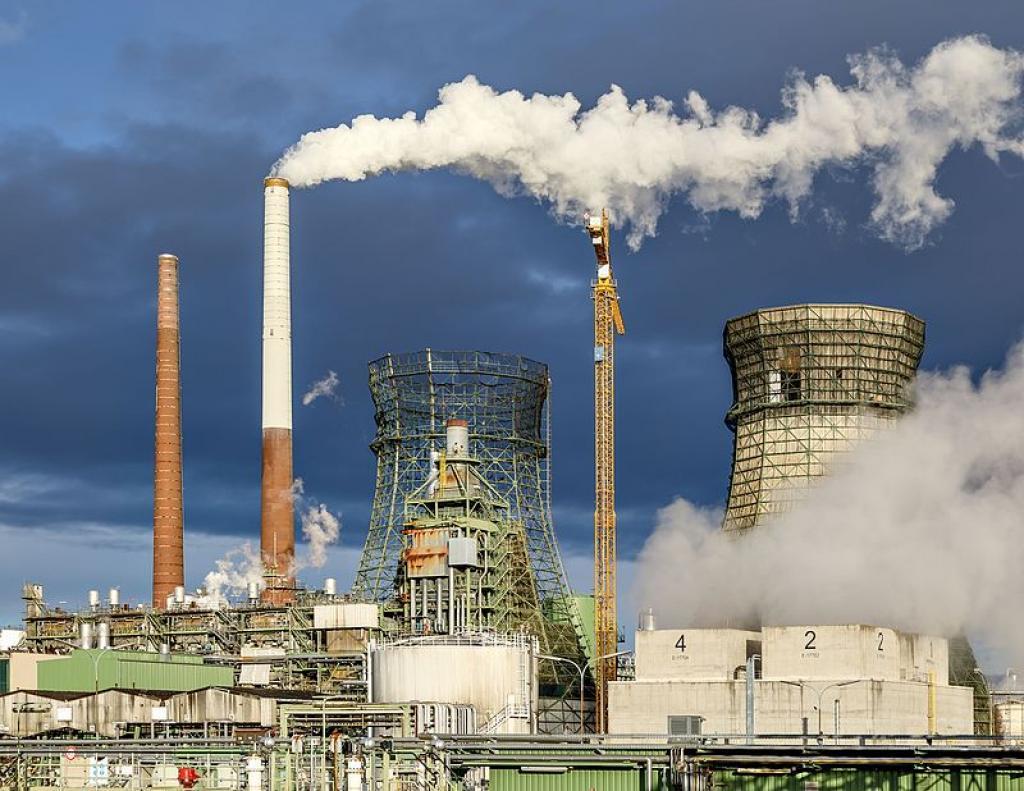 Almost all the nearly 200 countries of the world have published their ambition to become net zero, the internationally agreed-upon goal for mitigating global warming in the second half of this century. This is a promising development overall.

However, there is a wide gap between their ambition and their ability to fulfil their net zero pledge. The recently released International Energy Agency’s (IEA) Net Zero Emissions (NZE) Roadmap is supposed to provide a pathway to bridge the current gap between rhetoric and reality in reducing greenhouse gas (GHG) emissions from the energy and industry sectors.

The IEA ‘Roadmap for the Global Energy Sector’ combines the data modelling skills of the organisation’s two flagship series the World Energy Outlook and Energy Technology Perspectives. This allows for consideration of the health impacts of air pollution, as well as the land use and emissions impacts due to the demand for bioenergy. The NZE Roadmap also modeled for investment, spending and global gross domestic product.

The roadmap, with 400 milestones identified, promises to span all sectors and be technically feasible, cost‐effective and socially acceptable.

The scenario is built on three principles:

The IEA says NZE would give a 50 per cent chance of staying below 1.5C, with no ‘overshoot’ ie global warming more than 1.5C, if paired with stringent cuts to non-carbon dioxide GHG and emissions from forestry and land use.

Cumulative global CO2 emissions from energy use and industry would reach 450 billion tonnes (carbon dioxide equivalent or GtCO2) between 2020 and 2050, with 45GtCO2 from land use and forestry.

This falls within the 500GtCO2 remaining carbon budget for 1.5C, the IEA says, based on the Intergovernmental Panel on Climate Change (IPCC) special report on 1.5C. However, a recent Carbon Brief post looked at the latest evidence and put the budget at just 440GtCO2 from 2020.

A brief overview of the highlights of the IEA NZE strategy illustrates the recommendation for no new oil, gas or coal mines approved for development from 2021 itself, with a phase-out of unabated coal in advanced economies by 2030. The Centre for Science and Environment (CSE), a Delhi-based think tank, by quoting a proposal by Greenpeace and CoalSwarm, had recommended the same in its new book.

Other notable strategies by 2030 include 1020 gigawatt (GW) annual solar and wind capacity, clean technology to be demonstrated at scale, 60 per cent of global cars to be electric and new buildings to be zero carbon ready and finally, universal energy access.

Carrying along this pathway, the Roadmap models that almost 70 per cent of electricity generated will be from solar and wind, over 90 per cent of heavy industrial production is low emission and more than 85 per cent of buildings are zero carbon ready. 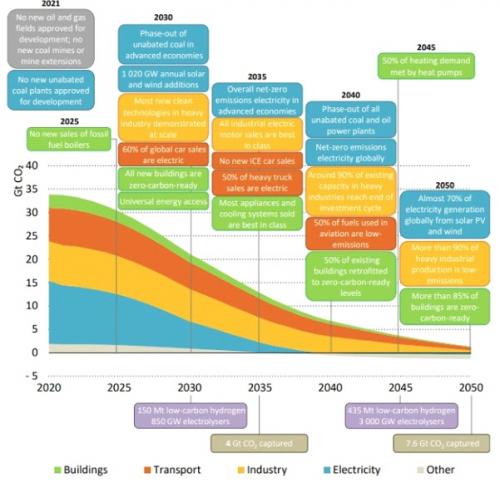 In a nutshell, the IEA 1.5C Roadmap suggests the following on global electricity generation towards 2050:

Also, a quick comparison between the IEA NZE Roadmap and IPCC’s 1.5C Pathway reveals that the NZE emphasises more on renewable energy and lower energy use. Therefore, its focus is more on decarbonising and less on mitigation or offset strategies such as CCS and bio energy with carbon capture and storage (BECCS) that are currently not market ready or competitive and only at the experimental phase.

These negative emission technologies are often criticised as measures of the future which will allow economies to still pollute now, instead of immediately reducing their GHGs.

A noteworthy point is the concept of ‘just transition’ allowing economies’ strategies to adapt from a fossil fuel-driven economy to clean energy. Criticism could be extended if IEA did not consider historical emitters, ignoring the principal of ‘climate justice’.

However, it seems IEA has thankfully covered this issue of paramount importance as it would influence questions of equity and fair share regarding responsibility of who decarbonises first. Developed countries benefitted from the Industrial Revolution at the cost of emitting GHGs, leading to climate change.

Hence, they have the economies to decarbonise, allowing space for poor and developing countries to get financing and innovation organised to switch to cleaner energy options.

However, the overall critique to the IEA Roadmap is that there is no easy way to engineer a way into technological removal of emissions and IEA is over relying on modeling a way out. Therefore to make this Roadmap a reality, global development in clean and green energy needs to vastly pick up the pace and accelerate technological innovation.

This is the same drum that the climate community has been beating. To reach net zero emissions by 2050, annual clean energy investment worldwide will need to more than triple by 2030 to around $4 trillion.

Here is what the NZE Roadmap says about investment into fossil fuels:

No new oil and natural gas fields are required beyond those already approved for development. However, continued investment in existing sources of oil production are needed.

Similarly, for coal, it says:

No new coal mines or extensions of existing ones are needed in the NZE as coal demand declines precipitously.

On average, oil demand in the NZE falls by more than 4 per cent per year between 2020 and 2050. Once fields under development start production, all upstream oil and gas investment is spent on maintaining production at existing fields. If this roadmap is to be followed, investments in fossil fuels would reduce dramatically.

For hydrogen, both the amount needed and the production route of hydrogen change radically in the NZE. Demand is projected to increase almost six fold to 530 million tonnes in 2050, accounting for 13 per cent of global final energy demand in 2050. Scaling up deployment of technologies and related manufacturing capacity will be critical to reducing costs.

There is potentially an over-reliance on behavioral change to consume less energy. Regulations will be essential to positively motivate constructive social change in economies.

The world is facing a formidable task of transforming the energy sector within 30 years in a cost-effective manner, even as the world economy more than doubles in size and the global population increases by 2 billion people.

The need for the world to reach NZE by 2050 lies in the major interim steps that need to be taken through 2030 — to engineer cheap and green energy from hydrogen and renewable energy while making them accessible to all.