Is safety the real concern? 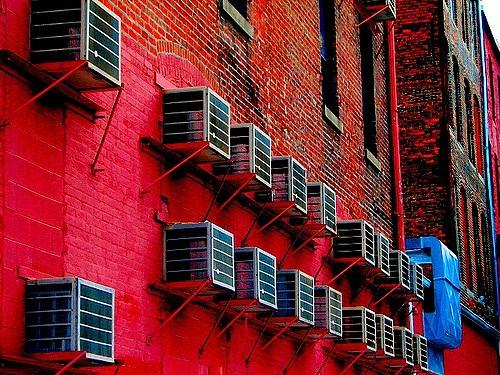 In an age where environmental clearances are being diluted for “ease of business”, it is surprising to see an opposition in relaxing archaic standards without compromising on safety in the refrigeration and air conditioning sector.

Updating the standard would allow the safe use of non-patented, low global warming potential natural refrigerants. Improving the standard without compromising the safety is now a possibility with the advancement in technology and it is time to rethink the reasons behind the objection raised by some sections of the industry and whether safety is their real concern.

The current standards of safety of refrigerants were designed with many assumptions, which don’t hold good anymore because of the advancement in technology. The formula used in the standard to decide the quantity of refrigerant gas that can be used does not take into consideration additional features like improving tightness and airflow which would make the equipment safer.

In the recent negotiations during the Montreal Protocol in Vienna, it was clear that there was a strong opposition from many countries even to form a working group which could lobby with the International standards committees on behalf of the Montreal Protocol to fasten the process to change the standard, which allows the wide use of natural refrigerants.

In Vienna, China proposed to establish a committee to have regular consultations on safety standards, but it was shot down outright by Saudi Arabia and USA. In spite of many studies and clearly explaining the science behind the new developments, which make use of natural refrigerants safe, there is an unusual fear mongering. It makes one rethink if it is really the concern about safety that is prohibiting the widespread use of natural refrigerants.

For bigger countries it is clearly evident that they are trying to use the protocol as a tool to promote their technology, patents and setting a monopoly, which is not a possibility with natural refrigerants. Most of the natural refrigerants don’t have patents, are relatively cheaper and are easily produced and available, but these reasons have turned out to be a curse as they don’t have any active lobby to promote them. Countries which usually jump at innovation are choosing to ignore the technical advancements which make the use of natural refrigerants safer. The same countries are willing to relax the standard for mildly flammable refrigerants which will bring in another generation of synthetic chemicals and will not help getting the world of chemical treadmill.

For many small countries, which are low volume consuming countries, the fear is more about servicing than about the usage, as natural refrigerants might need trained technicians in handling. But this threat can be turned into an opportunity with the right kind of programmes and funding from the multilateral fund of the Montreal Protocol; the unorganised sector of technicians can be formally provided employment. It will also help the countries in keeping their emissions low as natural refrigerants have very low global warming potential.

There is no doubt that safety should not be compromised, but a simple evaluation will tell you that the fear, which is being created by ignoring the technology advancements and selectively relaxing the standards for few synthetic chemicals, is an agenda to bring another round of chemicals and not necessarily because of the safety concerns about the use of natural refrigerants.