Loss and damage in climate negotiation

An issue of delayed climate justice 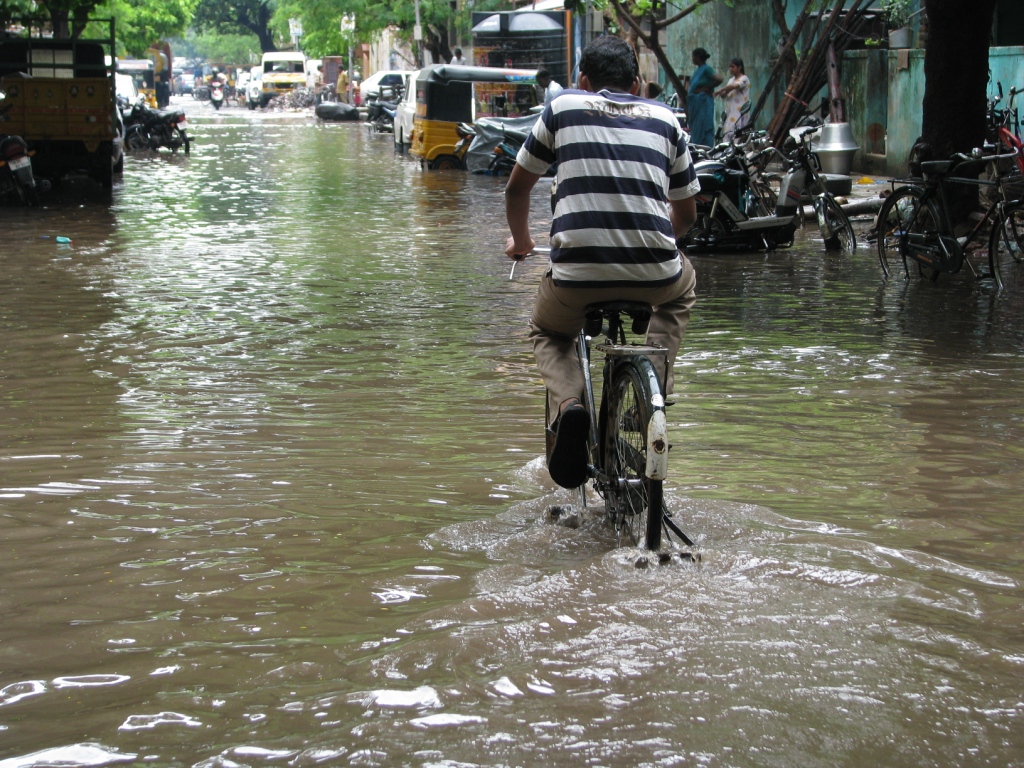 The year 2015 has been witness to the worst global weather phenomena in decades, putting at least 20 million people at risk. Predicting the cost of climate change or how much to attribute to it is a difficult task but the rising number of people affected by this phenomenon are the world’s poorest and often the least equipped to deal with its effects.

According to Amanda Staudt, climate scientist for US-based non-profit National Wildlife Federation, global warming is bringing more frequent and severe heat waves and the result would be serious for vulnerable populations. As world leaders negotiate to reach a formal agreement on climate change in Paris, Chennai is experiencing its devastating impact, which in turn has been felt by a number of cities in India in the last couple of years. Cities like Shanghai, Mumbai, Cairo and Dhaka are home to vast numbers of people situated in low-lying coastal areas and vulnerable to rising sea levels disrupting economic activity. These rising levels may eventually force people out of these big coastal cities along with increased strength and frequency of sea surface temperature-related weather events (like cyclones) may make entire regions uninhabitable. Countries such as Kiribati and Maldives may disappear underwater before the end of the century. A recent assessment also predicted that the city of New York is more climate-resilient than cities in the developing south. The UN warns that over the past 30 years, $1 of every $3 spent on development has been lost as a result of recurring crises, resulting in a loss of $3.8 trillion worldwide.

When we speak of climate justice, it is often mistaken by the developed world as a desire to replicate the comforts and luxury of their lifestyle. But climate justice is a question of equity. In the third decade of climate negotiation, we have now realised that neither mitigation nor adaptation strategies are sufficient to prevent the present nor future negative impacts of climate change. Therefore, including “loss and damage” in the negotiating text as a separate issue would signal acceptance that it is as important as adaptation and mitigation. It will give the developing countries an assurance that they will not be left alone to deal with loss and damage.

How did we get here: Historical context and progression of the issue

“Loss and damage” are the claims made by the developing world on rich countries to provide compensation for the “losses and irreversible damage, including non-economic losses” associated with climate change. The term “Loss and Damage” was introduced in the international climate negotiations text by small island nations and least-developed countries in Cancun in 2010. Subsequently, the establishment of the Warsaw International Mechanism on loss and damage (WIM) at the UN climate summit in 2013 created a divide between those most vulnerable and those most responsible for climate change. The issue of loss and damage has historically been in the background at the UN’s annual COP summits, while greenhouse gas emissions policies and support for adapting to climate change took centre-stage. The moral argument for loss and damage originates from the fact that countries that are most vulnerable to extreme event conditions are also the least responsible for anthropogenic global warming. Thus, the developed countries owe compensation as a matter of climate justice, given that they failed to reduce their emissions in the context of historical responsibility. But the developed countries distance themselves from discussing about compensation because they believe it is a limitless liability and compensation that they cannot afford.

The Global Climate Fund (GCF) was established at the Copenhagen climate summit in 2009 with the aim of transferring money to help developing countries implement climate policies. When the fund was set up, world leaders committed to contributing $100 billion a year by 2020. The GCF had originally aimed to get countries to pledge $15 billion in seed funding by the end of 2014, but it lowered the target to $10 billion in September 2014. However, the pledges made in CoP 20 in Lima, Peru were not sufficient to reach the goal, totalling $9.3 billion. Many of these pledges were made in the countries’ national currencies, meaning the overall value depended on the exchange rate. The GCF is used for funding adaptation measures in developing countries, such as better flood defences, drought monitoring schemes, and water management systems. It also contributes towards helping developing countries curb their emissions by de-carbonising their energy and transport infrastructure.

Debates on loss and damage for developing countries have been limited to transition towards low carbon economy and the associated financial mechanism but not the residual damage. But it soon became clear that mitigation efforts were not enough to avoid the negative impacts of climate change. Therefore adaptation became the focus of negotiation and a concern for developing countries. Though most countries have a plan to adapt to climate change, no amount of adaptation will be enough to protect people and livelihoods from the serious impacts of climate change.

So far, global and national climate policies are largely based on mitigation and adaptation but there is no international protocol describing as to with whom the liability or responsibility of the matter lies. So again, we return to the decades-old question: who will pay? The big emitters know that if financial compensation becomes an option, they would face a debt that no one is willing to pay, made obvious by the industrialised countries’ opposition at the climate negotiation.

The multi-window mechanism proposed by AOSIS in 2008 remains to this date, the only formal proposal made by CoP to address loss and damage. This mechanism is made up of three mutually dependent elements: insurance, rehabilitation/compensation, and risk management. It was presented as an integrated approach with the aim of enhancing adaptive capacity. In September this year, the United States, Canada, Japan, New Zealand, Norway and Switzerland suggested that the WIM has developed guidance for comprehensive risk management that addresses issues related to climate change displacement and migration, and establishes a risk transfer through international insurance instruments. The group also pledged to ramp up climate insurance to cover an additional 400 million of the world's poorest and most vulnerable people particularly exposed to climate impacts during the next five years. In the same declaration, G-7 leaders backed a goal to de-carbonise the world economy by 2100 and to cut greenhouse gas emissions 40 per cent to 70 per cent by 2050, from 2010 levels.

Insurance facilities and increased insurance coverage are the key topics that would be repeatedly discussed at CoP 21. UN Secretary-General Ban Ki-moon pledges to boost the role of insurance in protecting the most vulnerable against the impacts of climate change. The Ban Ki-moon Climate Resilience Initiative will work with existing partners such as the Africa Risk Capacity (ARC) and would help increasing insurance penetration and food security in the most vulnerable regions of the world. Additionally, this initiative will align with the UNEP Principles for Sustainable Insurance (PSI), the largest collaboration between the UN and the insurance and reinsurance industry, to create a Sustainable Insurance Policy Forum. This forum will aim to scale up policy progress made by insurance regulators in addressing climate and sustainability-related risks.

US President Obama announced a contribution of $30 million to help make insurance against climate-related damage available in the Pacific, Central America and Africa. In his speech at the CoP 21 opening speech ceremony, President Obama said, “For some, particularly island nations…climate changes are a threat to their very existence. That is why today, in concert with other nations, America confirms our strong and ongoing commitment to the Least Developed Countries Fund. And tomorrow, we’ll pledge new contributions to risk insurance initiatives that help vulnerable populations rebuild stronger after climate-related disasters.”

The vulnerable communities have challenged the UNFCCC’s approach to loss and damage claiming it does not address the urgency of the problem. These developing countries want acknowledgement that adaptation is not enough when the negative impacts of climate change have moved beyond the ability of these vulnerable communities. The UNFCCC refers to mechanisms like improving risk management, promoting better dialogue among institutions and enhancing practical actions such as technology transfer and better finance. But it does not elaborate on the environmental and social conditions that qualify as a loss and damage. Therefore, the scientific community has urged [for a universally accepted definition of loss and damage], but there is no political discussion at UNFCCC level.

Paris won't close the door to future negotiations on “loss and damage”. In 2016, at CoP22 in Marrakesh, the CoP plans to do a formal review of the Warsaw mechanism's structure and effectiveness.