Mitigating floods and droughts has only one answer: obsessive attention to building millions and millions of connected and living water structures 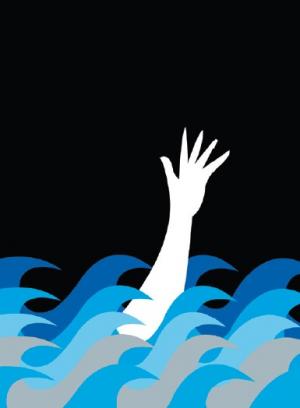 Floods in the time of drought are India’s new normal. Let us get this clear. Each year without fail, a vicious cycle of crippling drought and then devastating floods plays out before us. Sometimes this cycle gets so bad that it even makes it to the headlines. But the fact is that this cycle is getting a new normal. First, floods and droughts come together. Today, even as 40 per cent of the districts in India face prospects of drought, close to 25 per cent districts have had heavy rainfall of more than 100 mm in just a matter of hours. Secondly, the rainfall is not only variable but also extreme.

This is the double whammy I have discussed countless times in my articles. The fact is that on the one hand, we are getting our water management wrong—we are building in floodplains, destroying our waterbodies and filling up our water channels. On the other hand, climate change is beginning to show its impact on the monsoon. It is leading to more rain in a fewer number of rainy days, as scientists have predicted. We now see more rain and more extreme rain events.

This year, up to mid-August, data shows that India has had 16 extremely heavy rain events, defined as rainfall over 244 mm in a day, and 100 heavy rain events, defined as rainfall between 124 to 244 mm in a day. This means that rain will become a flood. Worse, in met records, the rain will be shown as normal, not recognising that it did not rain when it was most needed for sowing or that the rain came in just one downpour. It came and went. It brought no benefits. Only grief.

It is time we understood this reality. This means learning to cope with twin scenarios, all at once. This means being obsessive about how to mitigate floods and how to live with scarcity of water. But the good news is that doing one can help the other. But we need to stop debating, dithering or dawdling. We know what to do. And we have no time to lose—climate change will only increase with time as weather and rainfall will only get more variable, more extreme and more catastrophic.

Take floods. The media has reported that the government is considering—which can only be called a hare-brained scheme—desilting the massive Brahmaputra to control floods in Assam. This is not just unfeasible but an unnecessary distraction as it means we will lose more time. In Bihar, the government wants to do more of the same by building embankments along its rivers. This is when its own Kosi is perhaps the only river in the country, which is called both mother and witch. It comes down from the Himalayas; is known to bring vast quantities of silt; and, changes course with regular precision. We know that all efforts to tie up the river by building embankments have not worked; the silt fills the river and the bed rises, and the water spills and seeps out across the region. This year’s floods in Bihar have already taken over 250 lives (conservative figures) and devastated more than 10 million people. Not small. And remember with every flood and every drought the poor get poorer. The entire development dividend is lost; homes, toilets and schools built are washed away and livelihoods, destroyed.

The answer to floods is what has been discussed for long. In fact, it was practised in these flood-prone regions many decades ago. It requires planning systems that can divert and channelise water so that it does not flood land and destroy life. It means linking rivers to ponds, lakes and ditches so that water is free to flow. This will distribute the water across the region and bring other benefits. It will recharge groundwater so that in the subsequent months of low rainfall, there is water for drinking and irrigation.

It will also ensure that there is food during the flood period, as wetlands are highly productive in terms of fish and plant food.

Mitigating floods and droughts has only one answer: obsessive attention to building millions and millions of connected and living water structures that will capture rain and be a sponge for flood and storehouse for drought. The only question is: when will we read the writing on the wall? Get with it. Get it right.