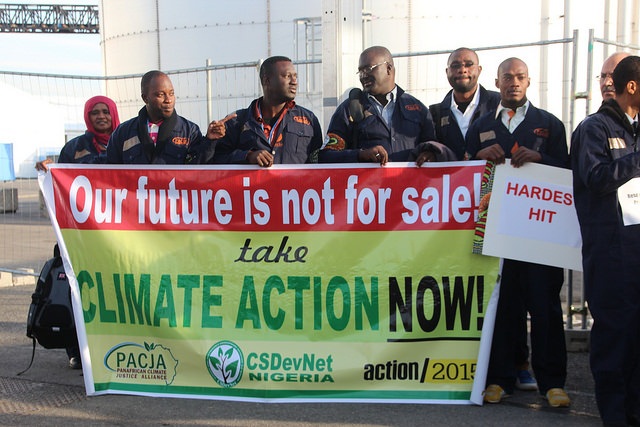 Technology transfer is likely to play a crucial role in increasing mitigation and adaptation practices in developing countries when it comes to climate change.

A substantial amount of money is being spent on developing environmentally-suitable technologies. However, the investment is mostly focused on the developed countries.

This gap may lead to a scenario where the developing countries may have to pay large licencing fees to gain access to these technologies.

Technology transfer will be a bone of contention during the COP 21 talks in Paris, with the latest draft having weak language on this issue.

The negotiators in Paris would do well to incorporate the experiences on technology transfer from another emission abatement mechanism—the Montreal Protocol.

Though the technology transfer mechanism as part of the Montreal Protocol had a degree of success, it was limited by the incremental costs allowed per tonne of ozone-depleting substance (ODS) abatement.

This curtailed the fundings available for countries to get the latest technologies in the field, where a handful of companies had gained the Intellectual Property Rights for the said technology, thus adding to the cost.

A counterpart of incremental costs in United Nations Framework Convention on Climate Change (UNFCCC) can be found in the minimum criteria for economic effectiveness as part of the Green Climate Fund (GCF)—the operating entity for finance under the UNFCCC.

The criteria limits the funding at US $ 420 per tonne of carbon dioxide for Small Island Developing States (SIDS), Least Developed Countries (LDCs) and African states and US $ 230 per tonne of CO2 for other developing countries.

The cost of patented technologies in mitigation and adaptation may be higher than this threshold under some of the circumstances, especially in connection to SIDS.

Therefore, there should be more fluid criteria in the case of technology transfer in relation to SIDS and other developing countries where access to the latest technologies is crucial when it comes to mitigation and adaptation.

The current standard is that at least 5,000 people must be benefitted for a project to be approved under the GCF. Although this is a low enough benchmark to allow for the funding of technology transfer under the GCF for adaptation, there is perhaps a need for clarification on how a technology-transfer mechanism for the most vulnerable countries will be operationalised.

This can perhaps be through an articulation of the various infrastructure/institutional innovations that may be needed to deal with the impacts of climate change.

There is a need for developing countries to have technologies that are most suited to their current scenarios.

Hence, they may need funding for R&D for indigenous mitigation and adaptation technologies.

The Montreal Protocol currently curtails funding under its Multilateral Fund (MLF) for research as the abatement potential for research funding is uncertain. Therefore, there is a need for the GCF and UNFCCC texts to have specific guidelines on R&D (research and development) funding that will be needed by the developing countries.

The latest draft text at COP 21 in Paris emphasises the need for collaboration in technology development and transfer in its early stages.

Such a differentiation and the stage dependent funding for technology transfer may serve as detrimental for countries that do not have the capacity required for developing early-stage technologies.

It may also be prudent for countries to outline their priority technology areas and even specific technologies to the extent possible as part of their final submissions to the UNFCCC.

This can be in the form of annexes to their Intended Nationally Determined Contributions (INDCs) (India has a set of R&D priority areas for mitigation mentioned as part of its INDC) or separate documents. This would help get a clearer indication in the text about technology transfer and the need for funding.

The progress on major technologies can be tracked as part of the Subsidiary Body for Scientific and Technological Advice (SBSTA) established under the UNFCCC.

Although some non-Annex countries like China and South Korea have made significant advancement in the growth of technology for mitigation and adaptation, the large majority of IPR is still owned by the developed countries.

South Korea (showing a large increase in the number of patents filed in the past 10 years) was next followed by the UK and France.

The study shows that a large majority of the patents for renewable energy technologies are held by the Organisation for Economic Co-operation and Development (OECD) countries.

India does not figure in the top 20 of the countries studied, with most of its patents filed focusing on solar and wind energy technologies

Technology transfer is one of the major focus points of India’s INDC, with the need for technology highlighted in sectors related to both adaptation and mitigation.

Some of India’s R&D priorities for mitigation mentioned as part of its INDC include: