Private sector must be engaged to restore degraded land

The onus of restoration lies on individual farmers, those organised as cooperatives and the companies that now know that long-term growth and profits cannot be at the expense of healthy land 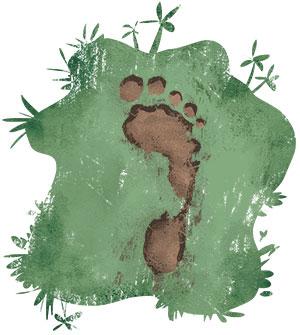 We take for granted the abundance of productive land, assuming that damaged land will heal itself. Left alone for a very long time, it would. Eventually. But that’s not our reality.

Four recent independent assessments show that degraded land is not recovering fast enough and that the drivers and impacts are no longer limited to the local. They are global.

That puts the onus of restoration on everyone who rightfully consumes that which is not produced locally. The private sector must be engaged as governments cannot do it alone. Nor should communities have to pick up their slack.

The rising global momentum and dem and for environmental action makes this an ideal moment to change how we plan and manage land. The benefits of doing so are farreaching, and global.

To understand my claim, let me explain first what the science is telling us. Over 1.3 billion people in the world are directly affected by land degradation, but more than 3.2 billion are impacted indirectly. That is nearly half of the global population, and well over the 2 billion people who live in the world’s dryland areas.

Drylands were the primary target of the United Nations Convention to Combat Desertification (UNCCD) when it was negotiated 25 years ago. These lands face the greatest risk of degradation (referred to as desertification) compared to other types of land systems.

And yet assessments in the last two years show that 23 per cent of the land is degraded, mostly in areas outside the drylands. That is about 1 in every 4 to 5 hectares (ha) of land. Moreover, 75 per cent of the land has been altered from its natural state. That’s about 3 out of every 4 hectares of productive land. What’s more, these changes have occurred over the last 50 years, primarily for agriculture.

These changes affect the resilience of land. It makes us more vulnerable to floods, droughts and forest fires. And with habitat loss comes the loss of biodiversity, ground-water and soil fertility, and vast amounts of carbon stored in plants and soil releasing into the atmosphere, worsening climate change.

The political climate for change is ripe. We have an unprecedented opportunity to turn the tide if we can get the private sector to get in on the action.

By private sector, I don’t mean just people in dark jackets. It is the individual farmers and those organised as cooperatives seeking to raise productivity of their land to feed a family, create wealth or get their produce to the market. Everyone is saving money for retirement in an investment fund, and desires a return that does not harm their own future and that of their children or grandchildren.

And yes, it is the companies that now know that long-term growth and profits cannot be at the expense of healthy land.

Investing in productive land use and management is not all about the environmental good. It is in our self-interest, enlightened self-interest. It is a quick way to create jobs, preserve seeds, replenish freshwater sources, build beautiful and secure homes and chart the path to good health.

This is both a low-hanging environment-policy fruit as well as a powerful tool to achieve the Sustainable Development Goals.

Degraded land is a liability for business; indeed for any community. The reverse is also true. Restoring degraded land will help farmers to flourish, communities to thrive, the private sector to grow and the environment system to rebound.

The success of the anti-plastics campaign, the emergence of environmental protests by schoolchildren and the growing influence of green parties in Europe herald a new era, and signal that a private sector committed to “sustainable living” must be part of any business model.

There is good progress being made in many parts of the world, including in India, to build upon. Implementation of the Paris Agreements (to limit increase in global average temperature to 1.5oC above pre-industrial levels) starts in earnest in 2020. The post-2020 agreement on the conservation of biological diversity will be defined at the same time.

Then there is the new decade of Ecosystem Restoration, which runs from 2021 to 2030, and this will be a great opportunity to scale up the land degradation neutrality (LDN) approach. The approach, whereby countries avoid degrading land, reduce degradation where it is in progress and reverse it in degraded areas, offers multiple benefits for the actors involved, from the household to the global levels.

The time for change is now. Young people are impatient and action from the private sector is lagging. However, political commitment to measurable actions, such as the achievement of LDN and the Bonn Challenge — a global effort to restore 150 million ha of deforested and degraded land by 2020 and 350 million ha by 2030 — are unprecedented. The demand for environmental leadership and action has never been more.

India is a global leader on all fronts—policy, technology, economy, consumer base, food production and social action. As incoming president of the UNCCD Conference of Parties through to 2021, it is my hope that people of India will stake a claim in this piece of history by igniting and championing a global shift towards land restoration on a grand scale.

This was originally published in Down To Earth's print edition dated 1-15 September, 2019