India has been trying to achieve to put 33 per cent of its geographical area under forest, but the latest report shows that it is yet to reach 22 per cent 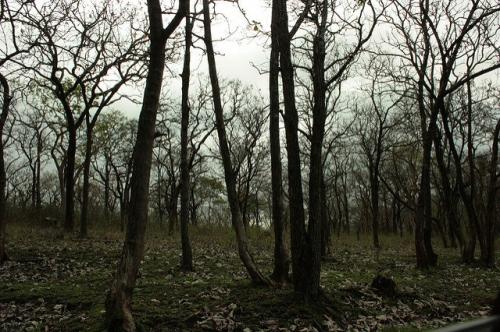 Every second year since 1991, the Government of India publishes a report, “The State of Forest Report”. The report is published by the Forest Survey of India based on remote sensing data gathered from the states and the Union Territories (UT).

Undoubtedly, this provides us the most authenticated data at large. The latest report dated 2015 shows that the highest forest cover can be noted in Mizoram (88.93 per cent) followed by Lakshadweep (84.56 per cent), Andaman and Nicobar Islands (81.84 per cent) and Arunachal Pradesh (80.30 per cent).

Logically, the very figure of Lakshadweep occupying the second place is a misnomer as the green cover of Lakshadweep is composed of largely thousands of coconut palm trees.

India has been trying to achieve to put 33 per cent of its geographical area under forest, but the latest report shows that it is yet to reach 22 per cent, notwithstanding the erroneous inclusion of data from Lakshadweep.

India is a member of the United Nations Framework Convention on Climate Change and has been actively participating in all Conference of the Parties (COP) meets, the last one being COP 21 held in Paris in December 2015.

All these show the seriousness on the part of the Government of India to the issue of climate change. How can one judge the success of the Green India Mission? One has to remember that India has pledged to increase 25 million hectares of forest cover from the current 17.2 million hectares by 2030.

A critical analysis will show that there are four avenues available to achieve the target.

These are the national afforestation and eco-development board under the environment ministry headed by the inspector general of forest, the Compensatory Afforestation Programme from the funds collected from approved development projects for conversion of forest land for non-forest purpose, plantation programme under the Mahatma Gandhi National Rural Employment Guarantee Scheme and the watershed development programme.

A recent report based on the National Remote Sensing Centre, Hyderabad, shows shocking data, revealing the gap between claims made of 19.64 million hectares covered under afforestation during 2003-14 and the actual 2.4 million hectares in reality.

A total amount of Rs 41,000 crores was spent on this. Further analysis reveals more interesting data. Arunachal Pradesh has a forest cover growth of 554 sq km as against the 771 sq km of loss of forest cover. Andaman and Nicobar Islands has done afforestation on 161 sq km while losing 213 sq km of forest cover. Mizoram has 635 sq km of new forest with a loss of 318 sq km.

Interestingly, the chairman of the national afforestation and eco-development board said, “almost half of the plantation area is notional”, and a large number of trees failed to survive due to various reasons.

He added, “if from 9-10 million hectares plantation 2 million forest cover has increased, it is still an achievement”.

The problem is that climate change is a reality. India needs to achieve a real Greening of India Programme to save millions of citizens living in the deltas, in the Himalayan foothills and also in its vast arid regions.

The country has not been successful in accessing funding for more than two projects from the International Adaptation Fund and its own adaptation fund allocation of Rs 350 crore seems to be low. One has to remember that India, even with lowering of female fertility rates, still has a population of more than 1.24 billion in 2.4 per cent of global space.

A real Greening of India Mission can provide the most possible route through carbon dioxide absorption from the atmosphere to achieve its declared intended goal of reduced carbon emissions (Intended Nationally Determined Contributions).