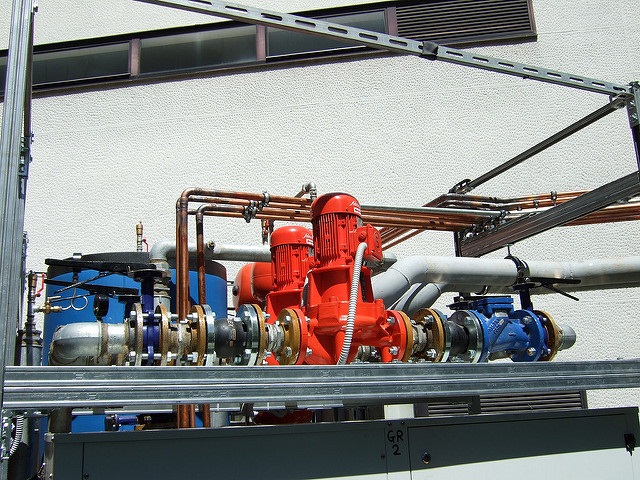 A standard is an agreed, repeatable way of doing something. Every product manufactured needs to follow a specific standard so that there is uniformity in it and manufacturers can be held accountable to maintain a certain quality.

With changing technology over the passage of time, there is always a need to keep improving the standards. For example, in electronic products there needs to be improvement in terms of energy efficiency and safety, along with having a low environmental footprint.

A standard document is made by forming a committee with the involvement of industry experts, academicians and civil society members.

The document does not have any legal binding until and unless mandated under law, but standard documents are made in many technical fields to evolve a common procedure and maintain the quality of the product. It is also made to have expert opinions in improving that particular product.

Currently, there is no existing standard document by the BIS which can address hydrocarbons that have a huge potential to replace hydrofluorocarbons (HFC). Negotiations are going on in the Montreal Protocol to phase out HFCs as they have a high Global warming potential (GWP).

The most commonly used refrigerants prior to 1930s were the natural ones—carbon dioxide, ammonia and hydrocarbons. But due to the limitations of technology at that time, the challenges associated with natural refrigerants such as flammability, pressure and toxicity could not be overcome.

So, the chemical industry came up with high-ODP (Ozone depletion potential) and high-GWP chlorinated fluorocarbon refrigerants to replace HFCs. But advances in refrigeration technology over the past few decades have brought natural refrigerants back into the mainstream.

All refrigerants are dangerous if misused or applied incorrectly. In the refrigerant and air-conditioning industry, there is a need to rework on standards with developing technology and with more efficient alternatives which have a low GWP.

Natural refrigerants like hydrocarbons with low GWP can break the chemical treadmill that is being followed in the industry currently.

It is important for a developing country like India to develop its own version of a standard as it will help the local industry stay independent and take the decision to move in the direction in the best interest of the industry and the environment.

When doing this, it is advisable to follow an equivalent international standard or a widely acknowledged national or regional (for instance European) standard.

Global standards applicable to refrigeration and air-conditioning come mainly from the International Standardisation Organisation (ISO) and the International Electrotechnical Commission (IEC), in addition to some of the regional and country-specific standards.

It is a common practice that international and regional standards are adopted at the regional and national levels. During this procedure, standards can be modified to suit the best local demands and conditions. Although the concerned IEC standard is under revision and India is a member of the ISO, we need to start the process of similar Indian standards as soon as possible as developing a India-specific standard requires significant technical resources, expertise and time.

Hydrocarbons have proved to be efficient refrigerant gases. They are currently being used in India, but the problem in scaling it up is the non-existence of a standard to address the concerns that are country specific.

To increase the capacity of the air conditioning, the charge size needs to be increased but without compromising on the safety of the equipment. So, a new standard needs to be designed for Indian conditions which can accommodate the country’s requirements of having a higher capacity and have use of the technology like leak detection sensors, safety valves and so on.

India has a range of unique concerns which the European standard does not address. One of the major issues is that India has very high temperatures in most regions and so needs higher-capacity air conditioning unlike European countries. Standards in Europe are based on room size which is a challenge to implement with practical problems like no regulation on installation.

The good news is that the concerns that exist have proven solutions with experiments conducted in labs which need to be discussed and the larger group of members made aware of.

To counter all these concerns having an Indian standard which can take the local requirements into account can be a game-changing solution. A standard needs to be designed which will address not only the safety concerns, but also stress on improving efficiency and providing scope for scaling up to accommodate requirements.

Delhi-based Centre for Science and Environment is organising a workshop on “Addressing challenges in safety standards for hydrocarbon refrigerants in the RAC sector” on April 26‐27, 2016 to address some of the concerns and propose the way forward for creating a new standard.