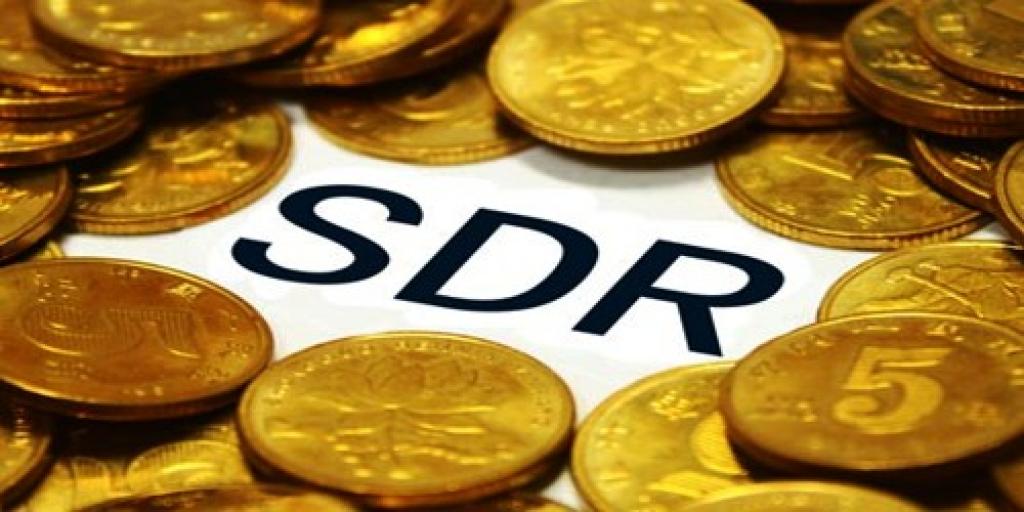 The International Monetary Fund (IMF) recently proposed to issue $500 billion worth of Special Drawing Rights (SDRs) to help countries deal with the economic fallout of the novel coronavirus disease (COVID-19) pandemic. After pushback from the United States and India at the G20 virtual meeting in March 2020, the IMF is considering redistribution of existing unused SDRs of rich countries to low-income countries.

Created by the IMF in 1969 in the context of the Bretton Woods fixed exchange rate system, the SDR is a supplementary international reserve asset to supplement its member countries’ official reserves. It is valued on the basis of a basket of currencies viz United States dollar, British pound sterling, Chinese renminbi, Japanese Yen and the Euro. As of March 2020, SDR 204.2 billion (equivalent to $281 billion) have been allocated to member countries.

The Articles of Agreement of the IMF permit it to allocate SDRs to members in proportion to their IMF quotas, also known as a general allocation. Due to this, developed countries such as the United States and most European countries receive about 60 per cent, and most nations of Asia, Africa and Latin America receive about 40 per cent of an SDR allocation.

When the IMF first created the SDRs almost five decades ago, it hoped to create a principal reserve asset in the international monetary system. However, at present, the SDR has been termed as one of the most underused instruments of international cooperation.

The potential for SDRs as development finance gained traction after the United Nation’s Financing for Development report in 2001. Realising the unexploited potential of SDRs, in 2002, even George Soros proposed that unused SDRs of developed countries ought to be channelled to fund global public goods and provide developmental aid for achieving the Millennium Development Goals.

By proposing a ‘voluntary’ transfer of SDR holdings, Soros’s proposal did not seek to amend member countries’ existing quota, and thus, was less likely to draw the ire of the industrial economies.

In August 2009, the IMF did approve an unprecedented allocation of SDR 161.2 billion ($240 billion) to member countries, however, this was in response to the global financial crisis of 2008-2009 and to inject liquidity in the market. This did not facilitate the argument for providing on-going development finance through SDR allocations.

While the development aspect for SDRs seemed to have lost steam, it made way for another viable proposal — using SDRs to combat climate change. In 2010, IMF released its staff position note on ‘Financing the Response to Climate Change’. In its note, the IMF proposed a creation of a ‘Green Fund’

with the capacity to raise resources on a scale commensurate with the Copenhagen Accord, i.e, $100 billion a year by 2020.

The Green Fund was to be capitalised by developed countries through their allocation of SDRs and would issue low cost green bonds to finance climate investments.

Similar proposals at the time involved capitalising a ‘Trust Fund’ to be administered by the World Bank and backed by the SDRs of G-20 countries.

However, the Green Climate Fund was eventually set up as a multilateral fund serving the financial mechanism of the United Nations Framework Convention on Climate Change (UNFCCC) and is capitalised through contributions in form of grants, capital or loans from member countries to the UNFCCC. Once again, the proposals for deploying SDRs for alternative causes somehow got lost in the mix.

At its inception, the SDR, as a global reserve asset, was designed to help in stabilising the global economy during financial shocks. Considering climate change poses a direct and indirect threat to financial and geopolitical stability, minimising this risk by using SDRs has been mooted as the need of the hour.

As the IMF explores the possibility of injecting liquidity in the market to counter massive capital outflows from developing countries stemming from the COVID-19 pandemic — it may as well bring its focus to an equally (if not more) impending global crisis — climate change.

The proposal for funding green projects with SDRs does not necessarily have to be mutually exclusive to the use of SDRs for post-pandemic recovery. In fact, use of such SDRs may be such that it ensures a ‘green recovery’ to the COVID-19 crisis, a point which is being mooted at various forums by world leaders and international organisations.

In the past, industrial nations were less in favour of disproportionate allocation of SDRs on two grounds — the fear of increased liquidity causing high inflation and the continued obligation to pay interest on their SDR holdings that have been donated to less developed countries.

During the 2008-2009 financial crisis, the US had raised concerns over inflation. Yet, these fears were debunked as inflation remained subdued, even when many low-income nations cashed their SDRs for liquidity. The SDR rate of interest is extremely low and may potentially be guaranteed by IMF using its gold reserves, as proposed by Soros.

The IMF proposal for a one-time allocation to developing countries to deal with the financial crisis is commendable. However, the time is ripe for a renewed debate on SDRs being deployed as a source of development finance for ensuring sustainable and climate resilient development.

While this proposal may require a hefty political consensus, and possibly a US congressional approval, its potential payoff is to provide access to stable finance in accordance with the climate goals. In such a situation, it may be worthwhile for India to revisit its stance on a SDRs allocation (which was dubious to begin with), considering the strain on its social and economic infrastructure.

The current proposal would also potentially make SDR a true global currency; otherwise it may have lost its true purpose a long time ago.