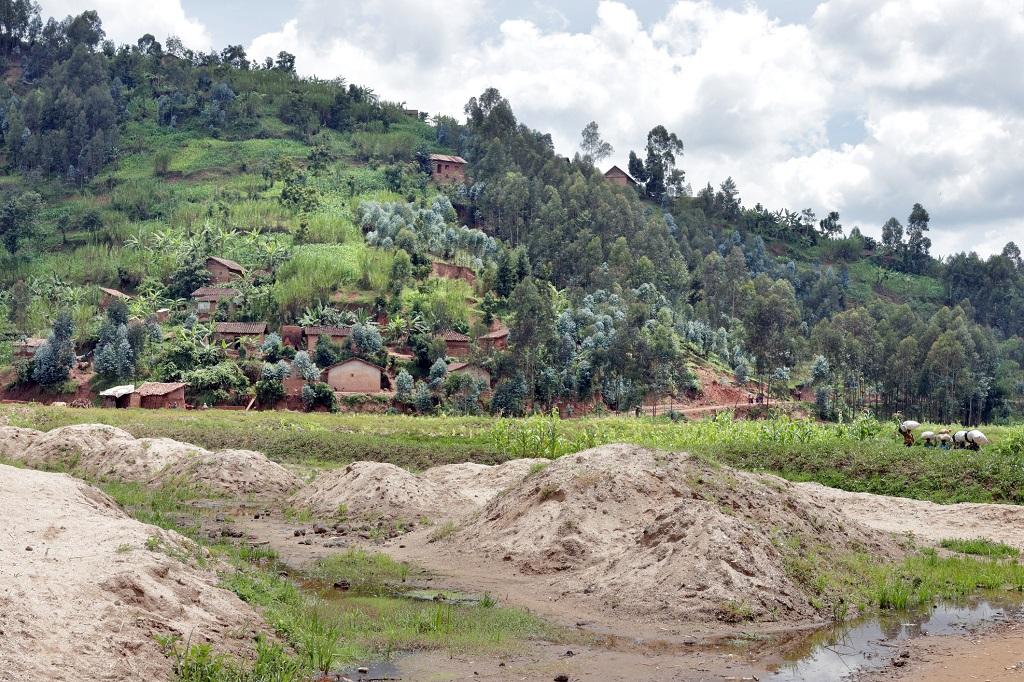 Africa is particularly vulnerable to soil erosion and is the most severely affected continent. Photo: Getty Images 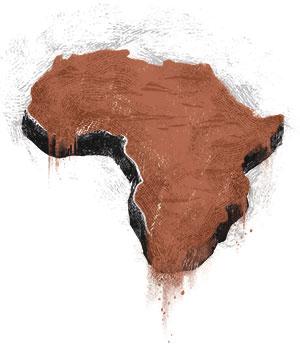 Land degradation and desertification are some of the greatest environmental challenges for the world in light of climate change, rapidly growing population and increasing demand for food, fibre and biomass energy.

As the latest report of the Intergovernmental Panel on Climate Change says, land “provides the principal basis for human livelihoods and well-being, including the supply of food, freshwater and multiple other ecosystem services, as well as biodiversity.”

But the problem of land degradation and desertification is acute in Asia and Africa. Under the Sustainable Development Goals (SDGs) 15.3, a land degradation-neutral world by 2030 would not only depend upon the success of Africa and Asia to combat it, but the overall success would be critically determined by the success in achieving them in the two continents.

UN agencies and the scientific community have been in a continuous discourse on identifying and generating empirical and scientific methods for monitoring, assessing and reporting the progresses on land degradation and desertification.

In Asian countries, the degraded areas mainly include the deserts of China main-land, India, Iran, Mongolia and Pakistan; the sand dunes of Central Asia; the steeply eroded mountain slopes of Nepal; and the deforested and overgrazed high-lands of the Lao People’s Democratic Republic. Asia holds almost 60 per cent of the world’s population.

Of this, nearly 70 per cent live in rural areas and depend directly on land and land-based ecosystem services. As a result, Asia is most severely affected by land degradation, desertification and drought in terms of the number of people.

In Africa too, the situation is alarming. Under Agenda 2063 — Africa’s blueprint for transforming the continent into a global powerhouse — talks about creating a prosperous Africa based on inclusive growth and sustainable development. The continent meeting the SDGs is in line with the aspirations of Agenda 2063.

At the sixth special session of the African Ministerial Conference on Environment held in April 2016, the ministers decided to use the outcomes of the Economics of Land Degradation (ELD) Initiative by Deutsche Gesellschaft für Internationale Zusammenarbeit (GIZ) and the United Nations Environment Programme (UNEP).

The 2015 ELD study provides a vehicle for the generation of policy-relevant information that links the biophysical aspects of land degradation with the economic drivers of change and subsequent implications for society.

Africa is particularly vulnerable to soil erosion and is the most severely affected continent. Two-thirds of productive land has degraded, as per a UNCCD estimate. To achieve SDGs and to realise the aspirations of Agenda 2063, Africa needs to sustainably manage its natural resources.

Desertification has affected 45 per cent of Africa’s land area, of which 55 per cent is at high or very high risk of further degradation. The socioeconomic consequences of land degradation are food insecurity, poverty, social tension, reduced availability of clean water and increased vulnerability of affected areas.

Soil, especially topsoil, is an important natural resource base in the production of food, fibre and biomass energy. It takes 200 to 1,000 years to form 2.5 cm of topsoil under cropland conditions. Land degradation is causing loss of topsoil and the nutrients it contains, which, in turn, leads to reduction in crop production.

Nutrient depletion from 105 million ha of cereal crop-lands in 42 African countries is causing loss of 280 million tonnes of cereal crops a year. The economic value of this was estimated at US $127 billion per year by the ELD study. It shows that benefits of action against land degradation through sustainable land management are seven times higher than the costs associated in the next 15 years.

Economic appraisal (cost of restoration v benefit of restoration) in the ELD Asia study indicates that if all Asian countries invest and develop sustainable land management technologies on its 487 million ha of agricultural land in the next 13 years, the total cost would be $1,214 billion, that is, $2,494 per ha. The present value of the flows of total benefits from investing in sustainable land management is estimated at $4,216 billion, or $8,663 per ha.

This means Asia could create a net present value of $3,008 billion, equal to $6,169 per ha with a benefit-cost ratio of 3:5. China mainland, Saudi Arabia, Uzbekistan, Iran, Myanmar, Indonesia and Japan together account for 88.34 per cent of the net present value, with the ratio ranging from 3:02 in Japan to 6:75 in China mainland.

The study also indicates that investing in sustainable land management technologies and becoming agricultural land degradation-neutral by 2030 would help countries reduce the poverty gap to zero, increase the total per capita domestic food crop production to 858 kg across Asia, and result in economic growth and expansion in the agricultural sector.

The drop in annual production in Asia due to topsoil loss-induced loss of NPK (nitrogen, phosphorous and potassium) amounts to 16.7 million tonnes of crops with a total value of $9.9 billion at the weighted average price of crops produced in the region. In other words, preventing top soil loss-induced NPK loss would increase productivity by 0.68 per cent per year.

Annual production loss due to top soil loss-induced NPK loss is 1.31 billion tonnes or close to 53 per cent of the annual total crop production in the region. The corresponding value of this annual loss at the weighted average crop prices amounts to close to $732.7 billion.

This implies that reducing topsoil induced soil NPK depletion would increase regional productivity from 5.07 tonnes per ha per year to 7.76 tonnes per ha per year. Thus, Asian countries need to act against topsoil loss-induced soil nutrient depletion that is aggravating agricultural land degradation. This may require investment in sustainable land management technologies on agricultural lands.

The benefits of action through sustainable land management to control land degradation outweighs the cost of action in all studied African countries. The net present value of action is non-negative against changes in discount rate, prices of cereals and planning horizon.

The scientific data and economic analysis indicate that in addition to achieving SDG 15.3, investment in sustainable land management on agricultural land would enable most Asian countries to achieve other related SDGs as well.

These include economic growth and employment creation (SDG 8.1 and 8.5), eradicating extreme poverty and reduction of poverty (SDG 1.1 and 1.2), achieving food security through doubling agricultural productivity and income as well as ensuring sustainable food production systems (SDG 2.3 and 2.4). Moreover, results of this study have an important contribution in providing the methods, indicators, and results for measuring and reporting SDG target 15.3 and for integrating particularly the value of soil as a natural capital in the nations’ social accounting matrices.