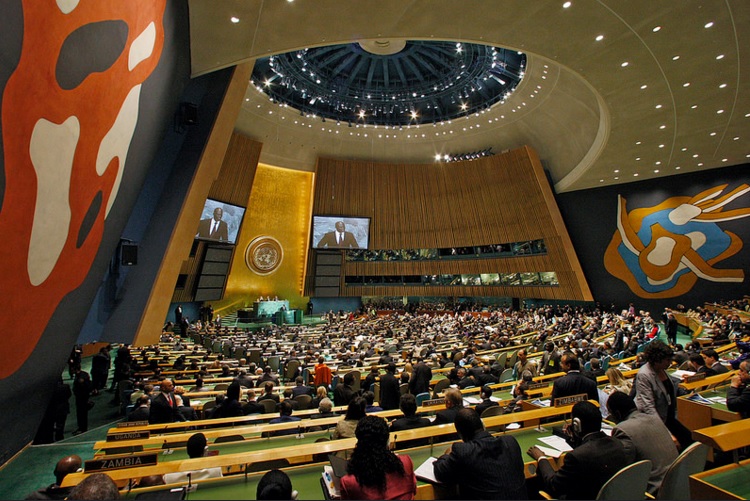 The world has given its assent to the Paris Agreement on climate change. Countries used words such as “strong”, “durable”, “dynamic” to describe the agreement. India hailed the adoption as a “historic day” that promised a “better future” and created a “chapter of hope” in the lives of seven billion people, also claiming the Agreement as an “important achievement” for India.

In this euphoric moment, I find myself in a very difficult position. I was in Paris, too. What I saw was wheeling-dealing and horse-trading. I have read the fine print of this deal. And I find it extremely difficult to express the same sentiments as the majority.

Paris is a “historic” agreement. No doubt. For the first time, all countries have taken on mitigation targets—earlier, that was the main responsibility of developed countries. But the Paris Agreement is also “historic” for something else people are finding inconvenient to talk about:

The Paris Agreement, therefore, is monumental. From now on, the burden of mitigating, as well as paying for the impacts of climate change, has decisively shifted to developing countries. Note, too, that in the post-Paris scenario, developed countries have no legal targets on emissions cuts.

The Paris Agreement has emphatically recognised that the increase in global average temperature has to remain well below 2°C and the world will pursue efforts to limit such increase to 1.5°C. This is an ambitious target. Global warming target of 1.5°C reduces the risks of worst impacts of climate change significantly.

But doubt any negotiator that left the conference room in Paris on the night of December 12, 2015 actually believed the goal of 1.5°C could be met. Negotiators I met used terms like “aspiration” and “compromise” to justify the mention of 1.5°C in the Agreement. The fact is, Paris Agreement is devoid of elements that can place the world on a 1.5 °C trajectory.

Climate scientists know, and have been saying that, to meet the 1.5°C target, the world must completely de-carbonise well before 2050. This means that we have to stop using all fossil fuels by 2035 and achieve net zero emissions of other greenhouse gases by 2050. This is not happening.

The Paris Agreement, in fact, ensures that we, more or less, finish the carbon budget for 1.5°C well before 2030. You see, developed countries have refused to reduce more emissions, before 2020, than what they had promised in Cancun in 2010. What they promised in Cancun was a pittance. Now, under the Paris Agreement, the world has agreed to undertake the first serious global stocktake, on what collectively the world has done and what it should do in future, in 2023. This means that by the time countries will make some extra commitments, post stocktake, we would have reached the year 2025. Effectively, we are not likely to see any change in the emissions trajectory before 2025. In 2025, the 1.5°C will be in the rear view mirror; we will be staring at a fast-approaching 2°C.

Let’s now turn to what India has achieved. When Prime Minister Narendra Modi spoke on the opening day of the Paris conference, he spoke a) about the need of developed country to vacate carbon space and b) the need to keep alive the idea of “differentiation” of developed and developing countries. He also spoke about climate justice and a sustainable lifestyle. As he put it, “the lifestyles of a few must not crowd out opportunities for the many still on the first steps of the development ladder”.  Let’s judge India’s achievements in the light of his words.

It is quite clear that India has got all the “words” it wanted in the Paris decision. The Agreement is under the 1992 UN Climate Convention. India has also got language, related to the principles of equity and common but differentiated responsibilities and respective capabilities (CBDRRC), in the light of different national circumstances, mentioned at various points in the text. These, according to Indian negotiators, keep alive “differentiation” between developed and developing countries.

It has mentions terms like “climate justice”, “sustainable lifestyle” and “consumption”. But such mentions are not in the operational parts of the Agreement and so there are no commitments related to these concepts.

So what are the implications of these words?

This utterly dilutes the notion of differentiation. A country such as the US can now commit lower emissions cut on account of recession or its senate not agreeing to it, and justify these as “national circumstances”. On the other hand, “respective capabilities” implies that a country such as India might well be pushed to take on more emission cut and also put in money to support other developing countries. India is, after all, collectively, the third largest emitter of greenhouse gases and its GDP (in terms of purchase power parity) is also the third largest. Even though our per capita emissions are low, or the fact that a large number of Indians are desperately poor, the world is going to look at India as a whole and demand proportionate action.

Secondly, nowhere does the Agreement say that actions by countries will be based on a fair share of the remaining carbon space. In other words, India was not able to get the developed countries to vacate carbon space. This was always a tough task, made tougher because in Paris, India didn’t get, or couldn’t cobble together, the support of other countries on this issue.

The absence of the term carbon space in the Paris Agreement really worries me.  This will hurt India in the long run because the carbon space is fast disappearing. By 2030, if countries do not increase their ambition to reduce emissions, 60-75 per cent of the 2.0°C carbon budget will be exhausted, and nothing will be left of the 1.5 °C carbon budget. In 2030, the Human Development Index (HDI) of India will be less than 0.7. India will need carbon space post 2030 to meet basic development needs like food, shelter, infrastructure and energy. But this will not be available.

I believe that the Paris Agreement ensures that India is going to be under constant pressure to do more from now onwards. Also, India’s development space has shrunk.

Climate justice means climate change should not lead to further inequality in the world; that the genuine aspirations of the poor are met and they are also shielded from the worst impacts of climate change.

Unfortunately, the Paris Agreement is robbing the carbon space of the poor so that the rich can continue with their lifestyle. But I think the poor will fight back. Fortunately, the Paris Agreement is the beginning of the negotiations and not the end. Many important components of the Agreement –review and ratcheting of INDCs, how finance will delivered and reported, among others, are still to be negotiated.

So: “historic”, “ambitious”, “durable”, are just short-term laudatory adjectives. Just wait for the next five years and we will truly know.