While questions have been raised about the inherent imprecision of the concept of carbon budget, its most important function is to convey the desperate need for energy transitions around the globe

According to the Intergovernmental Panel on Climate Change (IPCC)’s Special Report on 1.5 degrees Celsius, by the end of 2017, anthropogenic carbon dioxide emissions since the pre-industrial period totaled approximately 2,200 (±320) gigatonnes (GT).

For a 66 per cent chance of keeping warming under 1.5°C, the IPCC considers that the globe can afford to emit between 420 to 570 GT between 2018 and the end of the century.

In 2018, global emissions totaled just above 37 GT of carbon dioxide. If that number holds steady each year, going forward, we will have exhausted our budget for the century within the next 10-15 years. As things stand, the number is not likely to hold steady — emissions increased by 2.7 per cent between 2017 and 2018, on top of a 1.6 per cent increase between 2016 and 2017.

If that trend continues, the budget will be exhausted well before 2030. Hence, the IPCC indicates that annual global carbon dioxide emissions must peak latest by 2020, and then must drop sharply, hitting net-zero by 2050. 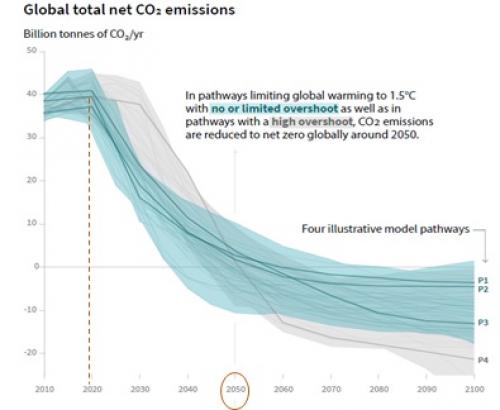 We must then proceed on a negative emissions trajectory for the rest of the century — taking out more carbon each year from the atmosphere than we put in — to stay on the right side of 1.5°C.

Modelling the relationship between carbon emissions, carbon dioxide concentration in the atmosphere, global average temperatures, local or regional weather phenomena, and human activities is an endeavour unlike any in history. There is, naturally, deep uncertainty associated with these projections. Why then should they form the basis for action?

Take, for example, the concern that the carbon budget was significantly expanded — from 120 GT in the IPCC’s Fifth Assessment Report of 2014 (AR5), to at least 420 GT in its Special Report on 1.5°C published in 2018. The revision is a result of multiple methodological uncertainties in how to correlate carbon dioxide emissions to temperature increase.

Key among these are the questions of:

The IPCC revised the budget upward, in part, based on using observed rather than modeled data, and using data from both sea and land. This has led to speculation that further upward revisions might be in the offing, and that the urgency of mitigation may be overstated.

This overlooks the economic conception of risk, and the legal-ethical imperative to take precautionary measures based on the best available science.

Article 4.1 of the 2015 Paris Agreement requires Parties to undertake rapid reductions of emissions in accordance with the ‘best available science’.

In 2014, that was AR5, which was based on findings from a globally coordinated modelling effort which used close to 40 different climate models from scientific groups around the world to examine both past and future climate changes.

The challenge to those findings (regarding how to interpret historical data) came from a paper authored in 2017. By 2018, the IPCC had suitably modified its approach to address the issues raised between these two critical reports. On that front, it remains the best science available to policy makers.

This does not remove the fact of uncertainty. Not only does the IPCC explicitly state that “uncertainties in the size of these estimated remaining carbon budgets are substantial and depend on several factors”, the range of recent estimates of the carbon budget goes from negative 180 GT to above 800 GT. The uncertainty hence cuts both ways, which necessitates considering at the human cost of inaction.

Crossing the 1.5°C threshold and heading toward 2°C of warming would be devastating for the planet — twice as much species loss among plants and vertebrates, thrice as much loss of insect species, a nearly 40 per cent difference in permafrost thaw, nearly complete extinction of coral reefs, and a near-tripling of the global population exposed to extreme heat every five years.

Significantly exceeding the 1.5°C threshold hence entails catastrophic risk for millions of lives which are already on the brink. That triggers the application of a precautionary approach, as provided for in Article 3.3 of the United Nations Framework Convention on Climate Change (UNFCCC) — “where there are threats of serious or irreversible damage, lack of full scientific certainty should not be used as a reason for postponing such measures”.

If there is even a possibility of keeping ourselves on the right side of 1.5°C, we are bound to act rapidly on mitigation. If we accept that we have crossed the budget for 1.5°C, we also accept the imperative to reach negative emissions as soon as possible, along with the legal obligations to finance adaptation and loss and damage for the most vulnerable. No estimate of the carbon budget allows for inaction.

Action can take many forms, and some types of action are more politically saleable than others. Negative emissions are one such avenue, achievable through:

However, the undeniable potential of these avenues is ripe for abuse.

The enhancement of natural sinks is an area worthy of action, as long as the limits of land and forest sequestration potential are recognised. Carbon capture technology will attract investments in research and development, but is not expected to yield more than one GT of negative emissions potential by 2030.

It is currently both prohibitively expensive and land-intensive, under-cutting the UNFCCC’s mandate that “policies and measures to deal with climate change should be cost-effective so as to ensure global benefits at the lowest possible cost”.

Neither of these policy approaches can substitute for immediate action on mitigation, especially in the energy sector. The urgency of such action is underlined by the estimates of the carbon budget for individuals in developed versus developing countries. In 2017, the average Indian had emissions of 1.9 tonnes of carbon dioxide against the United States (US) per capita figure of 16.9 tonnes.

Even putting all per capita emissions on a 1.5°C compliant trajectory leaves an American born today with a lifetime carbon consumption more than 15 times larger than that of an Indian. Countries like the US have hence far exceeded any equitable share of the future carbon budget. For them, even an uncertain budget conveys a clear message — to drastically reduce their share of global emissions. 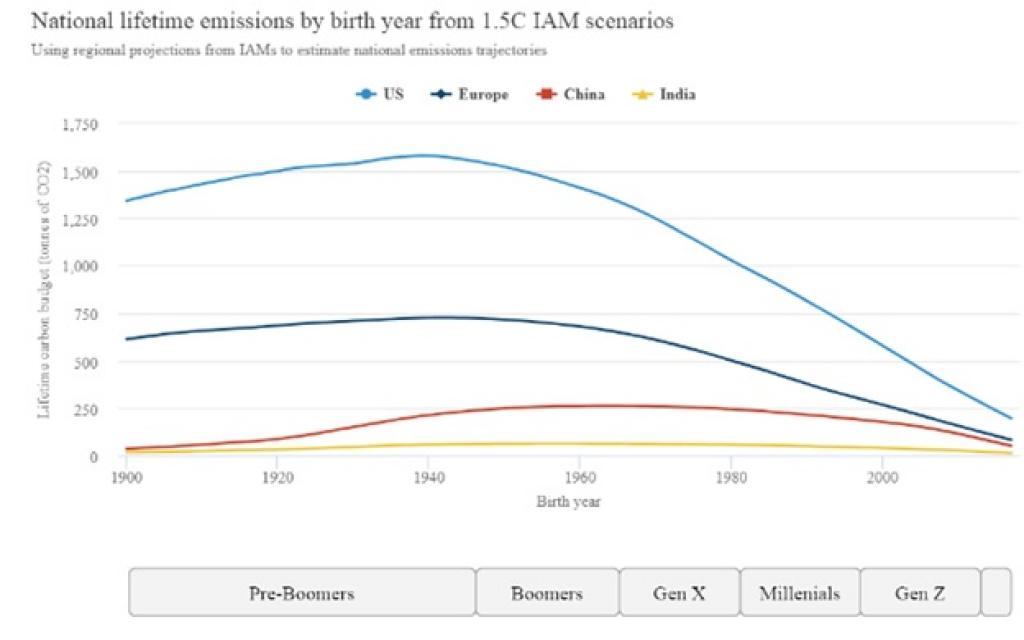 There have been questions raised about the utility of the carbon budget concept, considering its inherent imprecision. However, carbon budgets are like any other part of climate policy — useless only without context.

The budget will continue to be tweaked down to the last gigatonne. That will not change its most important function — conveying the desperate need for energy transitions around the globe, at unprecedented pace and scale.