There’s hope, if we wake up to today’s evolutionary potential 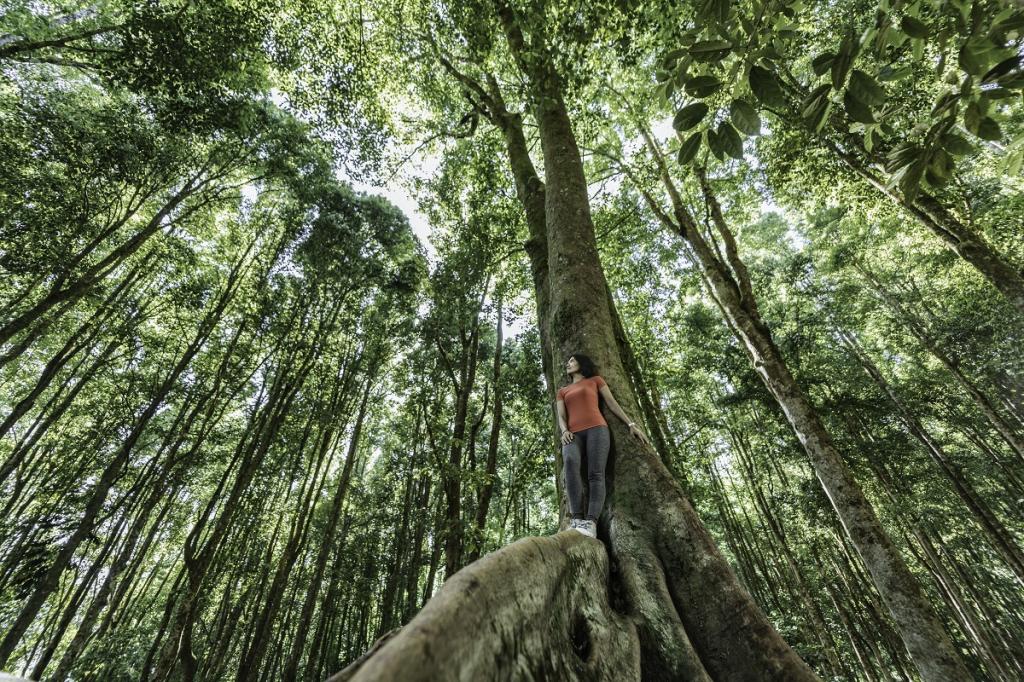 The world is in the grip of two massive opposing forces. While many different forces will shape our future, these two in particular loom large. One is the overwhelming and relentless shift towards the sustainable world envisaged by the Sustainable Development Goals. In particular, the goal to eradicate poverty without blowing the fuses of the planet.

The other is the force that thrives on inequality, boasts about toxic masculinity, mocks democratic freedoms, and champions big and shiny mega-projects. It rejects the significance of climate change and imminent threats to life.

Our futures depend on how this titanic battle plays itself out. Remarkably, though, what will make all the difference in our hyper-connected world are the choices that individuals and communities make now.

Marked by the adoption of the Sustainable Development Goals adopted by the UN in 2015 and the Paris Agreement on the Climate in the same year, the shift towards sustainability brings together a range of disparate but energetic forces. These include the youth protest against climate extinction and the scientific consensus about the global threats to life as we know it.

It also brings together the movement against the rising tide of gender-based violence and the increasingly strident rejection of a world so unequal that 1 per cent of the world’s population can amass more wealth than the poorest 6.9 billion put together.

The shift towards sustainability gains expression in images of mass protests, massive UN summits, solemn scientific panels and the faces of the new child heroes from all continents. The force that thrives on inequality and rejects the significance of climate change is expressed in the noxious images of arrogant male leaders like Donald Trump (US), Jair Bolsonaro (President of Brazil), Rodrigo Duerte (President of Philippines), Boris Johnson (PM of UK), Recep Tayyip Erdogan (President of Turkey), Viktor Orban (PM of Hungary) and Jacob Zuma (former President of South Africa).

I discuss these opposing forces in my book, Age of Sustainability: Just Transitions in a Complex World. And how they are unfolding at a global level.

I offer a theory of change that goes beyond relying on the belief that at some point there will be a rupture resulting in the seizure of state power by a revolutionary elite that ushers in a new society. Nor do I accept the musings of the doom and gloom brigade who assume that a cataclysmic environmental collapse is pretty much inevitable.

Instead I argue that everyone needs to be fired up with a sense of deep rage: but a rage aligned with the feminine principle of care rather than the masculine principle of control. In my view this is what’s needed to animate the struggle against the forces bent on subverting the transition to a more sustainable world.

The global commons as a force for good

The Brazilian Harvard-based social theorist Roberto Unger writes about what he calls “structure fetishism” — an obsession with the power of social structures. I argue that this fetishism tends to block us off from the significance of the immense transformative, creative and effervescent impulses that bubble up from below. These impulses arise as people and communities respond to the crisis by figuring out solutions for themselves.

But this doesn’t obliterate a role for the state. Indeed, I devote a whole chapter to rethinking the developmental state in light of the need to connect a commitment to development — to eradicate poverty and reduce inequalities — with a commitment to a just transition to a more sustainable world.

A just transition means fundamental changes in the way economies are structured and governed — an outcome that conventional economists cannot conceive.

To understand radical incrementalism as a force for global change, we must pay much closer attention to the rise of the commons that’s been made possible by new information and communication technologies.

The commons is the increasingly significant peer-to-peer exchange economy. It’s sometimes referred to the as the ‘platform economy’. The for-profit extractive versions of this mode of ‘platform capitalsim’ include the likes of Uber, AirBnB and Facebook.

The primary threat to this is the corporate-led enclosure movement of the information commons. Tech giants like Google, Facebook and a vast array of others mine and extract big data flows in ways that subvert the creative spirit of open source collaboration.

Peer-to-peer cooperation — often just known as “wiki systems” — depend on voluntary workers. They collectively build a knowledge commons that becomes an open source resource that everyone can access to build their own for-gain enterprises.

The expanding commons is not an alternative to the market and state. Rather it’s a new mode of peer-to-peer production that will require a regulatory environment to flourish, and market dynamics to spread.

Rediscovering what it means to be human

Change in our complex world will require that we recognise the end of the classic conception of what it means to be human. Represented most clearly by da Vinci’s Vitruvian Man, this classic conception portrayed the white, perfectly proportioned male who is alone, disconnected from people (especially those with darker skins) and nature as the ideal way to be human. All else was ‘othered’.

What we have now is the relational self. Or what sub-Saharan African writers refer to this as Ukama — the relatedness to all people, all things (animate and inanimate) and the ancestors. The Ukamian relational self is the appropriate way of being human in the sustainability age.

The chapters in the book explore this relational way of being across many different contexts with special reference to what sustainability means in the global South.

But what about the counter force?

I explore the rise of extractive authoritarianism around the world, and the way toxic masculinity is being harnessed as a powerful narrative to simulate certainty in a world conditioned to fear uncertainty.

State capture in South Africa is used as a case study. Bringing together for the first time the burgeoning literature on toxic masculinity and the political economy literature on state capture, I argue that what emerged during the years under former President Jacob Zuma is best described as “electro-masculinity”. By this I mean a deadly cocktail of climate denialism, the celebration of big and shiny mega-projects, systemic looting and a toxic masculinity.

To activate wave upon wave of radical incrementalist transformative action, it will be necessary to wake people from their slumber and provoke the numbed into awareness. Science on its own cannot do this. Rage helps. Nor will doom and gloom do the trick — that just leads to paralysis.