Time up for reinvention? 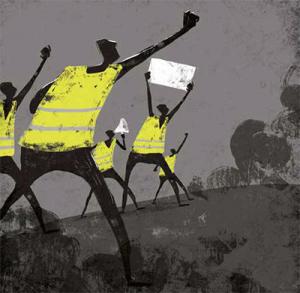 The year 2016 was the year of reflection—from the election of Donald Trump and Brexit to the revenge of the rich in the already developed world. 2017 belonged to weird weather—the revenge of climate change and to the fact that we are close to breaching the planetary boundaries because of economic growth, which has provided much for some but led to huge environmental fallouts.

The yellow vests in Paris out on the streets with violence rarely seen in the West are seemingly pitted against the French government’s efforts to combat climate change by raising fuel prices. Their message to President Emmanuel Macron is that you may be worried about the end of the world, but we are worried about the end of this week. The fuel price hike has become a potent symbol of their anger against increasing costs, taxes and unemployment. In their world, their President’s plans to reduce emissions seem distant and out of touch with their reality.

This is disturbing for a world that is running out of time to reduce greenhouse gas (GHG) emissions or face catastrophic consequences. The Intergovernmental Panel on Climate Change (IPCC) special report, Global Warming of 1.5°C, tells us in no uncertain words that the beginning of the end is here, unless we drastically reinvent our energy system. More importantly, because large number of people in the world do not even have access to energy, it means that the rich have to do more to reduce consumption, create ecological space for the poor to increase, and provide funds so that the poor can grow, but grow without fossil fuels. This is the challenge.

But the French government has forced its own people against the enormous challenge of climate change—the need for ambition and the need for equity. This is disastrous as it provides fuel to Trump’s own tirade against the climate deal, which he calls fundamentally flawed because it gives money to “third world countries that are questionably run”.

The problem is that as much as the world needs equity in the global agreement, it also needs to address the issue of equity in each country. The French protest is not against the poor Indian or Bangladeshi. It is against their own government’s inability to build an economic model that meets the needs (if not the aspirations) of all.

Take the issue of the hated and now deferred fuel tax. The fact is that France needs to do much more to reduce the use of petrol and diesel in transport. There is huge talk about how Paris has changed its mobility patterns, by getting more people to walk, use a cycle or even a bus. But the fact is that these changes are not showing up on the ground. Data reveals that well over 80 per cent of people commute in cars in France; railways and buses still have a miniscule share in passenger travel. In this country, where electricity comes largely from nuclear power—cleaner in terms of GHG emissions—it is the transport sector that needs urgent reform.

But instead of improving the infrastructure for mass transit, the current French government is bent on reforming its railway network, which is publicly owned and in heavy losses. As a result, it is working to reduce the workforce and has cut unprofitable trains, hitting people twice. It is no wonder then that they are out in force against the “President of the Rich” as they call Macron.

This is not the way to fix climate change. In fact, it is clearly going to backfire and make governments wary of doing anything drastic or inconvenient. This when we need even more drastic action. But what is also clear is that action—national and global—must be inclusive. It must be fair. It cannot hit the poorest—the ones without energy to even cook food. It cannot even hit the poor in the rich world—the ones without affordable alternatives to cars, for instance. Climate change action will not work unless it works for all.

This is also what is clear in our world. The other world. Here, on the face of it, the immediate crisis is not climate change but the need for economic growth in the face of backbreaking poverty and growing toxification and pollution of our land, rivers and air. The local environmental challenge should force us to rethink economic growth. Similarly, the local livelihood challenge—farmers in distress and the need for employment—should force us to rethink the current methods of running economies that are not even working for the affluent.

But we don’t do this. Why? Because it is widely accepted that we are on a race to catch up. It is all a matter of time before our cities will get clean and our people will get rich. It is a staircase to consumer-growth heaven and we are well on our way upwards. On the way ahead, we will try and do things a little differently—some more investment in renewables for instance—but on the whole, it is only about doing more of the same. The investment is to improve the “formal” economy—the established business that works on the already established rules of the game.

And we just don’t get it. The fact is that this growth pattern—working the formal economy in a globalised world—is not working for the rich or the environment of the rich. How then will it work for a country like India where there are vast numbers to be employed and little resources to fix the environmental fallout of this growth?

This year has been marked by the call of protectionism by the most powerful country. The country which had called for globalisation and pushed the world to make the rules for an integrated free economy. Today, the US wants to reject free trade rules because it says it is not gaining—countries like China or Canada are benefiting from its trade. Its people do not have employment. They need jobs; jobs they gave up willingly or tacitly in the boom of globalisation.

It is this same globalisation which has also not worked for the environment. The market looks for cheaper destinations to make goods or services. This is how we the consumers benefit and business prospers. But keeping the cost low has a cost—the cost of environmental protection or the cost of labour and its welfare. This is what we agree to discount in the age of globalisation. 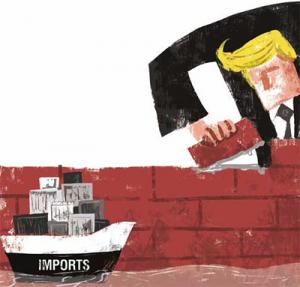 It is also certain now that countries in the West—those that needed to reduce GHG emissions—have only managed to show reduction because they have exported their manufacturing industries to other parts of the world, mostly China. So, there is no reduction in consumption or reduction in emission, there is a change where the emission is generated.

The question for a country like India then is where and what is our way ahead? Can we take the beaten path or will we have to reinvent? As yet, there is little appetite for this reinvention, but I believe, it has to be the agenda for years to come.

Take the agrarian crisis, which is on our head today. In the state elections, for which results came in December 2018, the issue of farmers reached a pitch. It is clear that whatever governments—past and current—have done is not working. Indian farmers are caught in a pincer. On the one hand, the food they grow is costing more to produce because of higher expenses of inputs, including resource depletion like water or soil and also because of greater risks because of variable and extreme weather. On the other hand, governments want cheaper food to keep down inflation and also because they need to procure vast quantities to supply under the public distribution system. They need costs in control. There is little investment in the infrastructure to provide marketing support or benefits to producers.

There is also the strong belief—coming from the well-established economic lexicon—that farming is now under or un-productive and that it needs to be pushed back. There are too many Indians involved with this “business”, it is said. It cannot be made to work.

But this is where there are no answers. If farming will not be the business that will provide employment, then what will? The formal economy that we want to adopt so desperately is good for everything, but employment. We know that. What we must also recognise is the urban face of this farm crisis. Today if land, water or forests have a declining livelihood future, then people have no alternative but to migrate. This migration will bring them to cities, where the crisis of services and pollution will grow. The fact is that today’s urban growth is not in the “legal” areas—where housing and commercial establishments are in the light of governance. What is clear is that cities are imploding in the illegal areas, where business and housing is all without official sanction—or at least on the books. The irony is that as much as the government works to formalise the Indian economy, conditions force people into the illegal and informal business.

The same happens with the protection of the environment. In our case, we cannot export our environmental cost to another country. But we do export it out of the formal business, working in the formal industrial areas to the unauthorised and out of bounds residential areas. Now business pollutes but it is out of the ambit of the regulators. It gets dark. The cost of regulation is what makes governance expensive. Unaffordable for a country like India. So, pollution grows. Bad health grows.

Let’s hope that in 2019, protest will lead to the year of the realisation that change must come in the way we do business. It must ensure that growth is equitable and so sustainable.

(This article was first published in State of India's Environment 2019, an annual Down To Earth publication)