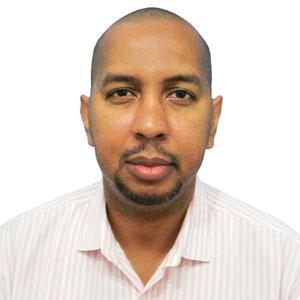 At the UN Conference on the Human Environment in 1972, the world community laid down the common principles that linked our environment and sustainable livelihoods. These principles were reaffirmed 20 years later in the first Earth Summit at Rio de Janeiro. Agenda 21 became a blueprint for environmental and sustainable development in the 21st century. Since then, a lot has happened on the global platforms to save the planet—from the inception of the UN Framework Convention on Climate Change in 1992, the formulation of the Kyoto Protocol in 1997, the Paris Agreement of 2015, the Sendai Framework for Disaster Risk Reduction of 2015, the landmark Agenda 2030 for Sustainable Development, to the Sustainable Development Goal (SDG) 14 of 2017 about conserving the oceans. All these goals remind us that without eradication of poverty or addressing injustices, and striving to advance human and socio-economic progress, there can never be that “Future We Want”.

Today, climate change and marine pollution are the most pressing “cocktail” of environmental problems ever to face humanity. In fact, the impacts of climate change are threatening to reverse decades of technological success that the world fought so hard to achieve. These existential challenges have already forced us to invest more in securing our future while simultaneously striving for sustainable livelihoods. This is not easy.

The climate and ocean degradation trends in Africa augment its story of despair. The UN Economic Commission for Africa’s Blue Economy Policy Handbook notes the continent is highly vulnerable to the impacts of climate change. Increasing floods and droughts, erratic and extreme weather, sea level rise, coastal erosion, saltwater intrusion, warming sea waters, ocean acidification, coral bleaching and an upsurge of invasive species are some of the almost insurmountable challenges facing our countries and have affected livelihoods dependent on ocean and freshwater resources. These impacts are expected to worsen. The current course to a 4°C increase in global temperature by 2100 leaves Africa, whose existing coping mechanism is modeled for only 1.5–2°C threshold, staring at a catastrophe. 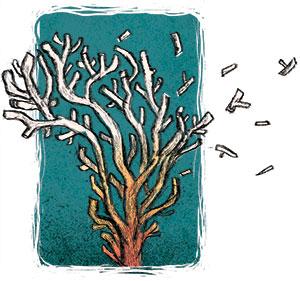 The 2050 Africa’s Integrated Maritime Strategy of the African Union says it all: for a continent that has undergone severe climate change and natural disasters, a road to recovery requires a dedicated global agenda and the political will of our governments. Looking closer, this is a never-ending story of failing economic systems affected by drought-induced migration; catastrophic cyclones threatening islands and coastal areas of the Western Indian Ocean region; destruction of coral reefs and mangroves due to unplanned coastal and marine development; destruction of critical coastal habitats on which livelihoods depend; lack of strong national ocean policies; limited scientific capacity to inform policy decisions; and illegal, unreported and unregulated (IUU) fishing.

Indeed, our coral reefs are dying. And, it is the small island states, and communities of the Indian Ocean that continue to bear the brunt. Ocean acidification, marine pollution and coastal tourism have added to reef stress levels. Competition, and sometimes conflicts, between poor artisanal fisherfolk and the tourism industry have triggered concerns for the resilience of the coral reefs, which should be seen as the currency that could define our countries’ goals in sustainable development. Without healthy oceans and reefs, there will be no alternative for the islands of the Western Indiar Ocean. Hence, conservation of environment and our limited marine resources should be at the centre of our development plans.

The Regional State of Coast Report analyses the conditions of the ecosystems, resources and human activities, and their stated evolution in this part of eastern and southern coasts of Africa and the Indian Ocean island states. The area consists of 10 coastal and island states that are the contracting parties to the UN Regional Seas Programme called the Nairobi Convention. Besides fisheries and tourism, recent oil and gas exploitation trends in some of these countries can boost GDP, but also expose the marine ecosystems to new human-induced threats in the region that already faces rising sea surface temperatures, surface air temperatures and increasing wind speeds that precipitate record-breaking cyclones.

For Tanzania, the challenges include rapidly growing population along coastal zones; land-based sources of pollution, microplastics, marine dumping, IUU fishing, lack of alternative livelihoods, destruction of mangroves and coral reefs. Besides creating awareness, we need to adopt an integrated development plan for a national ocean governance policy; marine spatial planning alongside integrated coastal and marine management; and, strengthening enforcement of existing laws. Establishing a mechanism to monitor and evaluate the targets under SDG 14 should be a part of our ocean governance framework, and include regional collaboration on combating marine pollution; sustainable management of shared fish resources; transition to a low carbon pathway; and, integrated ocean governance. At the same time, enhancing engagement with communities, private sector and other partners is vital.

So, what should be the course of action for Africa and the region? We need to start acting on microplastics and develop a marine waste management plan that integrates the upstream habitats and ecosystems. We must invest more to combat invasive species and marine pollution, and go back to the 2011-2020 Strategic Plan of the Convention on Biological Diversity, called Aichi Target 11 on coral reefs. We also have to work towards protecting the high seas and Areas Beyond National Jurisdiction as part of our efforts to collectively protect our oceans and understand their dynamics.

One ocean approach is the only way to fight climate change. These two opposite pillars are inseparable. Fisheries and marine protected areas must be treated as one component of resilience. The proposed “Blue Commonwealth Charter” for marine sustainable development to foster ocean regeneration should be adopted in the regional and even global context of ocean-climate nexus. Citing from The Mont Fleur Team’s Scenarios exercises—an experiment first conducted in1991 that brought together society representatives to envision an end to apartheid—if we achieve this together, then we attain the flight of the flamingos. If we continue to go our separate ways, then we fall from the sky like Icarus.