Even though the US federal government under President Donald Trump is anti-climate change action, the states are doing their bit to address climate change. But is that enough? 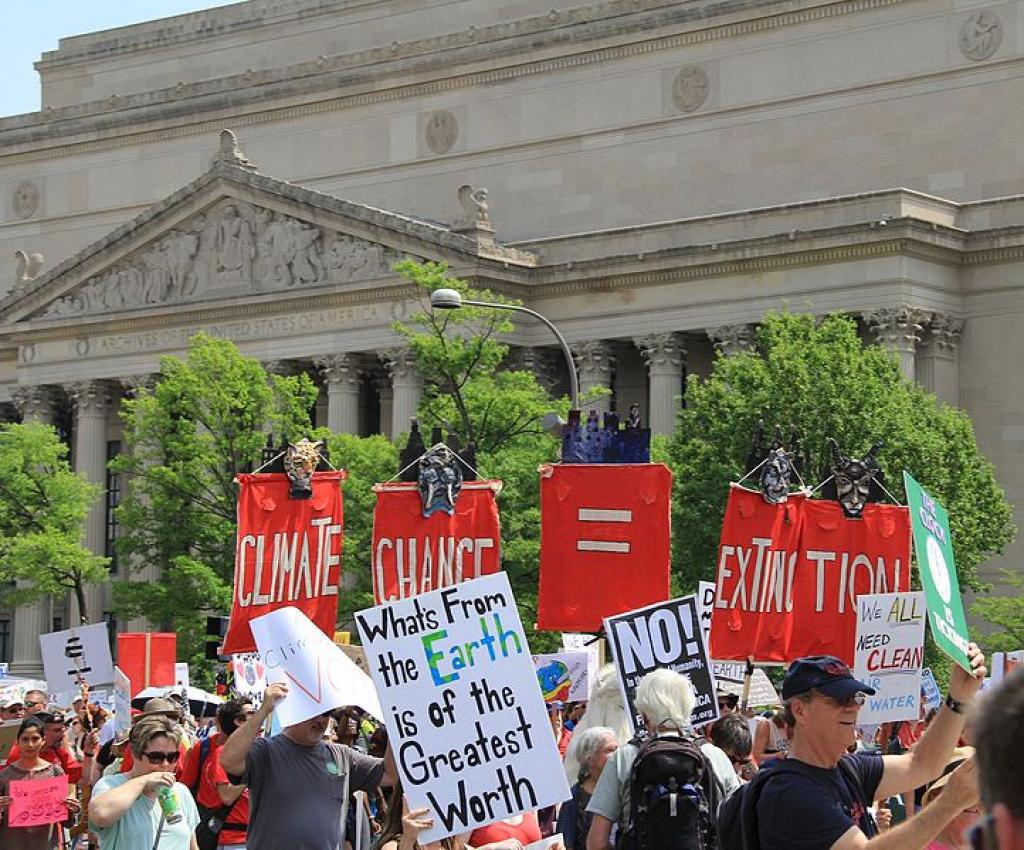 The month of June will remain an important phase in the history of global climate politics. While the US—the world’s largest polluter in historical and current values—yet again pulled out of climate agreement (first Kyoto Protocol and now Paris Agreement) there have been quick developments in the domestic scenario triggered as a response to the US pull-out of the climate deal.

President Trump called the Paris Agreement “unfair” to American interests, while announcing the pull-out. However, sub-national actors are carrying forward the baton of climate change action. States and cities arenow the ‘agents of change’, creating right circumstances in terms of policies and measures to address climate change; and rightly so. Climate change is a global challenge but its impacts are felt on the ground by cities, municipalities and villages. Therefore, they assume central importance in bringing about change.

The US federal structure bestows states with considerable autonomy to carry out independent decisions on various matters. In the context of climate change and energy, states can implement their trading schemes, set carbon pricing; make policies for renewable energy deployment, and set fuel-efficiency standards and building codes that can even exceed the federal standards. Cities comprise 91 per cent of the country’s Gross Domestic Product (GDP). However, states are not sovereign units and work in collaboration with other states and at the federal level.

Earlier in the month, California, New York and Washington announced the formation of US Climate Alliance to commit to US targets of 26-28 per cent emission reduction by 2025 and meet or exceed the targets set forth in the Clean Power Plan (CPP), introduced by the Obama administration to cut emissions from power sector by an estimated 32 per cent below 2005 levels by 2030. The CPP is being repealed under the Trump administration.

Besides the above-mentioned states, Hawaii, Massachusetts, Minnesota and Virginia also supported the Alliance. Among the states, Hawaii became the first US state to legally support the Paris Agreement by enacting legal legislation despite the Federal government’s withdrawal from the treaty. The ‘we are still in’ campaign, comprising “1,219 governors, mayors, businesses, colleges and universities from across the US”, is joining forces for the first time to support the goals set out in the Paris Agreement. It is by far the largest and broadest assemblage of the US stakeholders in support of climate action. Additionally, in the 85th annual meeting of Conference of Mayors, representing more than 250 cities, support to the goals and spirit of Paris Agreement was underlined. They also committed to Paris Climate Accord, the CPP, the Clean Energy Incentive Program and other efforts that will provide cities the tools they need to combat climate change. More importantly, they vowed to approve resolution supporting a 100 per cent renewable energy goal by 2035.

In his statement announcing the US exit from the climate deal, Trump said that the US would stop implementing measures to meet its commitments under the agreement and end funding poor countries to cope with climate change. Despite that, the states and cities have recognised and rose to the challenges of climate change. The United States Climate Alliance, which was formed on June 1, 2017 to uphold the objectives of the 2015 Paris Agreement, has 13 states (out of 50) as its members and 10 others supporting it.

The official members presently comprise about 36 per cent of the population and 30.6 per cent of the US GDP. Other states also need to come forward and join the initiative. The Mayors’ initiative commitment of 100 per cent renewable energy is also scheduled for later year— by 2035 and not 2025.

At this stage, therefore, the actions taken at the sub-national level, though commendable, fall short of US targets to be fulfilled by 2025. An earlier analysis showed that at the current rate, over 60 per cent of emission reductions needed to meet the US climate targets can be met through local actions by replacing power plants with clean energy, securing large investments in energy efficiency and limiting use of natural gas.

Even with action coming from the states, the importance of sound and efficient federal policy, which can also act as strong regulatory structure, cannot be understated. However, going by the Trump’s climate agenda, this does not look like a possibility. In such circumstances, partnership and collaboration among the states becomes most crucial. States and cities have the responsibility to work towards meeting the goals of the Paris Agreement as the US had set in its climate action plan and gradually scale up the work. In the Climate Alliance, states such as Michigan and New Hampshire, that have so far refused to join, must come forward, and so do other states.

Secondly, the international community must come forward, support and mobilise the sub-national actors in their climate actions in US, instead of just slamming the Trump government for its actions. The recently concluded Africa Carbon Forum is one instant where the focus was on collaboration among African states to implement the climate action plans under Paris Agreement. However, few initiatives deserve attention. The EU calling on cities to join global covenant of mayors, banking on the initiative in the US, is a welcome step. It has also shown commitment to work closely and more actively with non-state actors. But other countries and negotiating groups, too, need to do their bit in mobilising the non-state actors for meeting and raising their climate targets and financial commitments. The G-20 meeting must also flag its support to state-level US climate actions. Under the present US administration, this is the best that can be done in fostering US efforts to address climate change.