The oceans moderate the world’s climate through the absorption of heat and carbon. And just how much carbon the ocean will continue to absorb for us remains an open question 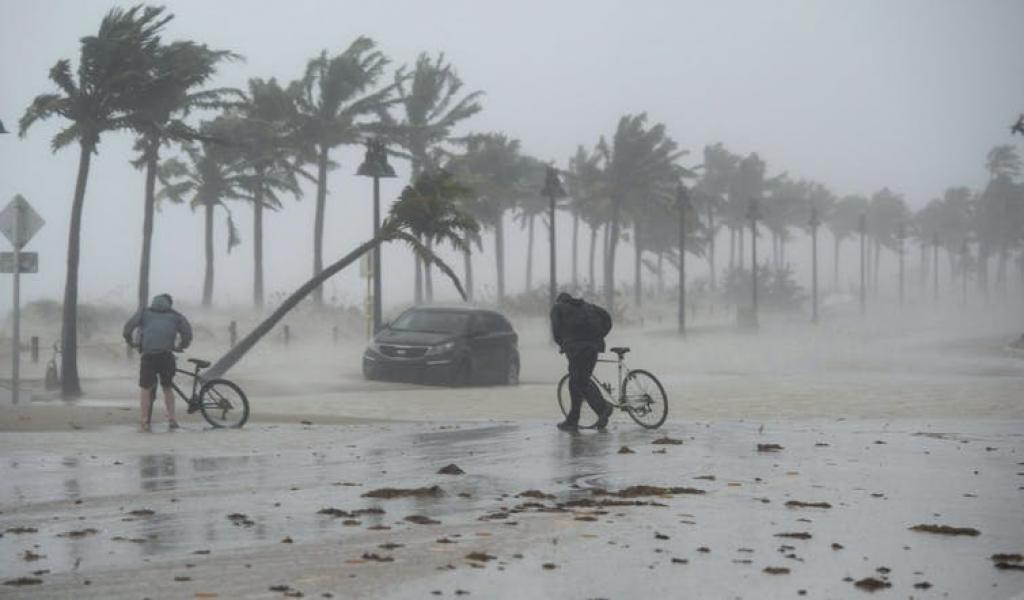 Most of us growing up along Canada’s East Coast never worried about hurricane season. Except for those working at sea, we viewed hurricanes as extreme events in remote tropical regions, seen only through blurred footage of flailing palm trees on the six o’clock news.

Today, a warming ocean spins hurricanes faster, makes them wetter and drives them towards Atlantic Canada and even further inland. Hurricanes, winter storms and rising sea levels will continue to worsen unless we slow climate change.

The lifeblood of coastal economies and societies has always been the connection between land and sea, and that’s become more evident with climate change. But this isn’t just a coastal story anymore.

The oceans moderate the world’s climate through the absorption of heat and carbon. And just how much carbon the ocean will continue to absorb for us remains an open question. Whatever we do, it must be grounded in our growing wisdom of the deep connections between life on land and in the sea.

As Canada commits to a net-zero future and plans its post-COVID economic recovery, innovations and investments could backfire if they reduce the ocean’s ability to absorb our excesses.

Links between land and sea

The ocean has always directly affected the climate on land. The well-being of communities across the globe is directly linked to the ocean’s capacity to continue its regulating role of heat and carbon cycles.

Drought in the Prairies is tied to water temperatures in the Atlantic and Pacific oceans. When temperatures are most extreme, they signal the possible arrival of a “megadrought.”

In Australia, the occurrence of below-average rainfall, lasting several years, can be predicted by high Indian Ocean temperatures. This dries soils and lowers river flows, resulting in major community impacts such as water restrictions, declines in agricultural production and increased frequency of bushfires.

The success of Canada’s climate policies will therefore hinge on understanding how ocean processes are changing and society responds. The opportunity is at hand: Canada has committed to net-zero carbon in 2050, and to economic recovery once the COVID-19 pandemic has passed.

These two commitments are fundamentally linked: economic recovery and carbon neutrality both depend on the ocean’s ability to continue to regulate climate through heat and carbon absorption.

But the development of national policies on climate change, both in Canada and internationally, has generally ignored the ocean in climate calculations. Scientists lobbied intensely before the Paris Climate Agreement just to make sure the ocean was mentioned.

Changes to the ‘carbon sink’

We dare not further neglect the most important global storage depot on Earth: the ocean stores hundreds of times the heat and 50 times more carbon than the atmosphere, and takes up more carbon than all the rainforests combined.

Ocean carbon and heat absorption also provide a critical natural timescale against which we can measure our effectiveness in battling climate change. Fluctuations in the ocean “carbon sink” — the amount of carbon the ocean can remove from the atmosphere — will change the urgency with which we need to act.

For example, a waning carbon sink shrinks our window to curb land-based carbon emissions. But a growing sink might give us more time to enact difficult but necessary carbon policies that will have disruptive economic consequences.

There is no time for delay, and rewards come quickly; strong scientific evidence demonstrates that ocean processes controlling this absorption can either weaken or strengthen measurably in just a few decades.

Heat is absorbed physically from the atmosphere and mixed through the ocean on the scales of millennia. But carbon is absorbed through a complex network of chemical and biological processes, including coastal ecosystems such as kelp, mangroves and seagrasses that sustain local economies.

Plankton (the tiny plants and animals that feed everything from mussels to whales) store carbon, so their behaviour and biology become a critical factor in the climate discussion.

We urgently need better observations of the ocean’s continued role as our heat and carbon sink.

The North Atlantic Ocean is the most intense carbon sink in the world: 30 per cent of the global ocean’s carbon dioxide removal occurs right in Canada’s backyard. If we extend Canada’s net-zero calculation to our exclusive economic zone (waters within 200 nautical miles of our coast), our net carbon emissions could change significantly.

Current estimates suggest including the oceans would reduce net emissions and help us get to net zero faster, but what happens if that changes? We must understand fully the processes controlling the “sink” to make the right climate policy choices.

This recalculation could shift our thinking on how to rejuvenate the Canadian economy. Investment in controversial industries such as deep-sea mining, which can supply materials needed for renewable ocean-based energy technologies like those used in offshore wind, can at the same threaten the very ocean ecosystems and food systems on which we depend.

Formulating effective policies in the face of these uncertainties is a major challenge. Our path forward must build on our growing understanding of the deep connections between societal and ocean well-being.

Read more: A rush is on to mine the deep seabed, with effects on ocean life that aren't well understood

Canadian researchers, including those at the Ocean Frontier Institute where we are based, are poised to address the fundamental questions about the ongoing role of the ocean in absorbing carbon, and to help develop appropriate policies.

These conversations cut across traditional academic boundaries. In the past, ocean research was separated into the natural and applied, the social and human sciences. Now, we all need to work together.

The role of the ocean has been neglected for too long and must be drawn to the centre of the carbon discussion as we plot our trajectory to net-zero carbon in 2050. Canada’s carbon policies can lead the way internationally if they are grounded in strong, and strongly integrated, natural and social sciences. It is time for the research community to step up in their support.