The Central American country does not have any law restricting use of fossil fuels, but it has stepped up its ambition to fully decarbonise the country’s economy by 2021 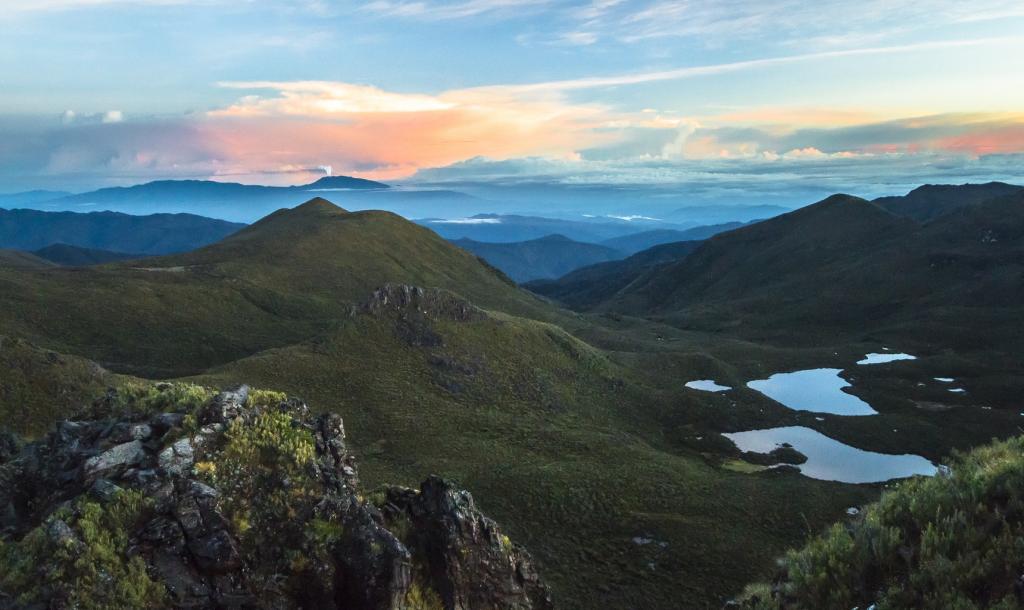 The newly elected President of Costa Rica, one of the world’s youngest heads of state, 38-year-old former journalist Carlos Alvarado, has vowed to fully decarbonise the country’s economy and make it the first carbon-neutral nation in the world by 2021, on the 200th anniversary of its independence.

“Decarbonisation is the great task of our generation and Costa Rica must be one of the first countries in the world to accomplish it, if not the first,” Alvarado said in his inauguration speech of 2018.

“We have the titanic and beautiful task of abolishing the use of fossil fuels in our economy to make way for the use of clean and renewable energies,” he added.

Many commentators interpreted this as a decision to ban fossil fuels. But that’s not quite true.

Costa Rica does not have any legislation in place to restrict the use of fossil fuels, nor does its constituency plans to. However, it has stepped up its ambition to reduce its share in the negative, climate change-related global ecological footprint.

The country’s Minister of Environment and Energy, Carlos Manuel Rodríguez plans to alter its PEM (Primary Energy Mix) by gradually decarbonising it, as well as increasing the forest cover, employing better land management, and by utilising the forthcoming carbon sequestration technologies.

Aiming for carbon neutrality by 2021, the tiny Central American country is signalling that it wants to beat bigger, more developed and wealthier countries to environmental glory. The UK and much of Scandinavian countries have kept 2050 as the year of zero net emissions Germany hopes to achieve 95 per cent reduction by 2020, but is most probably going to miss it.

“Our crisis cannot be environmental… Deep and structural, this must be a crisis of our cognitivity. Thus, the latest climate change (CC) report is only seemingly on climate. It is actually a behavioristic study on (the developmental deadend of) our other ‘CC’ — competition and confrontation, instead of cooperation and consensus,” warns professor Anis H Bajrektarevic.

He concludes that a “cognitive mind can do it all.”

Well, Costa Rica has it within its grasp: Home to less than 5 million people, it has long played above its weight on the climate change policy formulation, norm setting and instrument formulations as well as on implementing policies and taking practical actions.

The country has produced echelons of leaders in all generational cohorts who have promoted vigorous and progressive environmental policies at home and on the international stage.

Curiously, Costa Rica holds no armed force (standing army) since 1948. Moreover, by 1994 the country amended its constitution to add the Right to a healthy environment for its citizens as one of the fundamental human rights.

In 2018, the country used only renewable energy for 300 days. As of December 2018, 98.15 per cent electricity was being produced from water, wind, geothermal energy, biomass and the sun (thermal and photovoltaic).

However, there is still a lot to do. Almost 70 per cent of the country’s (non-electricity) energy consumption still comes for the PEM comprising fossil fuels. Transportation heavily leans on petrol, while gas is still widely used for cooking and smaller vehicles.

In order to meet the targets (domestic and those emanating from the Paris Agreement) on carbon neutrality by 2021, Costa Rica—on the national and sub-national level—is focusing on transportation.

Modern passenger and freight transportation contributes majorly to pollution across the globe. At the same time it is one of the most tedious sectors to decarbonize. In Costa Rica itself, transportation accounts for two-third of the green-house gas emissions.

Using incentives and subsidies for cleaner vehicles, particularly electric transportation, the state and city authorities aim to decarbonize the economy. Skillful recalibration of petrol taxes and road-tolls could be one of the solutions.

Of course, the easiest way to get to carbon neutrality is to introduce carbon quotas by limiting fossil fuel consumption. However, it has to be reconciled with the current technological possibilities of switching to electric solutions.

The lifetime of batteries, recharging mode and speed, dispersion and availability of sockets as well as the weight and price are some of the challenges for years to come, not only for Costa Rica but even for the global technology champions.

Further, as the country’s economy grows, demands for the old-fashioned ICE (inner-combustion engine) cars is rising. In 2017, two new cars were registered on every newborn baby (in contrast to some 120 new electric cars).

For over 60 per cent of the population, diesel-fuelled buses, cars and locomotives make up the daily mode of transportation. The country already ranks second in per capita emissions in Central America, which makes further electrification both a logical choice and urgent necessity.

Elsewhere in the world, governments are also struggling to balance financial means and the tasks; driving habits and curbing emissions, consumer social choice with future imperatives. But in the case of Costa Rica, it seems to be growing braver and further than most.

Therefore, its greening efforts in politics, energy, economy and international sectors are worth monitoring closely and learning from.