World Water Day 2020: How water can be used in the battle against climate change 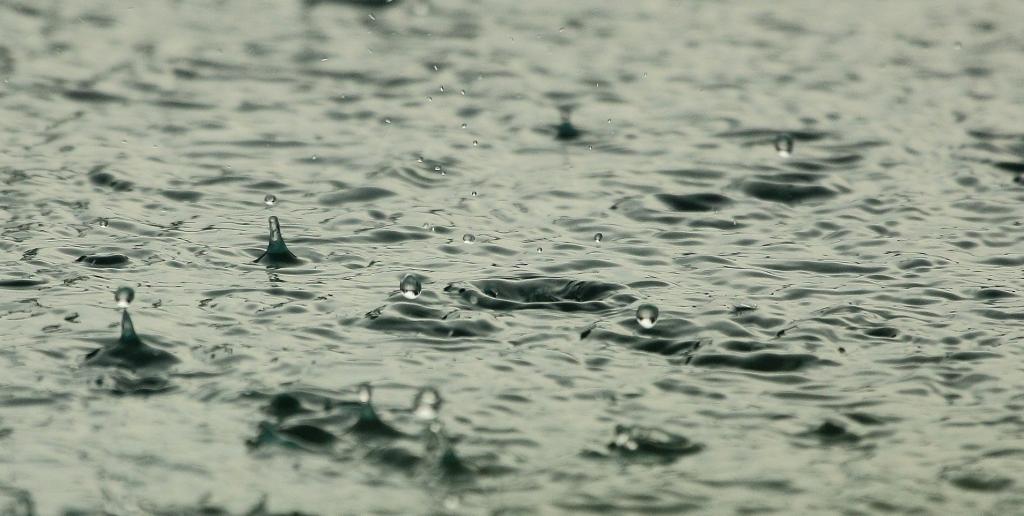 World Water Day is an international observance day, marked on March 22 every year to celebrate water. It is a day to raise awareness and inspire people around the world facing water crises and to take actions advocating the sustainable management of freshwater resources.

The idea of this international day dates back to 1993 when the United Nations General Assembly designated March 22 as the first World Water Day. UN-Water selects a theme for each year in consultation with UN organisations that share an interest in the core focus of that year.

The theme for this year, 2020, is “Water and Climate Change” and explores how the two issues are inextricably linked. Further, with the launch of the Sustainable Development Goals (SDGs) or Universal Goals in 2015 by the United Nations General Assembly, World Water Day supports the achievement of the SDG 6, which calls for water and sanitation for all by targeting on universal access to clean water, sanitation and hygiene or WASH.

Today, climate is changing at an alarming rate, becoming the biggest emergency facing humanity across the globe. The response to it has been poor, with a significant rise of carbon dioxide emissions (CO2) by 11 per cent over the past decade.

Drastic climate change is attributed to human activities that are altering the composition of the global atmosphere and natural climate variability observed over comparable periods of time.

According to the India Meteorological Department (IMD), there is an average temperature increase by 0.6 degrees Celsius (°C) between 1901-10 and 2009-18 that points to a more alarming picture if climate change continues unhindered in India.

A study conducted by non-profit Climate Central states that the most significant change in estimates of sea level rise was in Asia and especially in India, by the next 30 years if carbon emission is not cut down.

In recent years, extreme weather events have become more frequent and intense across the country. According to IMD, the consistent seasonal cycle and reliability of the annual monsoons has been disturbed in recent years and the steady combination of rains and sun has altered to long periods of inadequate rainfall, followed by intense rain causing droughts and floods.

There is an alarming sense of inaction today against drastic climate change across the globe. Therefore, adaptation and mitigation strategies are required as a response to the climate crisis.

This is to be done by building resilience to actual or expected effects and reducing the sources or enhance the sinks of greenhouse gases through human interventions.

Water management is an essential component of successful climate mitigation and adaptation strategies, as called for in the Paris Agreement, 2015. Water is a precondition and a pervasive element to life, essential for a sustainable development of the environment.

However, with the growing global population, the demand for water is also increasing consequently. This is further depleting natural resources, damaging the environment in many places.

The increase in the global Water Footprint is therefore leading to a negative impact on the volume of water sourced from surface or groundwater resources. With urbanisation, domestic water use is one of the causes that is accelerating the blue water footprint, which may soon result in an acute water scarcity across the city of Guwahati.

It is high time that we realise the importance of water in significantly adapting and mitigating climate change.

There are sustainable, affordable and scalable water and sanitation solutions to mitigate change in climate. At a local level, installing energy efficient pumps can save the energy demand in water supply and wastewater treatment; thus, increasing the energy efficiency.

Additionally, reduction of non-revenue water, metering of water consumption, utilisation of regulated treated wastewater for irrigation and also switching to water-saving technologies in agricultural and industrial sectors can contribute to a great extent in energy efficiency.

Through production of renewable energy and recovery — turbines along the water supply and wastewater systems for hydropower generation, biogas from the wastewater treatment process — climate change can be mitigated to a substantial level.

Practicing climate-smart conservation agriculture through to improve soil organic matter and transforming waste into a source of nutrients or biofuels / biogas can address both, food security and climate change.

Considering the municipal solid waste generation in Guwahati, there is a potential to convert organic waste generated into biogas through bio-methanation and produce electricity.

“Water is to adaptation what energy is to mitigation” (World Bank Group, 2016), which means that reliable, clean water resources help in absorbing and adapting to changes brought due to climate emergency. Rainwater harvesting is useful in regions with uneven rainfall distribution as a sustainable alternative source for clean water and helps implementing adaptation measures to reduce flooding.

Guwahati has been affected by recurrent flash floods and heavy rainfall during the summer for a number of years. By mitigating the urban artificial flood, the changing climate in the city can subsequently be adapted.

The rainfall data of the city from the IMD shows that Guwahati has a potential for rainwater harvesting which can further reduce the groundwater extraction per day to a significant extent.

Conserving, maintaining or rehabilitating coastal mangroves and wetland ecosystems is another way of reducing climate change vulnerability through capturing and storing carbon to reduce atmospheric greenhouse gases and providing resilience to hazards such as flooding, storm surge and coastal inundation.

The presence of the Deepor Bil, the Borsola and Sarusola Bils, and the Silsako Bil, give Guwahati an environmental advantage. Deepor Bil, a wetland and permanent freshwater lake, has been declared as a Ramsar site on the basis of its biological and environmental importance.

However, the wetlands in Guwahati are deteriorating at a rapid pace due to encroachment, poor water quality, biodiversity loss and several other urbanisation impacts. Therefore, there is an urgent need to conserve the wetlands in the city by including them into development plans and projects.

Other natural systems include aquifers, that represent a key component in reducing the risk of short-term water shortage while increasing water security through climate adaptation measures.

Forests and peatlands considerably provide for carbon sequestration by storing carbon dioxide for a long term. Currently, overuse of groundwater in various pockets of the city has resulted in stressed aquifers.

Most of all, it is imperative to understand water dependency and related climate risks at the individual level. As one campaign message says, “Everyone has a role to play. It is surprising how many water actions anyone, anywhere, can take to address climate change”.

An average shower uses about five gallons of water per minute. If a shower shortens by two minutes, the water use is cut by 10 gallons. Therefore, it shows that taking shorter showers is a great way to save this precious resource.

Dietary changes and eating more plant-based food at individual level can reduce greenhouse gas emissions by up to eight giga tonnes a year of carbon dioxide equivalent. Researches indicates that there is a significant increased share of deforestation in CO2 emission, contributing to a significant rise of tCO2 for the last 50 years.

Powering down when electronic devices are not in use, saves on power generation. Shopping sustainably can also contribute towards saving the planet from global warming as some textiles use water equivalent to what a person drinks in 10 years, like jeans for instance.

Also, an estimated one-third of all food produced globally is lost or goes to waste. Hence, reducing the food wastage by individuals reduces demand on agriculture, subsequently reducing the demand on water.

Water is thus an enabling as well as a limiting factor in humanity’s ability to mitigate and adapt to climate change. There is a need of sensitising local communities and creating awareness at various urban local bodies about the fundamental concepts, likely impacts, possible mitigation and adaptation alternatives, and global experiences on climate change.

Pratiksha Baruah is an Assam-based architect and environmental planner. Views expressed are her own