Breaking the cycle of poverty: Financial freedom for tribal women

For tribal communities, financial freedom translates into financial literacy, with which comes the access to various government safety nets and rights 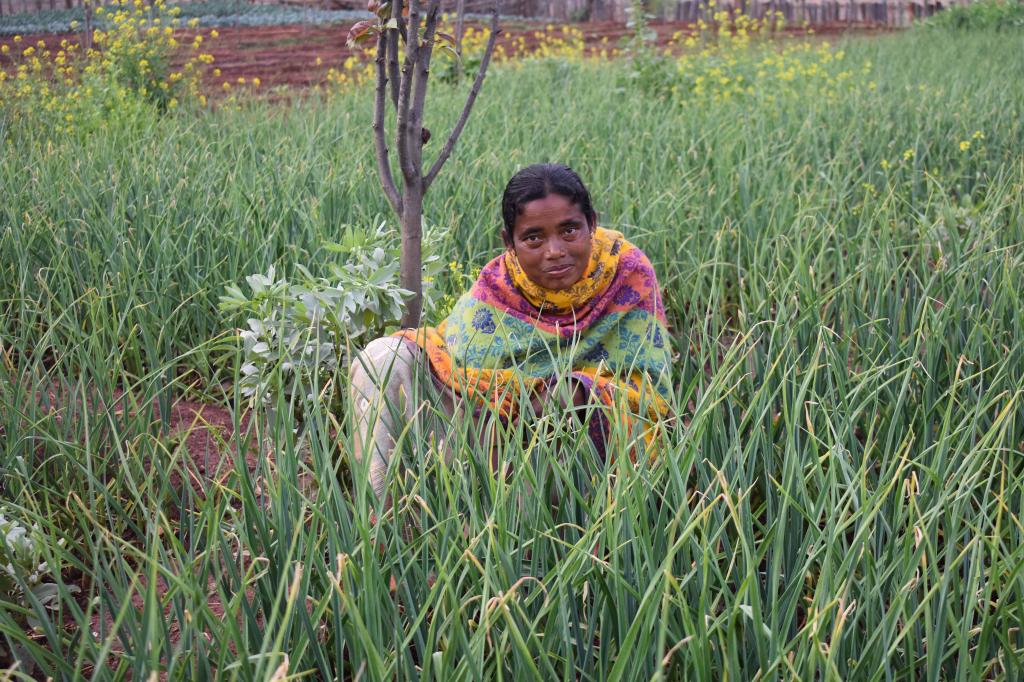 Self-help groups helped Jasho Devi to come out of poverty and provide for her children.

Nawatoli village in Jharkhand’s Latehar district is home to at least 52 families. A small, picturesque village, it is nestled within the folds of the Netarhat forests, famous for its wildlife and beautiful sunset viewpoints.

It is, however, a remote location, barely connected with the rest of the civilisation by a long, mostly isolated route of winding road.

Jasho Devi lives with her husband, Dondwa Briji, and eight children there. Like most people in her village, Jasho belongs to the Birjia tribe, a particularly vulnerable tribal group (PVTG).

The PVTG are often identified by some common characteristics such as their dependence on pre-agricultural modes of living like hunting and gathering, geographical remoteness of their natural habitations and persistent maintenance of isolation from the rest of the world.

Being exposed to dangers from the wildlife; suffering from water supply problems; and living in one remote corner of the district has affected the life of this tribe adversely.

Not only do they suffer from abject poverty, but also from the lack of awareness about the government schemes and entitlements.

What worries Jasho and Dondwa the most is the fate of their eight children — whether they would have access to a healthy life and opportunities to do well.

When Trickle Up — a non-profit that works to empower people living in extreme poverty — and Jharkhand State Livelihoods Promotion Society (JSLPS) started working in their village, Jasho saw this as an opportunity to change the story of her life as well as that of her children’s. One of the first things that the intervention introduced Jasho to was the concept of a self-help group (SHG).

Jasho found it hard to believe in the beginning that women like her could bring a change in the ways their village functioned, and more importantly, in the way they lived.

But she decided to keep faith and contributed Rs 10 to the group’s savings every week. With a little help, Jasho and her group members started getting access to the entitlements.

Today, Jasho has her own bank account, an Aadhar Card and a job card. She receives a monthly pension as well. She has received her pucca (solid / permanent) house under the Birsa Awas Yojana.

She recently borrowed Rs 3,000 from the SHG. “I bought the seeds and saplings with the money I borrowed and now I have started cultivating various crops in my backyard. There’s garlic, onion, papaya, radish, cabbage, cauliflower, mustard and pear, the most abundantly grown fruit in my area,” she said.

“I have been able to grow more than two quintals of garlic. I sell it for Rs 150-200 in the market and that gets me a good deal,” she added.

Jasho also bought a cow and some chickens. “I can think of making some dreams come true. This is a total transformation from the time I thought I could barely survive another day,” Jasho said.

Baha from Murgadanga village in Jharkhand’s Pakur district has a similar story. She belongs to the Santal tribe. Till 2015, she was a wage labourer who worked odd jobs to sustain her family. And then things turned around.

Baha was selected to be a part of the SHG by Trickle Up and JSLPS. She soon received a seed grant and bought two goats. Working with field staff, she guaged that livestock would be her best bet since she didn’t own any land. She eventually learned to rear livestock. 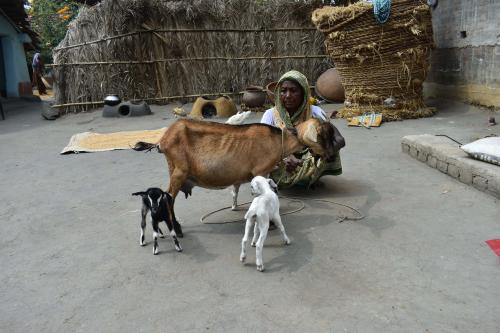 “I have learnt a lot about livestock rearing from the trainings that I have been attending regularly. All my goats are properly vaccinated. I will build a goat shed soon,” she said.

Today, Baha has eight goats, one cow and about 50 chicks and chickens.

A few years ago, Champia did not know how to feed her two children every day. Not only was she weak and tired all the time, but also lacked the confidence to talk to anyone.

While rearing livestock, she earned Rs 8,000, out of which she spent Rs 5,000 on the construction of her house and the remaining on her household expenses.

She then got a bank account in her name opened at the Canara Bank branch of Chhotanagra. Soon, Champia received the first instalment of the seed grant of Rs 1,000.

She immediately bought chicks for rearing and used the rest of the money to cultivate long beans and tomato, making a profit of Rs 6,000.

“My smart phone and the training mobile application empowered me. I felt very confident,” Champia said. 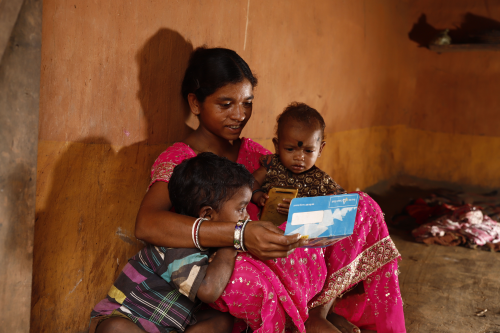 Mirju Champia trained herself in livestock and business management

In tribal communities living in some of the most remote corners of the country, financial freedom also translates into financial literacy with which comes the access to various government safety nets and rights, leading to an opportunity for a more productive and prosperous life.

While we celebrate the 74th Independence Day during one of the most distressing times in our recent history, a focus on creating financial freedom for the most vulnerable sections of our society may help them become more resilient towards such shocks and help them break free from poverty.