Brick Kilns: A case for promoting rural industries in the future

The role played by India’s brick kilns during the COVID-9 crisis, puts up a case for preserving rural industries that are readily adapting to environment-friendly technologies and practice 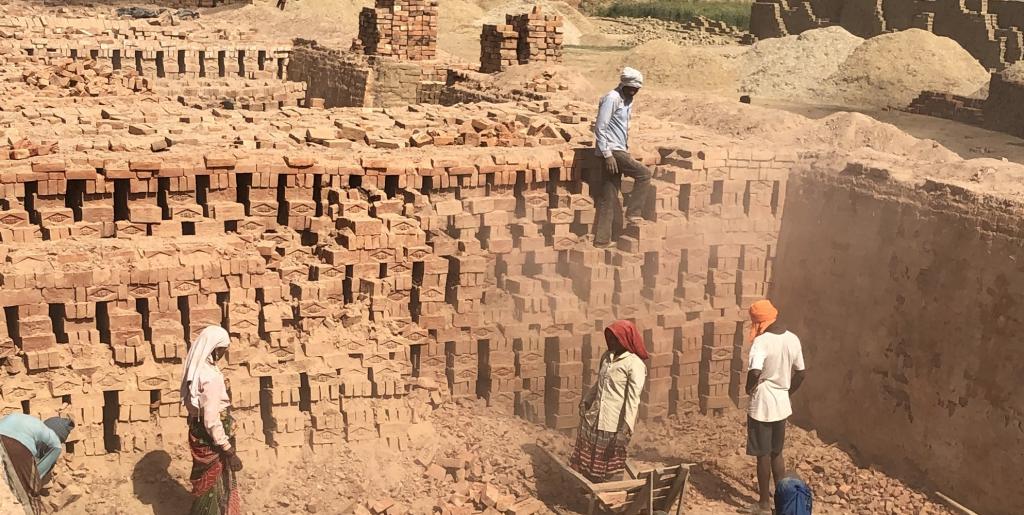 As the grave crisis of novel coronavirus disease (COVID-19) started to loom upon us, a nation-wide lockdown was declared on March 24, 2020 by the Prime Minister of India. With this sudden lockdown, all urban and rural economic activities came to a halt.

The clay brick industry, which is largely a rural-based industry, also had to shut down initially, posing a risk for the large number of migrant workers involved in this sector, who got stuck with no work and resources at hand and their homes miles away.

Very soon after the lock down, we all witnessed how the migrant labour force around the country was trying to reach their homes through any means, especially without access to any form of public transportation.

With the increasing number of labourers trying to reach home, came the increased risk of the disease's spread to another level. The question remained with lakhs of such workers that if they did not go home, how would they be fed and where would they find shelter with their workplaces being shut?

Finally, on April 15, 2020, the Union Ministry of Home Affairs issued guidelines under which, brick kilns were allowed to operate from April 20, 2020. This permission was given with a set of conditions that social distancing shall be maintained at all times and hand washing and cleaning of common surfaces should be mandated at the manufacturing units.

Delhi-based non-proft Centre for Science and Environment (CSE)’s team got in touch with brick kiln owners from different states like Punjab and Uttar Pradesh and tried to understand how the brick kilns had been running operations during the new normal and their role in the overall crisis.

The various operations in brick kilns, that would require precautions are clay preparation, green brick manufacturing, loading of green bricks in the kiln, firing of the kiln and unloading of fired bricks from the kiln.

Along with this, precautions also need to be taken in the living quarters where the labourers reside and also with respect to any other social activities at the kiln.

“Regarding that, we have already directed our supervisors to allow only a limited number of workers at a time for loading and unloading and maintain the mandatory distance. We have directed our workers to cover their faces at all times and during all kinds of operations and activities . The labourers themselves are quite aware and trying to maintain distance with each other,” he added.

Jamshed, a worker at a brick kiln in UP said, “With respect to residing in residential quarters at brick kilns, it is a very regular practice among all of us that during the summertime, the quarters are just used to keep the luggage. Usually, I and all other workers have a habit of sleeping and spending most of our time outside in the open. Also, our brick kiln owner has ensured that there are not more than two workers in each quarter.”

“We ourselves are avoiding any social gatherings at the kiln and we, as workers, are happy that we are being able to work and earn like normal days and are not forced to go home,” he added.

“I and many other kiln owners in Punjab have been arranging ration and other raw food items for their workers so that they do not have to venture out in the nearby areas,” Surinder Singhla, a brick kiln owner from Punjab, said.

Singhla said the supply of raw materials (fuel and clay) had not been an issue in the recent days.

The only major issue the kiln owners from different states have been raising is that there has been almost no sale of their bricks ever since the lockdown started. Other building materials like sand, steel etc are not available in the market and the construction activity is almost nil in major cities, that has led to no sale of bricks that are being manufactured.

“If sale remains like this for another month, more than 80 per cent of the kilns in Punjab will have to stop operations and consequently, all the labourers in these kilns will have to start moving towards their home states in large numbers which the government should again make preparations for,” Singhla said.

CSE’s team also contacted the labour department in various states to understand what measures were being taken from their side to ensure a safe and healthy working atmosphere at the brick kilns.

“A general advisory regarding the precautions to be taken with respect to the COVID-19 crisis has been issued for all types of manufacturing units that should be followed by the brick kilns as well. The advisory can be found on our department website,” SL Jangde, deputy labour commissioner, Department of Labour, Chhattisgarh, said.

One of the employees of the labour department in Baraut, UP said, “We have been holding meetings with local brick kiln association heads and labour union heads, and have explained to them the necessary steps that need to be taken in this times of crisis.”

Satyabrata Nath, joint labour commisioner, Directorate of Labour, Tripura said, “Due to the advent of the rainy season in our state, the brick kilns are not operational here and therefore, we have been making arrangements to transport around 38,000 migrant labourers, including brick workers, to their respective states.”

This whole crisis raises some significant questions about our ways of industrialisation until now, that have been in and around densely-populated urban areas. First, the crisis has highlighted the lack of proper amenities available to migrant labourers involved in various sectors in urban areas around India.

Consequently, this highlights the significance of rural industries that have been on the decline over the years with a very few left now to provide employment to these workers in their own areas.

A question arises about how willing will these migrant workers will be to return back to these densely-populated cities for work where they got trapped in these times. This is an opportunity, a window, to start afresh on building our rural industries to generate employment for the local population.

The brick industry, which is largely a rural industry, employs a large number of migrant labourers, that is already reducing and should reduce in the coming times. However, it is also a rural industry that played a big role in these times of crisis by supporting the workers associated with them (local as well as migrant) in the rural and peri-urban areas.

We can surely conclude that the role played by the brick kilns in this time of need, surely puts up a case for preserving rural industries which are readily adapting to environment-friendly technologies and practices. They can be an answer to the looming crisis of migrant labour, pandemics and pollution in our cities.