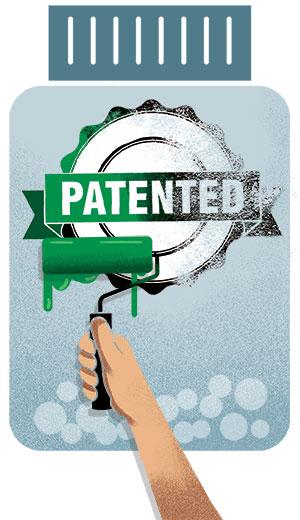 The irony, shocking in every way, is that the country which passed unique safeguards to bar dubious pharmaceutical patents is the one merrily allowing such patent claims to go through unchecked. The irony is that India has come under tremendous pressure from the US and the powerful lobby of the multinational drug companies for these very same laws that the Patent Office is refusing to apply.

Primarily, the issue relates to Section 3 of the Indian Patents Act which lays down what are not inventions and, specifically to sub-sections 3d, 3e and 3i. Of these, it is, of course, 3d which has invited the ire of the drug giants because it bars patents on: “the mere discovery of a new form of a known substance which does not result in the enhancement of the known efficacy of that substance or the mere discovery of any new property or new use for a known substance or of the mere use of a known process, machine or apparatus unless such known process results in a new product or employs at least one new reactant.” Even more than a decade and half after India passed its intellectual property laws to conform to WTO requirements, Section 3d continues to be the target of systematic lobbying by the drug majors.

Yet, it turns out that India’s Patent Office has been completely lax in applying these safeguards while granting a vast number of pharma patents. A just released study by a group of academics, IP experts and scientists reveals that the majority of patents granted for pharmaceuticals are secondary patents, “granted for marginal improvements over previously known drugs for which primary patents exist”. The report How our safeguards against evergreening have failed, and why the system must be reformed details the dismal state of affairs at India’s Patent Office.

It identifies drug patents granted in likely contravention of laws against evergreening, that is, extending the life of a patent through minor incremental changes, from a list of 2,293 patents granted between 2009 and 2016. The researchers led by Feroz Ali, an advocate of Madras High Court who holds the Department of Industry Policy and Promotion (DIPP) chair at the Indian Institute of Technology-Madras, scrutinised the prosecution history of some grants and the claim language of all granted patents to arrive at some shocking findings. As much as 72 per cent were secondary patents granted for marginal improvements on previously known drugs for which primary patents exist.

This, it turns out, is not the worst of what the researchers uncovered. Just a fraction (15 per cent) of these secondary patents was subject to proper scrutiny and is accompanied by a detailed written order of the Controller. In most cases, the relevant exception to patentability was not spelt or cited in detail in the final written order.

It’s a fact that the Patent Office was, till a few years ago, short of examiners. But what would that excuse such gross laxity on its part, specially when scrutinising patent claims under the lens of Section 3d? The report is useful because it matches the various sub-categories of patents to the statutory exceptions to patentability that they violate.

It’s also true that IP analysts have found odd inconsistencies in the way the IPO operates while handling claims for different secondary patents for the same drug, allowing some and rejecting others without elucidating the grounds for such action. What it does do is impact access to medicines for a variety of diseases.

The report’s final point is that seven out of 10 patents granted by the IPO were “likely granted in error”. And since no claim for a secondary patent made “an appropriate and valid submission”, all of them contravene the laws against evergreening. The pharma giants should relax. Section 3d is not the lethal law it’s made out to be.