In 2017, farmers will need more credit support than ever. Will the government come to their rescue? 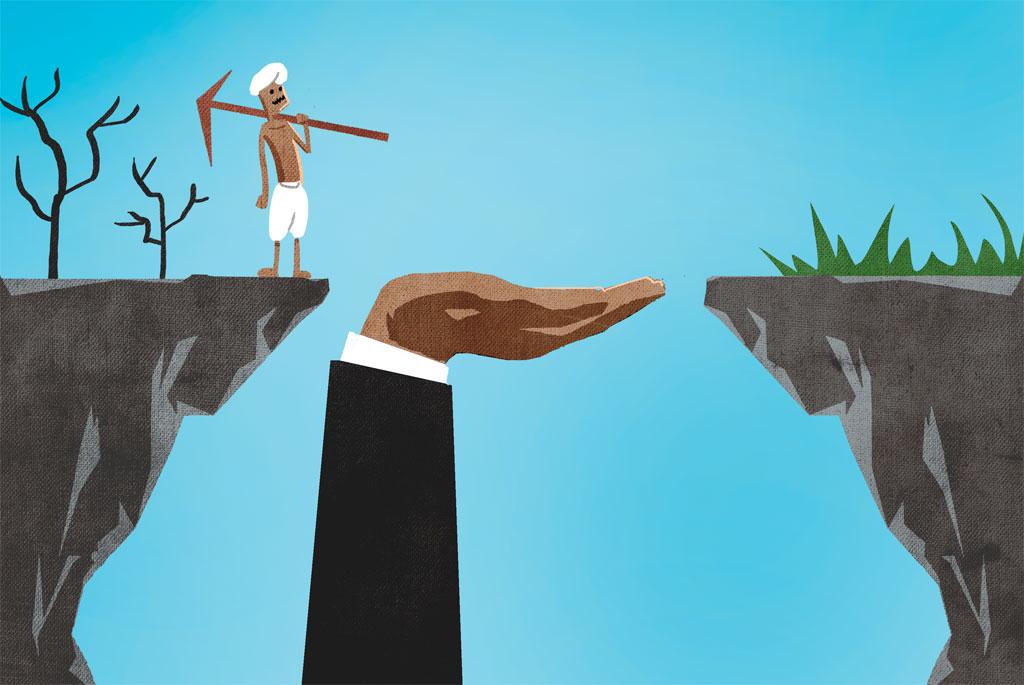 The national Crime Records Bureau recently announced the annual data on farmer suicides. In a span of just one year—from 2014 to 2015—cases of farmer suicide have gone up by 42 per cent. For more than 15 years, this data has been released with diminishing attention, as if as a nation we have become immune to such unfortunate deaths. But, the numbers are only shamefully increasing, and from new regions. Death has become an occupational hazard for the farmer.

Hardly 48 hours after the data was declared, it made customary appearances in the media as a token of the latter’s social responsibility. This was followed by the usual, but highly insensitive, burial of the news. For all those high decibel debates over demonetisation and its impact on the rural economy, the new data on farmer suicides should have forced us to ponder as to why 2017 is going to be more deadly for farmers. Here’s why.

During the time the data was released, another piece of news hogged headlines: the historic low in bank credit to businesses, individuals and farmers during November and December, 2016, due to demonetisation. There was also news from Tamil Nadu: More than a hundred farmers had committed suicide in just a month. The state is facing a severe rainfall deficit and is usually known for the high intake of farm loans. This is where the alarm bell should not have just rung, but triggered emergency rescue operations for an impending agrarian crisis.

The spurt in suicide cases among farmers has happened in the past two years due to a severe drought. During this period, all support mechanisms like rural credit and back-up schemes in villages suffered from an acute loss of political backing. Add to this, the unprecedented debt burden of farmers. Without adequate income for two consecutive years and with a mounting debt to pay off, farmers looked up to a normal monsoon in2016. The heavens were kind, and the farmers harvested a bumper summer crop. But the government deserted them. Demonetisation resulted in the crash of the agricultural produce market, dashing the hopes of farmers, who were trying to compensate for the lost two years of income.

What will happen to the farmers now? First, they will seek more loans not just to survive, but also to prepare for the next summer crop as well as to save the current winter crop. But credit from formal sources is shrinking as the recent Reserve Bank of India data shows. So they will be forced to fall back on informal lending sources with high interest rates. This will only add to their already huge debt burden. It is highly possible they will not be able to lessen this loan burden. Such a situation is the usual trigger for suicide. It is certain that this will unfold sooner than expected.

There is only one way left now for the government: increase government spending in rural areas and create emergency credit and monetary support systems for farmers on a priority. This will create income opportunities for farmers as well as give them the financial security to invest in the summer crop. The budget will be presented on February 1, a departure from the usual last working day of February. Will the budget depart from the usual declaration of schemes and make a grand gesture to rescue the farmers from this death trap?