FDI is for Free Dumping in India 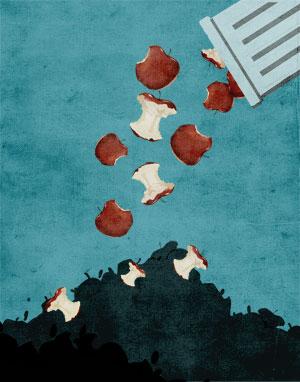 Among the few slogans that Narendra Modi has stuck to after coming to power is ªMake in Indiaº. Other buzz words and those strung together for their alliterative appeal have mostly been forgotten (thankfully) since they were just oversmart acronyms. So one expected that an innovative Make in India policy would be Modi’s focus since it would bolster the manufacturing sector which is in serious decline and also open up employment avenues, this being the single biggest challenge for the government.

The new Foreign Direct Investment (FDI) policy announced on June 20 has neatly put a question mark over Make in India. It has watered down the key norms that would have brought in new technology and spurred R&D-based industrial development. Sure, India needs foreign financing because it will run a current account deficit for the foreseeable future. Undoubtedly, the best form of financing is long-term equity, which is FDI, but only if it brings in new technologies and spurs domestic manufacture through local content requirements. Instead, the government has buckled to the demands of investors like Apple’s Tim Cook, who had demanded that the 30 per cent local content rule must be set aside.

Cook had made a high-profile visit to India in May and had met Modi to press his special demands for opening retail showrooms across the country. These shops will sell, of all things, refurbished iPhones in India. ªRefurbishedº, in case someone has doubts about its meaning, is a more polite way of describing used goods. Under the new policy, Apple is free to set up its chain of stores without having to source any raw material domestically. Exemption from local sourcing norms is offered for FDI that comes with ªstate-of-the-artº and ªcutting edgeº technology and the initial waiver for three years can be extended for another two years.

The electronics industry’s fears that such concessions to Apple would hurt local industry and also result in job losses has been brushed aside by the Union Ministry of Commerce’s Department of Industrial Policy and Promotion (DIPP). The department has made no bones about its eagerness to woo Apple and its secretary Rajesh Abhishek told a press conference immediately after the policy was unveiled that DIPP will be seeking the company’s response to the waiver provisions.

For Apple, India is a big draw now that the Chinese market is saturated. Critics of the new policy say the maker of the top 4G brand phones will be using this country as a dumping ground to sell its cheaper priced refurbished phones. Thus far, the high prices of iPhones have acted as an entry barrier. Although the iPhone is the biggest-selling 4G handset in India, the numbers have been disappointing for the company and this would explain why it has come up with a stratagem of selling used phones. Cook had admitted as much. “Our profitability is less in India, materially less, but still I recognise the prices are high (for Indians).”

The special relaxation of rules was proposed after Apple gave a detailed presentation to a committee headed by DIPP’s Abhishek on April 19. At the time, The Economic Times had quoted a department source as saying: “The committee has found the company’s products to be cutting edge and state-of-the-art.”

Apple’s technological excellence is not in dispute. What the electronics industry and supporters of Make in India want to know is how this will benefit India. Sure, bargain-hunting Indians will be pleased as punch to own knockdown iPhones but is that what the new policy is about? Would DIPP’s political boss Nirmala Sitharaman care to enlighten us on the kind of jobs the Apple FDI would create when there is no tech transfer? And would Modi tell us how Make in India will get a push?